Ah, don’t act surprised. Why should book clubs be different from all the other small groups we humans belong to: families, committees, PTAs, spy rings? It’s all clashing egos, hidden jealousies, things unsaid, and even though it’s “just books”—dry words on dry paper—we know someone, inevitably, is going to get punched in the face.The Book Club Play is a delightful new play about life, love, literature and the side-splitting results when friends start reading between the lines. 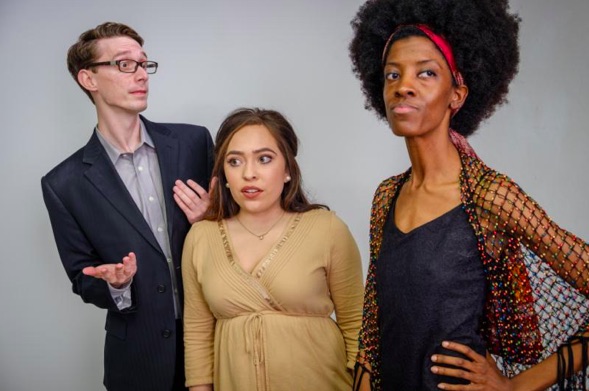