Lardo Weeping is a wonderful journey through the mind of recluse-genius Dinah LeFarge, a clever, intellectual, quite sexual woman of independent means who seldom ventures outside her apartment and refuses to answer her door unarmed. Dinah finds herself with only five dollars left to her name but claims to have "otherworldly resources" and hints at a miraculous transformation for her and her audience.

Dinah takes us through her many ideas and schemes and through this storytelling we are introduced to many feminist icons including Emily Dickenson, Gertrude Stein, Alice B. Toklas, Emma Goldman, Ann Landers, and others. We are treated to stories about her past employment as a convenience store clerk, her food journaling, and Dinah’s ongoing obsession with the “Weekly World News”. For this workshop, LOLA will be presenting the first 40 minutes of this work which features “The Dance of the Dodo”. The music of the opera is written in a varied, almost post-modern, style including many different genres, special effects, and musical quotations from famous popular music and opera.

As this is a work in progress, we encourage audience feedback during the talk back portion of the event. LOLA will present a complete version of Lardo Weeping in 2020. 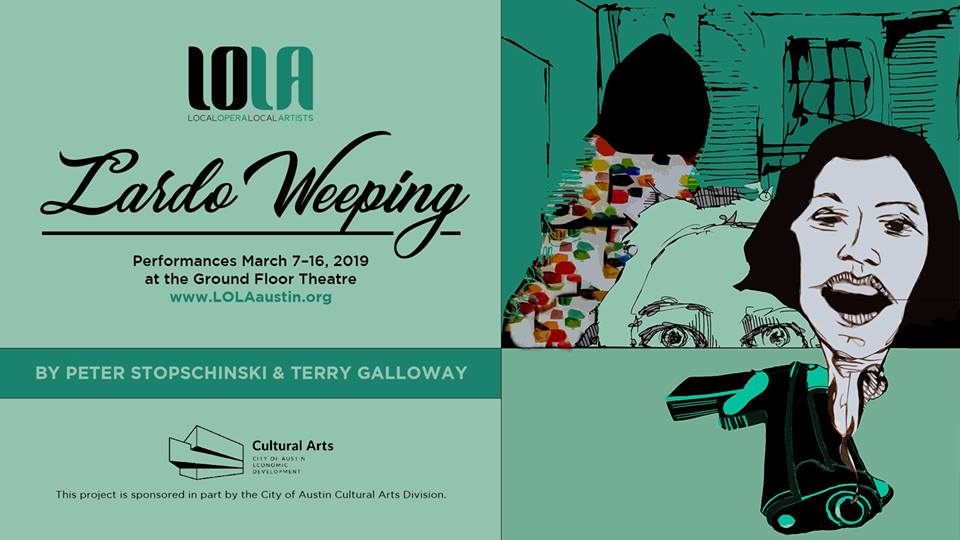