For a two-week special event, The City Theatre Company presents the comedic satire Lysistrata. With wars raging, the distressed women of Athens take matters into their own hands, refusing to make love until there is peace. This social spoof, written in 411 BCE., is as relevant to modern concerns – and humor - of today as it was in ancient Greece.

“There is no beast, no rush of fire, like woman so untamed. She calmly goes her way where even panthers would be shamed.”

Lysistrata proclaims, “Make love, not war! She is a woman on a mission, rallying her Greek sisters to put an end to a senseless war by denying their husbands their most basic desires. This comedy of an anti-war sex strike is brimming with innuendo and bawdy fun, taking a hard look at the folly of war and politics, the struggle for equality, and the eternal battle of the sexes.

Aristophanes’ plays, with their simplicity and vulgarity, were recognized and appreciated for their rich fantasy, as well as, humor and indecency.

The Playwright. From Donald L. Wasson, published on March 30, 2018: Lysistrata was the third and final of the peace plays written by the Greek comic playwright Aristophanes (c. 445 - c. 386 BCE). Shown at the Athens Lenaea festival, it was written during the final years of the war between Athens and Sparta. The author of at least forty plays, only eleven of which have survived, Aristophanes is considered by many to be the greatest poet of Greek comedy. Author Edith Hamilton, in her The Greek Way, said that all of life could be seen in the plays of Aristophanes. His comedy was a blend of wit and invention. More info at www.ancient.eu/Lysistrata/

The City Theatre Company is excited to be celebrating its 13th anniversary season of live theatre entertainment in Austin. CTC is an Austin-based, not-for-profit arts organization and is sponsored in part by the Austin Creative Alliance and the Austin Cultural Arts Division. Founded in 2006, the company has been recognized by the Austin Critics Table Awards, the B. Iden Payne Awards, the Central Texas Excellence in Theatre Awards, Austin Live Theatre, BroadwayWorld Austin and has twice been voted “Best Theatre Company” by Austin American-Statesman’s Austin 360.

CTC is dedicated in providing quality theatrical experiences and entertainment for Austin artists and its community and continues the commitment to making productions accessible for everyone. CTC offers its discount ticket program with $10 Thursday seats and $12 student seats for any show. The ticket discount is available throughout the 2018 - 2019 season. 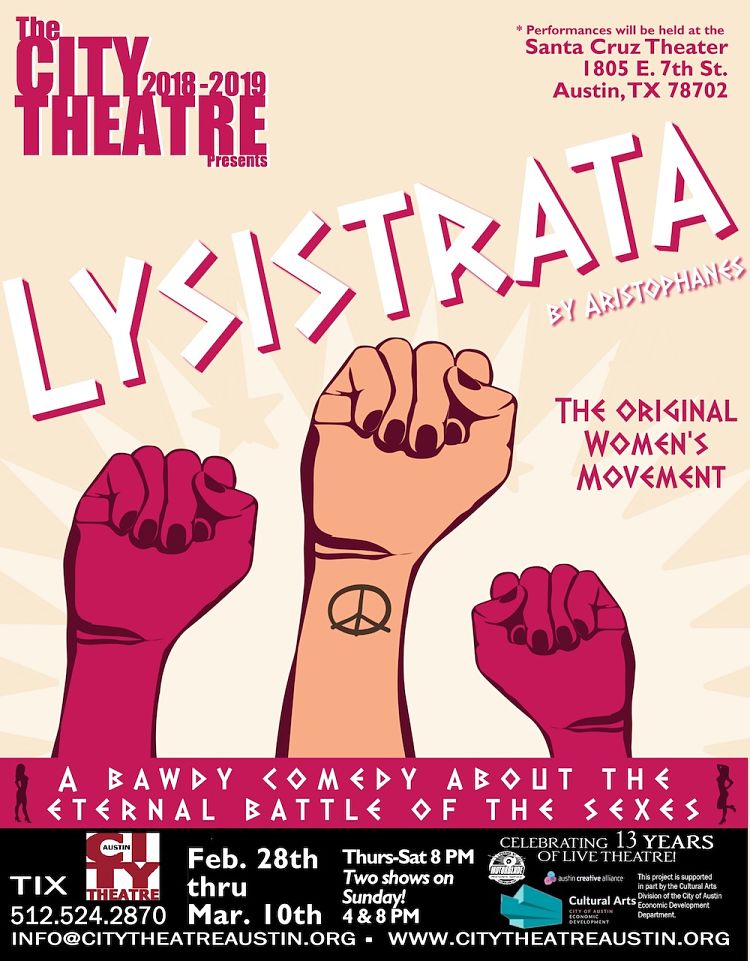 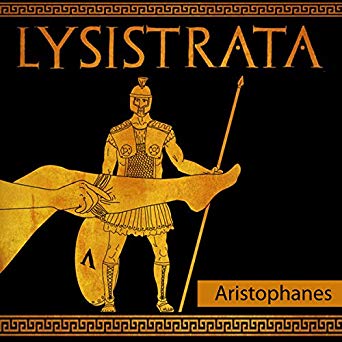