The Magik Theatre kicks off its 25th anniversary season with Schoolhouse Rock Live! The Emmy Award-winning 1970s Saturday morning cartoon series that taught history, grammar, math and more through clever, tuneful songs is not only making a small-screen comeback, it's lighting up stages all around the country. Featuring such songs as "I’m Just a Bill," "Interplanet Janet,” and "Conjunction Junction," Schoolhouse Rock Live! follows Tom, a nerve-wracked school teacher who is nervous about his first day of teaching. He tries to relax by watching TV, but various characters emerge and show him how to win his students over with imagination and music. The show was last on Magik’s stage in 2011, and returns under new direction.

“We’ve brought in David Saar, the founder of Childsplay in Arizona, to consult artistically this season while we search for a new Artistic Director.” says Chief Executive Officer, Frank Villani. Magik’s former Artistic Director, Frances Limoncelli, left the theatre last spring. “Members of the team from Childsplay are coming in to remount their national tour production of the show for San Antonio audiences.” One of those team member is Director Anthony Runfola. “Even though ‘Schoolhouse Rock’ may not be on TV anymore, the show is still used in classrooms by the teachers that grew up with it,” says Runfola. “The show will bring back great memories for the adults. But for the children, it’s going to connect directly with their lives right now. I can only hope the music stays with them as it did with me and my generation.” The show features familiar Magik faces, with Rebekah Williams (Shulie), Rosa Gardner (Dina), and Louie Canales (George) in the cast. They are joined by Magik newcomer Darcell Bios (Tom).

Schoolhouse Rock Live!
by based on the 1970's children's television series
Magik Theatre

Tickets are $15 for adults and children; student, senior, military and educator discounts are available.

Special Performances at The Magik Theatre

Remix Magik - Adults 21+ Only: October 13 at 6-9 p.m. Relive your childhood and come to a show at The Magik Theatre without the kids. Enjoy drinks, a show, and a costume contest sponsored by our Event Partner, the San Antonio Current.

Military and First Responders Performance: October 20 at 2 p.m. Magik appreciates all of the selfless heroes in the community who put their lives on the line. To celebrate them, active or retired members of the military and first responders with I.D. pay $5 per ticket for their entire party for this performance.

American Sign Language Interpreted Performance: October 27 at 2 p.m. The Magik Theatre is joined by Robert Cardoza, the San Antonio theatre community’s primary sign language interpreter, to offer at least one ASL interpreted performance for every production of the 2017-2018 season. 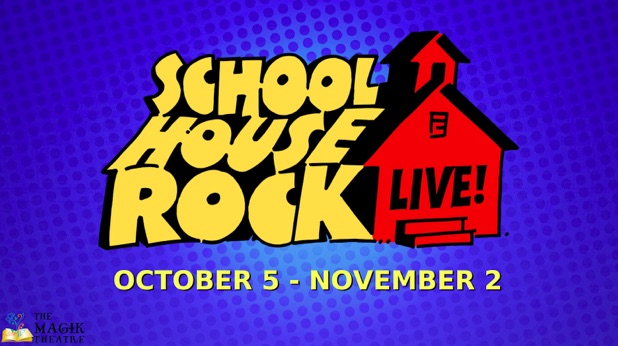