Beauty and the Beast
by Zach Theatre 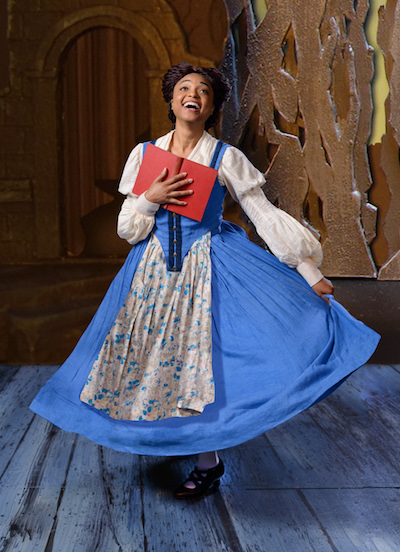 ZACH Theatre is proud to announce the cast for the worldwide smash hit musical, Disney’s Beauty and the Beast  featuring the animated film’s Academy Award®-winning score with music by Alan Menken and lyrics by the late Howard Ashman, with additional songs composed by Alan Menken and lyrics by Tim Rice, and book by Linda Woolverton. Disney’s Beauty and the Beast from July 11–September 2, 2018under the direction of Associate Artistic Director Abe Reybold with musical direction by Allen Robertson and choreography by Sara Burke.

Be Our Guest! This “tale as old as time” follows Belle, a book-smart and adventurous young woman and the Beast, a formerly dashing young prince cursed by an enchantress. If the Beast cannot learn to love and be loved in return, he and his household including Lumiere, Cogsworth, Mrs. Potts, and Chip will be trapped forever under the spell. The Broadway smash hit showcases a merry, award-winning score with favorites such as “Beauty and the Beast,” “Gaston,” and “Be Our Guest.” This delightful family musical enchants and transforms hearts of all generations.

With this timeless story, Director Abe Reybold expressed his enthusiasm on bringing Disney’s Beauty and the Beast to the Topfer Stage this summer, “Sharing this story about the transformational power of love with a multi-generational audience fits beautifully within ZACH's mission to entertain, to inspire and to ignite the imagination. This may be the first stage show that many young people see, and I am creatively charged to make Beauty and the Beast magical, truthful and filled with laughter. The design team has done wonders and I am excited to work with the talented cast on this well-crafted Disney classic with its big melodic heart and so many wonderful lessons within.”

Age Recommendation: Six and up

Two hours and 40 minutes including one intermission

Special Events in celebration of Disney’s Beauty and the Beast:

The Moody Foundation and AT&T are Presenting Sponsors of Disney’s Beauty and the Beast with Silicon Labs as       Leading Sponsor, Maria and Eric Groten and Carl and Claire Stuart as Executive Producer Plus, Anna, Cindy, and John Greenwood, Carla and Jack McDonald, Michelle and Erik Natinsky as Executive Producers, and Norton Rose Fulbright and KMFA as a Supporting Sponsor.

Beauty and the Beast
by Walt Disney Studios
Zach Theatre