"You know what your problem is? You don’t understand your place in the world. You think if you dress like a toad and use dry shampoo 5 days a week that you’ll somehow earn some equality rights and get out of using your boobs for what they’re meant for - letting babies ogle them and men suck them." 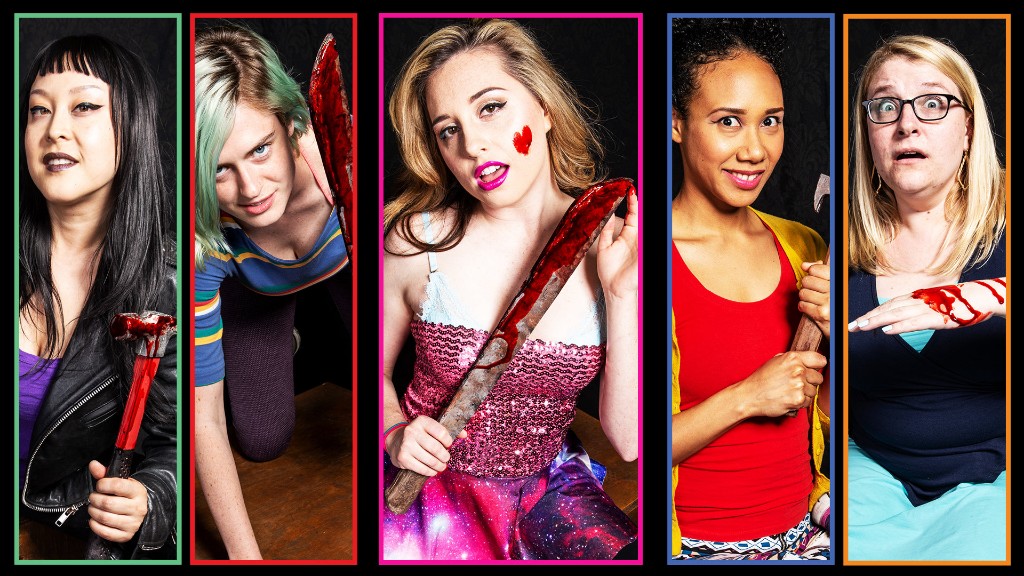 Join American Berserk Theatre for their most vibrant and bloody foray yet in the world premiere of their brand new pop horror revenge comedy, Killer Girls.

When Rita, Darlene, Mallory, Issa, and Summer, five female students from John Wilkes Booth University (JWBU or "joo-boo" for short) in #yesallmen, Texas, find out their humble Fruit Ninja Team has been invited to a big tournament in #grabherbythepussy, Florida, they have no idea their already challenging daily life in a world of toxic masculinity is about to go into overdrive, forcing them to do the unthinkable. Payback's a bitch.

Killer Girls is the third fully scripted theatrical production of American Berserk Theatre, whose “brilliantly performed” 2016 production Subject to Control and 2017 production For Time and Eternity were both warmly received by the Austin Chronicle. It’s the passion project of playwright and director Kaci Beeler, brought to life using a unique creation process drawing on the company's skills in improvisation, sketch comedy, and intuitive storytelling.

Further details are available at:
http://www.americanberserktheatre.com.

WARNING: This show is in an intimate venue and features blood and gore FX, strobe lights, loud noises and music, and R-rated language and content including themes of high violence and sexual assault.