A Wrinkle in Time
by Texas State University

One of literature's most enduring young heroines, Meg Murry, is back--braces, stubbornness and all. Once again, she's joining forces with Mrs. Whatsit, Charles Wallace, Calvin O'Keefe and more to battle the forces of evil so she can rescue her father, save humanity and find herself. In the end, we know two things for sure: 1. Love CAN overcome evil and 2. There IS such a thing as a tesseract. 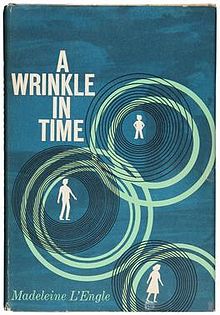