The Balcony
by The Public Theater

The Balcony is historical fiction about a young Black man, Lee Johnson, in 1913. Mr. Johnson is accused of murdering San Antonio's most beloved physician, Dr. Augustus Maverick. The city of San Antonio is up in arms, threatening to lynch the young man before he has his day in court. The Bexar County Judge hides the young man in his chambers to keep him from being killed by the 1,500 angry citizens in the street outside the courthouse. The trial testimony reveals some surprises that no one anticipated, but Mr. Johnson becomes a victim of his circumstances.

The Balcony is an original play written by attorney and author Lee Cusenbary, who has been a contributing writer to The Renaissance Guild's series "Divas and Men of Eastwood," receiving the Best Script Award from ATAC for his script, "Men of Eastwood," produced at the Carver Center.

The Balcony
by Lee Cusenbary
The Public Theater

The Balcony runs February 27 and February 28, 2018 in the Cellar Theater. For tickets and more information, visit our website at thepublicsa.org. 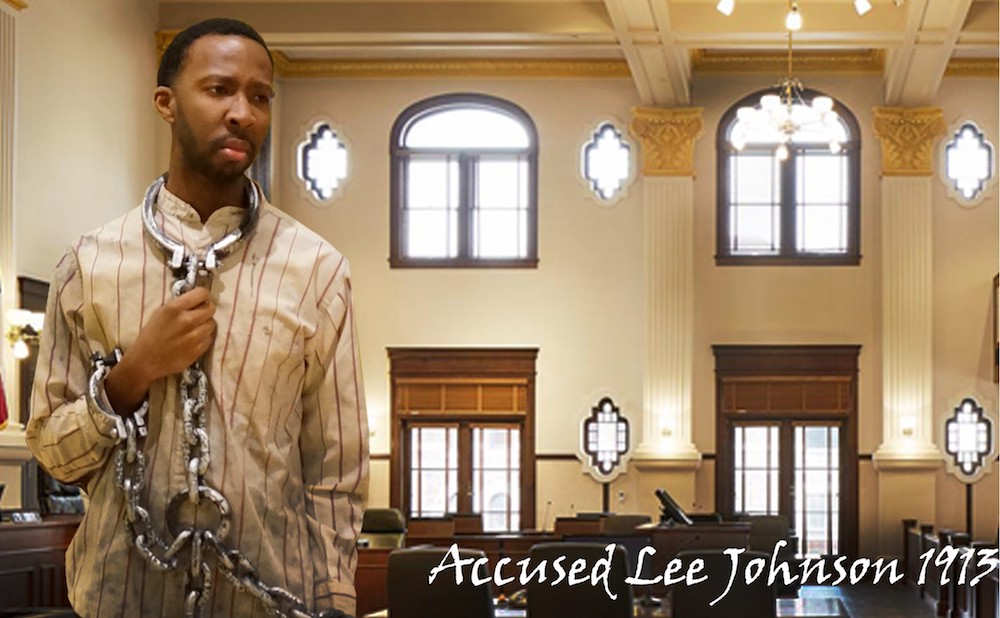