York
by The Public Theater

The Lewis and Clark Expedition told through the eyes of York, William Clark’s personal manservant and slave.
York tells the story of William Clark’s manservant/slave, who was the only Black member of the Lewis and Clark Expedition, 1803-06. David Casteal, who has created the drum rhythms for this piece, will portray York. The focus is ultimately on York’s spiritual journey as a slave, particularly in light of the freedom and celebrity he experienced as a result of his involvement in the Corps of Discovery expedition. The portrayal of York is from age four until five years after the expedition, tracking his journey from submissive slave to accomplished and outgoing frontiersman, to an archetypal Black American.

York
by David Casteal and Bryan Harnetiaux
The Public Theater 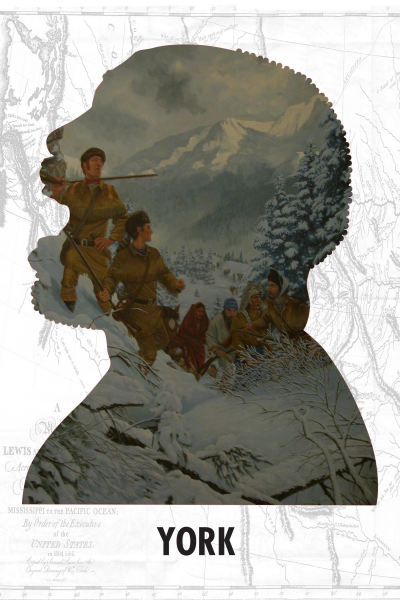