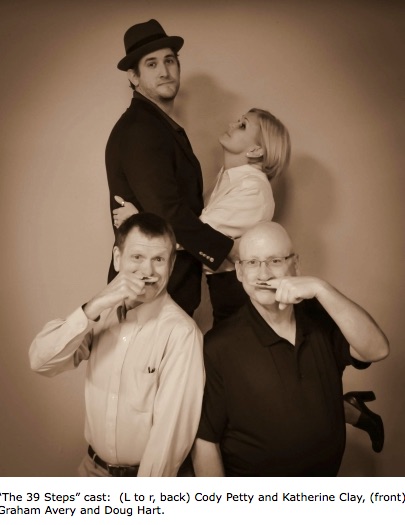 Inspired by Alfred Hitchcock’s iconic film, and the classic spy novel, “The 39 Steps" is a thrilling, hilarious noir adventure that plunges you into the world of Richard Hannay, an ordinary man forced to go on the run after aiding a mysterious woman. From the shadowy streets of 1930s London to the wild moors of Scotland and beyond, “The 39 Steps” traces Richard’s madcap quest to keep government secrets out of the wrong hands.

Cody Petty, previously seen on the HCCT stage in “Rabbit Hole” and “A Don’t Hug Me Christmas Carol”, takes the role of Hannay, the unwitting victim of circumstance who finds himself wrapped up in a world of intrigue and deception. Katherine Clay, who you may remember from HCCT’s “Murder Weapon”, takes on all three female roles for this show.  Sharing all the other roles in the play are Graham Avery and Doug Hart who between them play about forty different characters.

Mix a Hitchcock masterpiece with a juicy spy novel, add a dash of Monty Python and you have “The 39 Steps”, a fast-paced whodunit, opening at the Hill Country Community Theatre on February 15, and running through March 4.
Our suave hero, Richard Hannay, learns from a beautiful spy about a plot of international espionage. The woman is killed in Hannay's flat and he suddenly finds himself caught up in a race from London to Scotland in hopes of stopping military secrets from being smuggled out of the country. As he searches for the secret of the 39 steps, he is doggedly pursued by the police who believe he is a murderer.
“I know that a production is going to be a success when the actors are having as much fun and creating as many laughs as this cast is in rehearsals,” said Laura Gisi, the show’s director.  “Audiences will love this show because they will be fascinated watching four actors portray a multitude of zany characters while being engaged in a suspenseful and hilarious plot.” 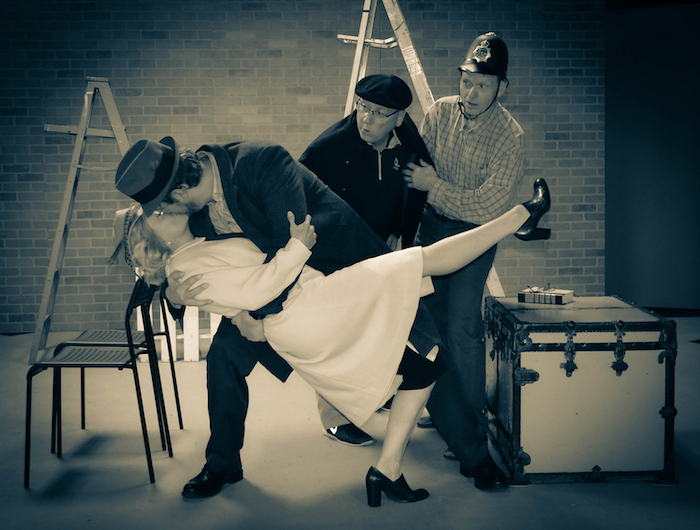 Alfred Hitchcock’s The 39 Steps, adapted by Patrick Barlow, will be presented at the Hill Country Community Theatre, 4003 W FM 2147, Cottonwood Shores, TX 78657.  Performances will be on Thursdays, Fridays, and Saturdays at 7:30 PM and Sunday matinees at 2:15 PM.
Admission is $20 for adults and $10 for students with a valid ID.  Reservations can be made by calling (830) 798-8944, online at www.theHCCT.org, or at the box office February 8 for the general public.  HCCT season subscribers and may make reservations starting February 5. 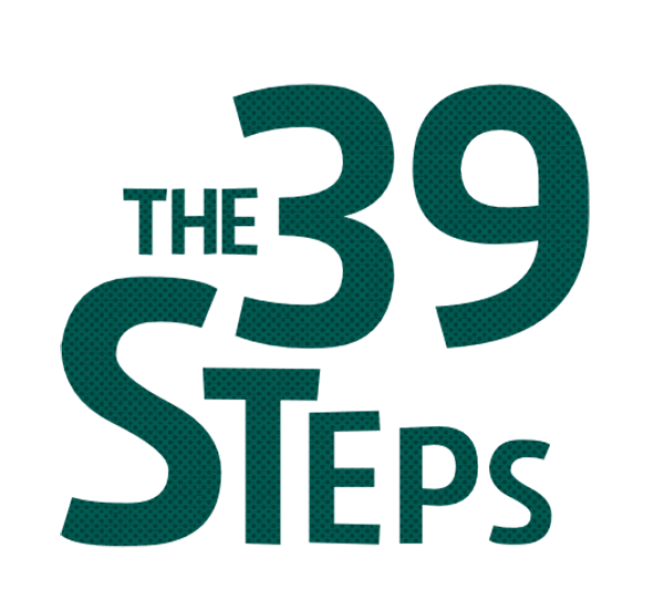