Rude Mechs invites you to create a new tradition of drunken revels by coming to play with us and a roomful of your soon-to-be best friends to create a fully produced A Christmas Carol. It’s Dickens’ holiday classic like it’s never been done before. The audience will perform all the parts, and sing all the songs.

Anyone among you could turn out to be the Ghost of Christmas Past.
Find out the true cause of Tiny Tim’s congenital wee-ness.
Drink a toast to a Scrooge in your own life.

And the production is also fully game-i-fied. Those not performing in A Karaoke Christmas Carol, will use their phones to capture photos of the Seven Christmas Miracles, including: A ghost kissing herself, indoor snow or Santa’s Surprise Appearance. The audience member with the best set of photos every night will win a rock solid fruitcake they will be able to pass down for generations.

A Karaoke Christmas Carol is available for private bookings on December 15, 16 and 17. Do it at your office, or your house, or your friend’s house! To book, email boxoffice@rudemechs.com. 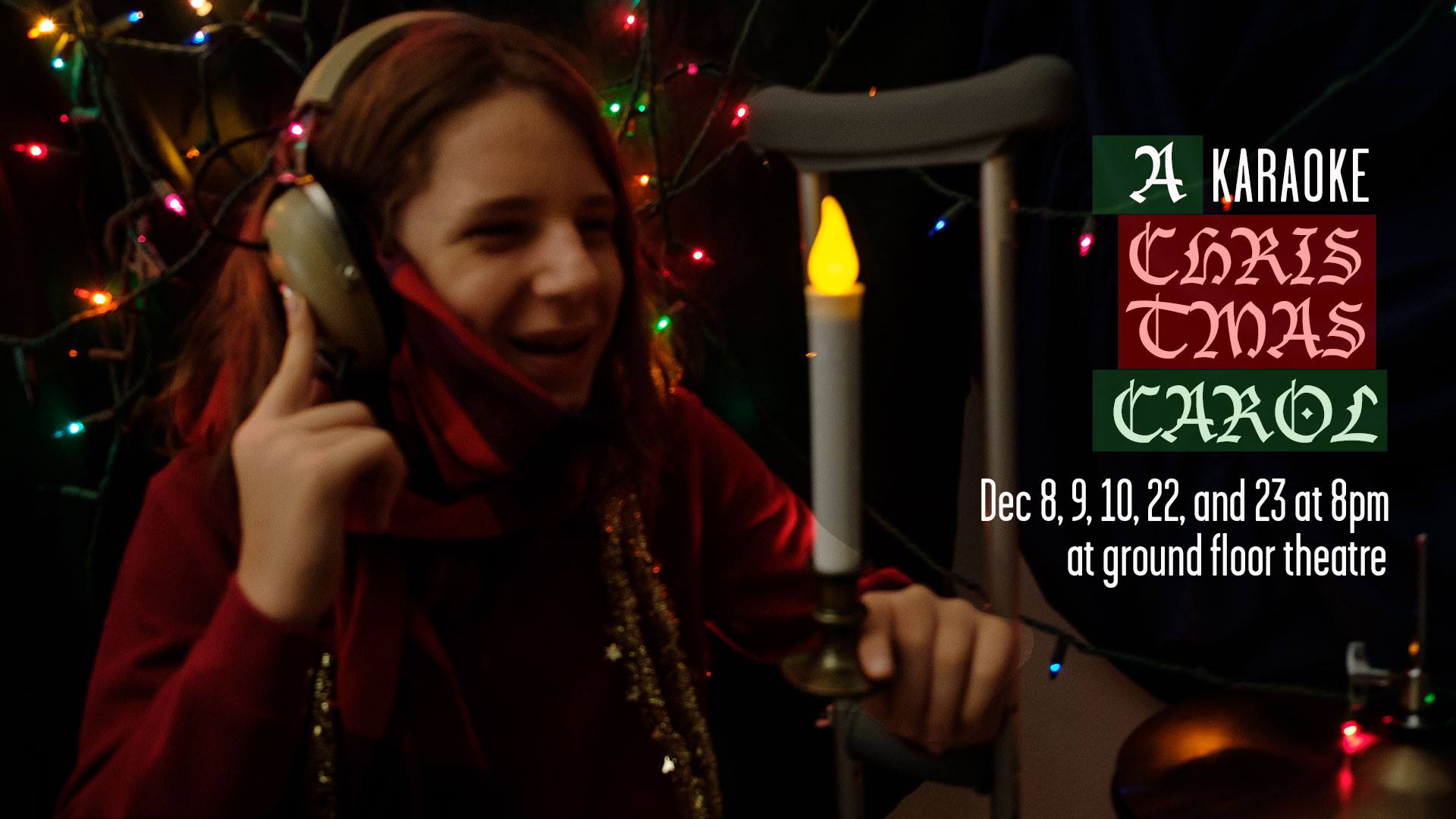