Yuletide joy with holiday family fun…Texas style!  December in the Lone Star State – the holiday treat Christmas Belles comes to Austin for The City Theatre Company’s 2017 holiday season. When a church Christmas program spins hilariously out of control, there will be plenty of laughs in the soon to be classic southern comedy, authored by America’s favorite writing trio Jessie Jones, Nicholas Hope, and Jamie Wooten.

Santa Claus is coming to town. Or is he?

It’s Christmas-time in Fayro, Texas, and CTC welcomes back the Futrelle sisters. Frankie, Twink, and Honey Raye are not exactly in a festive mood. Frankie is overdue with her second set of twins, Twink is bitter about a recent jilting which finds her behind bars, and Honey Raye is trying to keep the Tabernacle of the Lamb’s Christmas Pageant from spiraling out of control. Things are not looking promising: the former director is ruthless in her attempts to take over the show, the celebrity Santa is passing a kidney stone, the cast is dropping like flies to food poisoning from the pancake supper, and a long-kept family secret so desperately needs to be revealed.  And on top of everything, the pageant will be shown live on cable access television for the first time ever. In true Futrelle fashion, the feuding sisters pull together to present a Christmas program the citizens of Fayro will never forget. Christmas Belles will bring joy to your world! 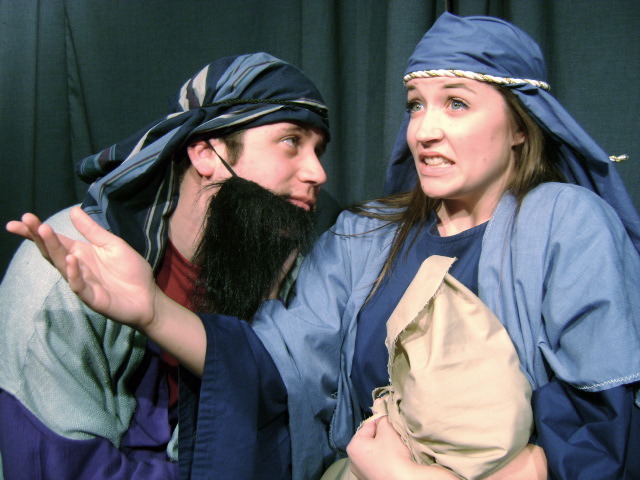 Celebrating over 4,800 productions and more than 35,000 performances! 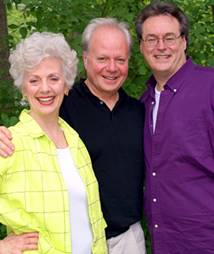 Jessie Jones, Nicholas Hope, and Jamie Wooten, collectively known as Jones Hope Wooten, enjoy the reputation of being three of the most popular and widely-produced playwrights in the United States. They specialize in writing laugh-out-loud comedies and creating vivid strong roles for women. Because of their commitment to and support of local theatres across the nation, they've built a following with legions of loyal fans and have been dubbed "America's Playwrights." Between them, they've written classic television, including The Golden Girls, hit movies, Off Broadway comedies, and nationally produced stage shows. Thousands of productions - including their perennially-popular The Dixie Swim Club, Dearly Beloved, Christmas Belles, The Red Velvet Cake War, and many more - have entertained millions of theatre-goers across America, as well as in Canada, Denmark, Japan, Netherlands, Australia, Germany, Mexico, England, and Scotland. All three were born and raised in the south and write about the south they know best.

CTC is excited to welcome first-time guest director Jessica McMichael, who will be leading the production. The cast will feature Cassidy Timms, Giselle Munoz, R. Michael Clinkscales, Ty Wylie, Beau Paul, Robyn Gammill, Nikki Bora, Dawn Erin, Christina Manley, Danielle Bondurant, and Brent Rose. The City Theatre Company is excited to be celebrating its 12th anniversary season of live theatre entertainment in Austin. CTC is an Austin-based, not-for-profit arts organization and is sponsored in part by the Austin Creative Alliance and the Austin Cultural Arts Division. Founded in 2006, the company has been recognized by the Austin Critics Table Awards, the B. Iden Payne Awards, the Central Texas Excellence in Theatre Awards, Austin Live Theatre, and has twice been voted “Best Theatre Company” by Austin American-Statesman’s Austin 360. CTC is dedicated in providing quality theatrical experiences and entertainment for Austin artists and its community and continues the commitment to making productions accessible for everyone. CTC offers its discount ticket program with $10 Thursday seats and $12 student seats for any show. The ticket discount is available throughout the 2017 - 2018 season. 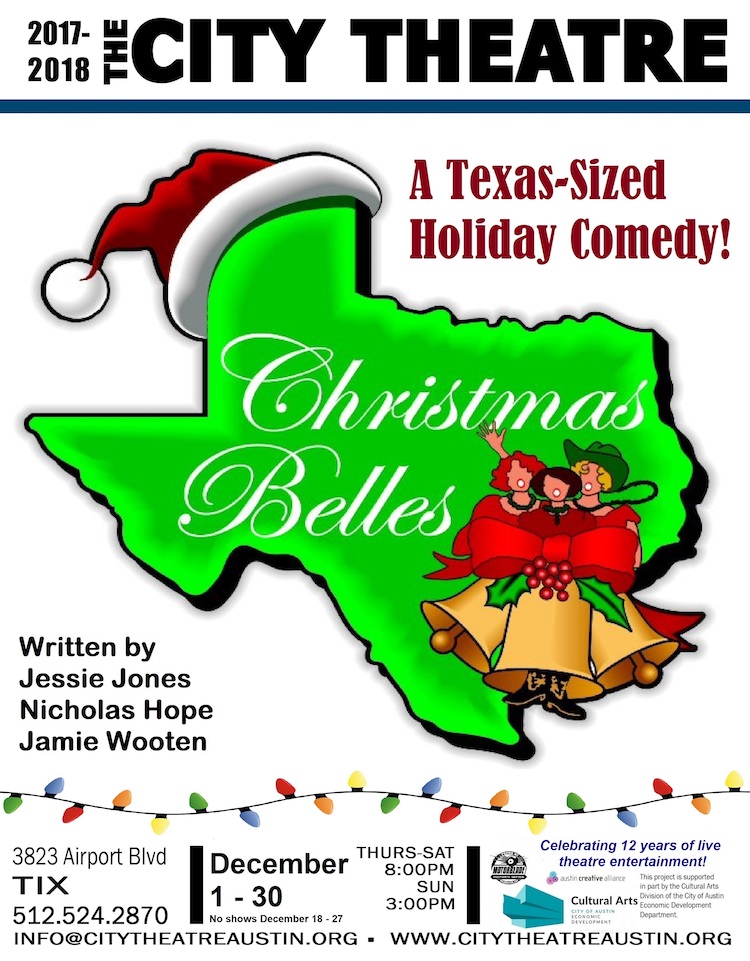