The Seafarer
by City Theatre Company

The Austin premiere play about luck, the past, and the power of friendship.

“I’m the son of the morning, Sharky. I’m the snake in the garden. And you’re coming through the old hole in the wall with me tonight.” - Lockhart

It’s Christmas Eve, Dublin, and in their rundown childhood home, where Sharky cares for his aging blind brother, old acquaintances gather for a card game. But with the arrival of a stranger from the distant past, the stakes are quickly raised. As the booze flows and the game intensifies, Sharky discovers he is playing for more than what’s on the table and his gamble could be the final one. In this wicked-funny fable of redemption, celebrated playwright Conor McPherson examines how we must face the demons and darkness of the past to find where our destiny truly lies.

“It's like there's a nuclear reactor of anxiety constantly churning away, and the product is these plays that pop out every so often." - Conor McPherson

Conor McPherson is considered one of the best contemporary Irish playwrights living today. Born in Dublin and educated at University College, he began writing his first plays as a member of the college's dramatic society. His plays rose from humble beginnings in makeshift pub theatre spaces to international productions, notably in the West End and on Broadway. His play The Weir won the Laurence Olivier Award for Best New Play, and Shining City prompted the London Telegraph to describe him as "the finest dramatist of his generation." It subsequently opened on Broadway to great critical acclaim, and was nominated for two Tony Awards, including Best Play. In September 2006, McPherson made his National Theatre debut as both author and director with The Seafarer. And in 2007, the play went to Broadway receiving rave reviews such as "McPherson is quite possibly the finest playwright of his generation" from Ben Brantley at the New York Times. He has gone on to write screenplays for many films that have been featured at the Tribeca and Berlin Film Festivals. He currently resides with his wife, a painter, in his Dublin hometown.

City Theatre Company is excited to welcome back guest director Karen Sneed, whose productions with City Theatre include Glengarry Glen Ross, Waiting for Godot, The Odd Couple, The Imaginary Invalid and the critically acclaimed 12 Angry Men.

In the cast, City Theatre is excited to have Scot Friedman, Rick Felkins, Garry Peters, Rick Smith, and Steve Wright.

The City Theatre Company is celebrating its 12thanniversary season of live theatre entertainment in Austin. CTC is an Austin-based, not-for-profit arts organization and is sponsored in part by the Austin Creative Alliance and the Austin Cultural Arts Division. Founded in 2006, the company has been recognized by the Austin Critics Table Awards, the B. Iden Payne Awards, the Central Texas Excellence in Theatre Awards, Austin Live Theatre, and has twice been voted “Best Theatre Company” by Austin American-Statesman’s Austin 360.

CTC is dedicated in providing quality theatrical experiences and entertainment for Austin artists and its community and continues the commitment to making productions accessible for everyone. CTC offers its discount ticket program with $10 Thursday seats and $12 student seats for any show. The ticket discount is available throughout the 2017 - 2018 season. 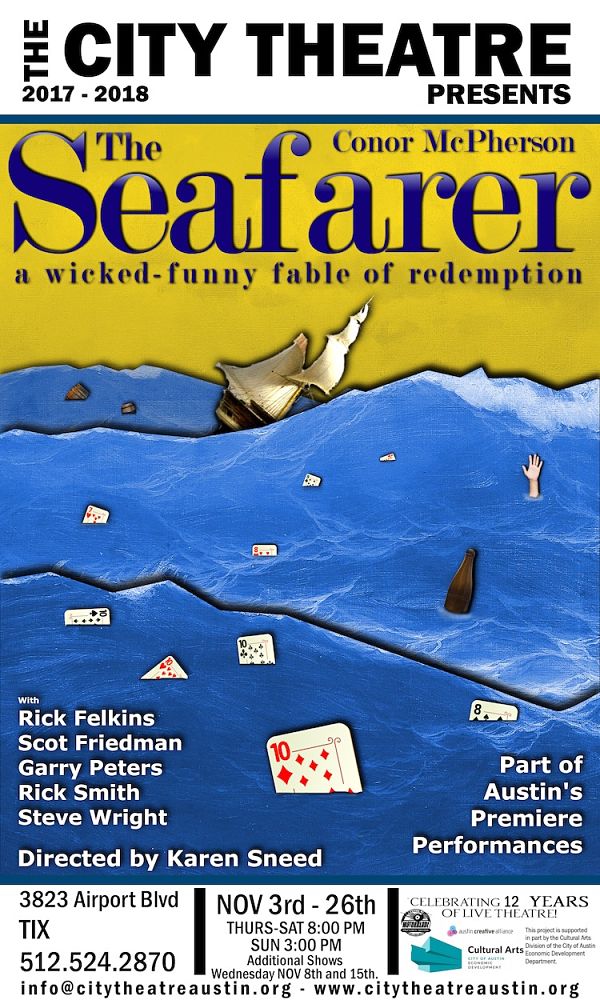 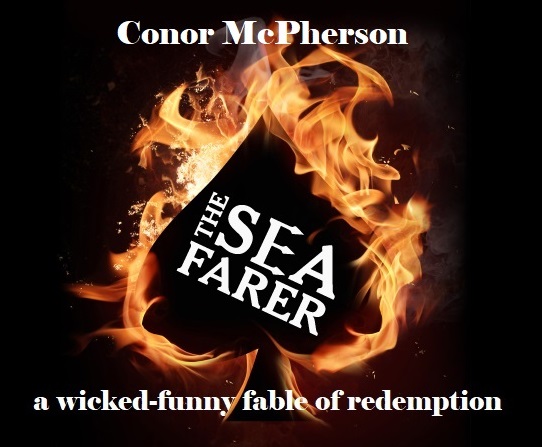