Based on a 19th Century melodrama, The Two Orphans tells a story of two sisters who travel to New Orleans to start a new life free from the bonds of slavery. After being forcibly separated upon arrival, they must fight against all odds to be reunited. This is going to be an exciting afternoon with a cast of 35 and some incredible singing!

FREE ADMISSION and talkback with creative team to follow! 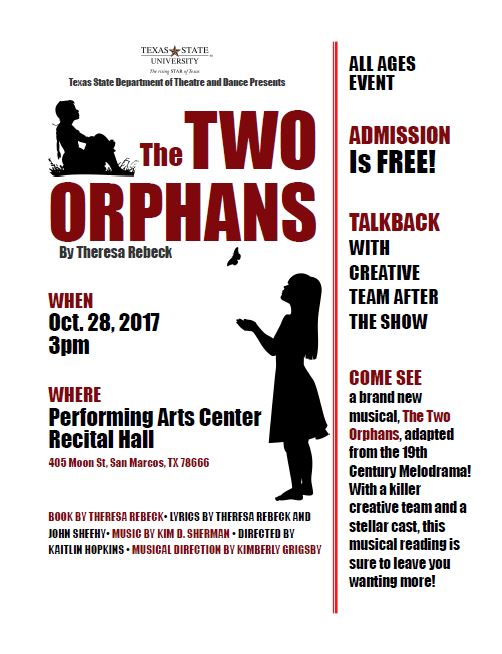