Catch Me If You Can, musical
by McCallum Fine Arts Academy

Don’t miss this big-hearted musical adventure based on an astonishing real-life story of being young, in love…and in deep, deep trouble!

CATCH ME IF YOU CAN

Based on the hit DreamWorks film and the incredible true story that inspired it, Catch Me If You Can is the high-flying, splashy new Broadway musical that tells the story of Frank W. Abagnale, Jr., a teenager who runs away from home in search of the glamorous life. With nothing more than his boyish charm, a big imagination and millions of dollars in forged checks, Frank successfully poses as a pilot, a doctor and a lawyer—living the high life and winning the girl of his dreams.


Catch Me If You Can follows the adventures of Frank Abagnale Jr., a suburban kid in the early 1960s who leaves home before graduating from high school and parlays a gift for telling tall tales and forging checks into an around-the-world spree. Doggedly pursued by FBI agent Carl Hanratty, Frank manages to pose as an airline pilot, an emergency room doctor and a lawyer, winning the heart of nurse Brenda Strong along the way. The charming young con artist is greatly influenced by his father (who has his own brushes with the law) and forges an unlikely friendship with Hanratty.


This bright and bouncy show features a topnotch cast and a sixties-influenced score by the Hairspray team of Marc Shaiman and Scott Wittman. Narrated by Frank as if his story is a television special, Catch Me draws audiences in to his web of relationships with his parents, FBI agent Hanratty and eventually his girlfriend and her parents. The show manages to walk the fine line of making Frank likeable in spite of his crimes. (From the show’s first scene, we know he’ll eventually pay for his misdeeds.) Whether or not you’ve seen Steven Spielberg’s hit movie based the same subject matter, if you enjoy a comic caper, Catch Me If You Can is the musical to see.


Although Catch Me If You Can is not a classic "family show," there is nothing objectionable in the script and songs, and the musical's peppy vibe will appeal to school-age kids. 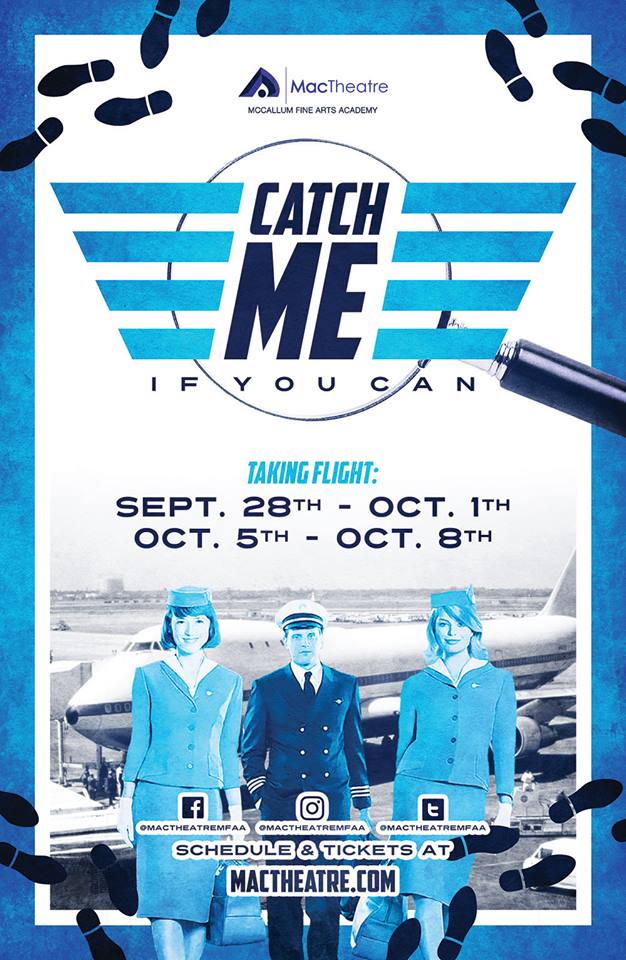