The Game's Afoot
by Way Off Broadway Community Players

It's December 1936 and William Gillette, known world wide for his role on stage as Sherlock Holmes, and wounded from an attempt on his life at a performance, invites a few friends over for a weekend of revelry at his Connecticut mansion while he recovers. But when one of the guests is stabbed to death, the festivities in this isolated house of tricks and mirrors quickly turn dangerous. Then it's up to Gillette himself, as he assumes the persona of his beloved Holmes, to track down the killer before there is another victim. In the vein of 'whodunit' murder mysteries, the plot takes many twists and turns. In this Comedy Thriller, beginning with the intriguing opening mini play within a play to the surprise last scene a split second before final curtain you will find yourself swept along for a wild and funny ride. Gasp! "The Game's Afoot is Murderously Funny!"The Cast Includes:Jim Dirkes as William GilletteHoward Gentry as Felix GeiselDanielle Jaymes as Aggie WheelerNathan Doughty as Simon BrightFrancine Barnes as Martha GilletteLisa Doughty as Madge GeiselShay Conley as Inspector GoringSummer Stinson as Daria ChaseThe Crew Includes:Director: Bill CraigAssistant Director/Stage Manager: Sarah JacksonLights: Beth WatkinSound: Gary Hamilton and Bill CraigStage Crew: Nikki GeeStage Crew: Gio

Tickets are $20 for adults, $15 for students (with ID), seniors (60 Plus) Military (with ID), and $10 for children (10 and younger). While tickets will be sold at the door, reservations are encouraged. 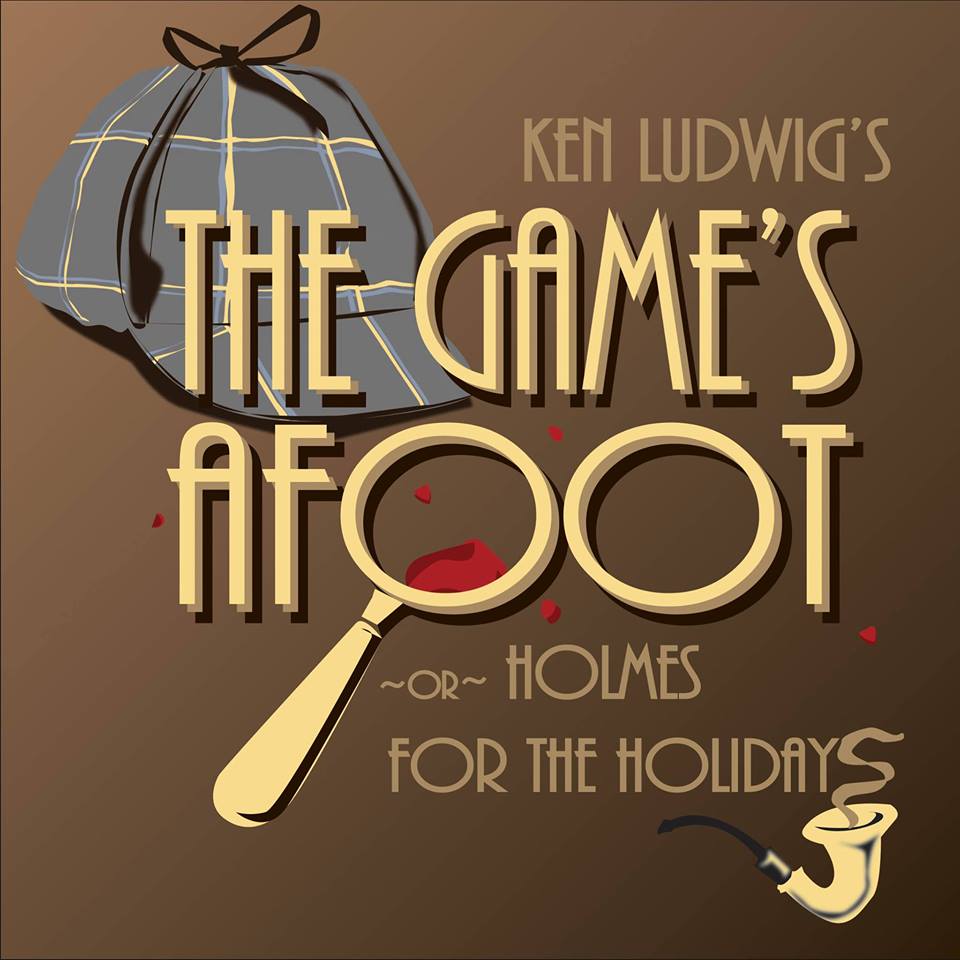