The Stories of Scheherazade
by Bastrop Opera House

Take a dazzling trip on a musical magic carpet ride through the colorful legend of Scheherazade, the greatest storyteller of the ancient Arabian world. Scheherazade is called upon to use her tale-spinning talents to save her people from certain destruction. Betrayed by his betrothed, the hot-tempered King Raynah decides to punish all the women in his kingdom. Armed only with her wit and just a smattering of magic, Scheherazade weaves the classic Arabian tale — underscored by captivating musical themes — for the king himself. Her enchanted story transforms royal counselors into powerful genies and mutates the king into his own worst enemy — a woman.
This delightful musical will captivate you. 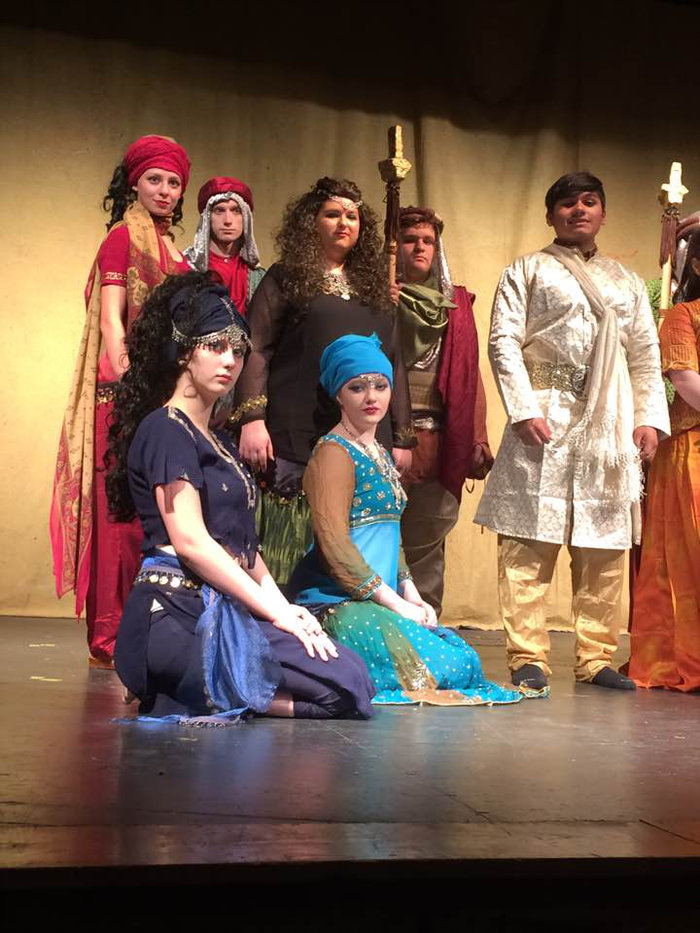 The Stories of Scheherazade
by Bill Francoeur
Bastrop Opera House

Tickets and info available via www.bastropoperahouse.org 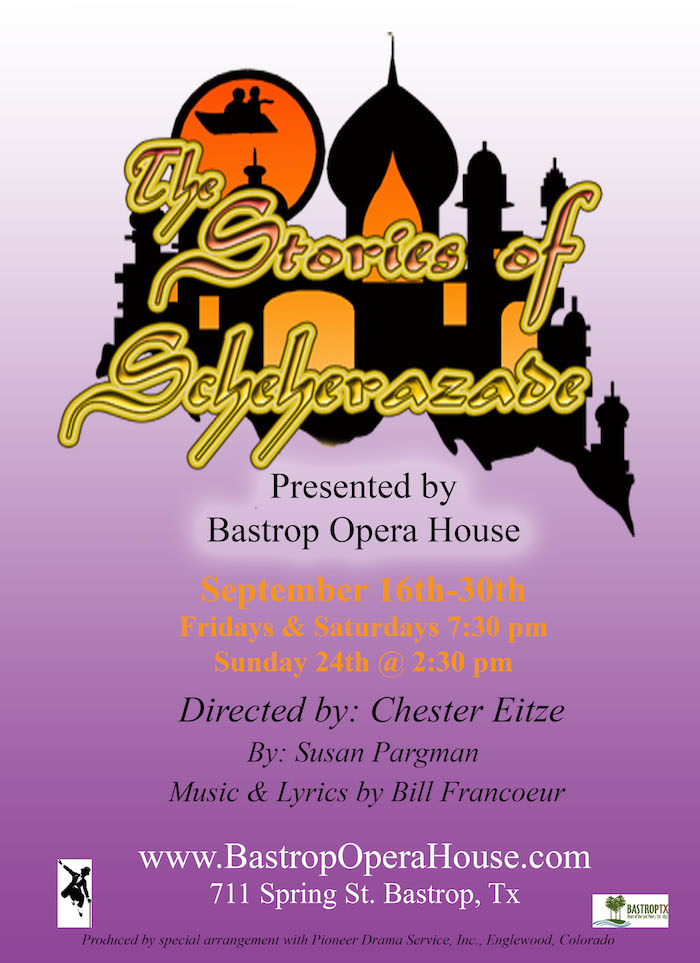