Daughter of the D'Oyly Carte
by Gilbert & Sullivan Austin

Join us for the first performance of the 2017-18 Season – a topsy-turvy takeoff on Donizetti’s comic opera “The Daughter of the Regiment.”

The story involves Marie, who after losing her parents at a young age develops an abundant fondness for singing Gilbert & Sullivan arias at the D’Oyly Carte orphanage. As a teenager, her amazing musical talents are discovered by her long-lost aunt, The Marquise de Berkenfeld.

The Marquise, a stodgy snob, unable to appreciate the marvelous music of Gilbert & Sullivan, insists that Marie study grand opera and become a diva. The Marquise hires the Duchess of Crakenthorp and her posse of opera singers to train Marie for life on the opera stage.

Will Marie become an opera diva and make her aunt happy, or will the magic of Gilbert & Sullivan win over her heart? Find out during this Sunday afternoon of music and merriment.

Musical selections will include Gilbert & Sullivan favorites from "The Pirates of Penzance," "The Gondoliers," "Ruddigore," "HMS Pinafore," and "The Mikado" - as well as grand opera classics from "La Traviata," "Carmen," and others.

Libby Weed narrates, with Jeanne Sasaki as the accompanist. Conceived and Produced by Janette Jones and June Julian.

This performance is free. 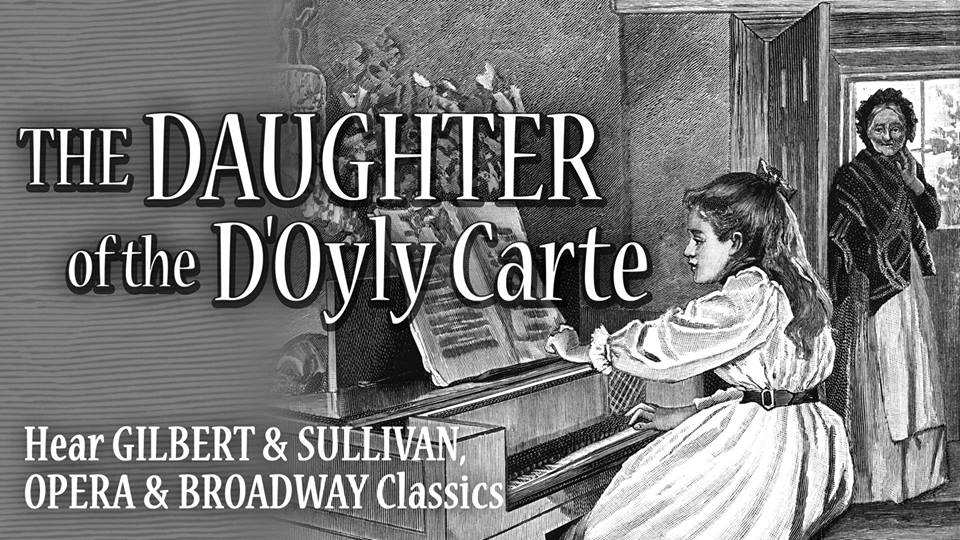