Theatre For Scandal is a comedy loosely inspired by Sheridan’s School for Scandal. It involves a group of actors who begin to spread rumors that one of the most flamboyantly gay members of their group is secretly straight. The script has some of my sharpest comic dialogue and I believe the character of Anthony Hamilton (played by Stephen Poer, who recently appeared in The Last Days of Oscar Wilde) has the potential to become iconic, while confounding stereotypes when he plots to wreak vengeance on a macho stud who has betrayed a female friend.

The cast includes Greg Hinojosa as the gossip Jocasta, Aurora Chase as Nicole, Jose DeHoyos as an actor dressed as the Tin Man on his way to a costume party (the same outfit he wore in Backstage at Oz), Jonathan Schell as Randy, Aaron Ramos as the macho stud Alfonso who is cheating on Nicole, and Jayme Seward as Cynthia, a married woman with whom Alfonso is cheating on Nicole.

Ages 16+ due to adult content/mature themes. The running time is approximately 1.5 hours with a 15 minutes intermission and is presented by Aria Creative Productions and Taylored Wright Productions. Critics are invited at no charge. — with Aaron Ramos, Stephen Poer and Aurora Chase at Woodlawn Pointe.

Following the success of The Golden Glee Club and the comedy musical Backstage at Oz, the new production at Woodlawn Pointe is presenting another comedy that playwright Bernard Taylor believes has his sharpest comedy dialog to date. Theatre for Scandal is a comedy loosely inspired by Sheridan’s School for Scandal.

The central character is an outwardly very flamboyant gay actor whose fellow actors begin to spread a rumor that he is secretly straight. “The character took on a life of his own while I was writing it and I was astonished at the things he was saying,” says Taylor, who got the idea to write the comedy after seeing the Classic Theatre’s production of Sheridan’s School for Scandal last year.

Taylor says he is thrilled with the cast, which features Stephen Poer – who played Robby Ross in the recent production of The Last Days of Oscar Wilde at the Overtime – as the flamboyant subject of the gossip, who confounds stereotypes when he plots to wreak vengeance on a macho stud (played by Aaron Ramos) who has betrayed a female friend (played by Aurora Chase). Greg Hinojosa, Jose DeHoyos, Jayme Seward and Jonathan Schell complete the cast.

Everyone gossips but in the theatre world it's amplified. Rumors and scandal can sometimes be fun, but at whose expense? Ultimately, you never really know what's true or false, so sometimes it's best to be silent.

The show has a handful of ATAC award-winning actors, educators, and directors. Cortez is a founding Company member of The Magik Theatre, former Artistic Director of the Cameo Theatre and current head of Killer Productions producing murder mysteries. Multi-award winning Director, Greg Hinojosa has had a long standing association as Artistic Consultant for the Magik Theatre and is the former Artistic Director of the Woodlawn Theatre. Jose DeHoyos, who plays the Tin Man, is an Adjunct Professor at San Antonio College and is the Fine Arts Program Coordinator at Southwest ISD.

Theatre for Scandal is the third of productions by Bernard J. Taylor planned at Woodlawn Pointe (directly opposite Jefferson High School). The show will be presented in the Auditorium which seats 300. Woodlawn Pointe is located in a very pleasant neighborhood with easy parking.

New stage being erected in the main auditorium at Woodlawn Pointe (directly opposite Thomas Jefferson High School, 702 Donaldson Avenue.) It is going to add to possibilities for new productions in what is one of San Antonio's most pleasant venues, with comfortable seating, easy parking and great air conditioning. The next production there will be Theatre For Scandal, which opens on August 17. 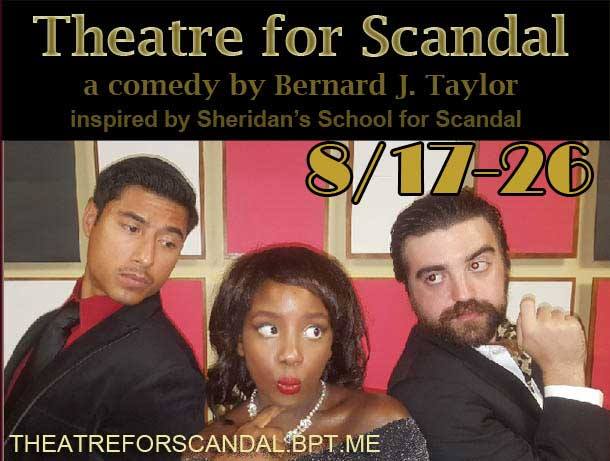 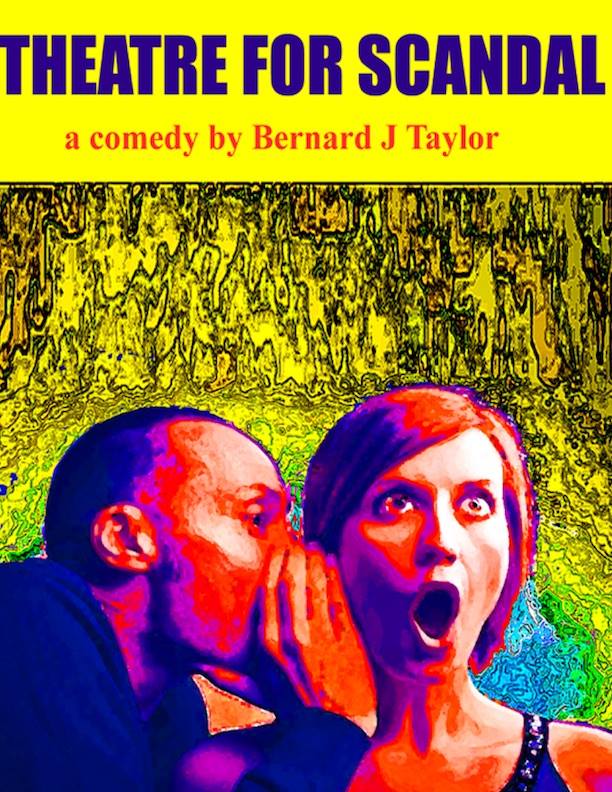