A bilingual (English/Spanish) adaptation of William Shakespeare’s The Comedy of Errors performed by Austin-area professionals assisted by Texas State students.

In this production, the confusion and mistaken identity at the center of the plot will be accentuated by the fact that one set of identical twins speaks English, while the other speaks Spanish. Hopefully, this approach will resonate with bilingual Texans who sometimes feel torn between two cultures.

All performances in Centennial Hall at 8 p.m. except for Sunday performance there at 1 p.m. 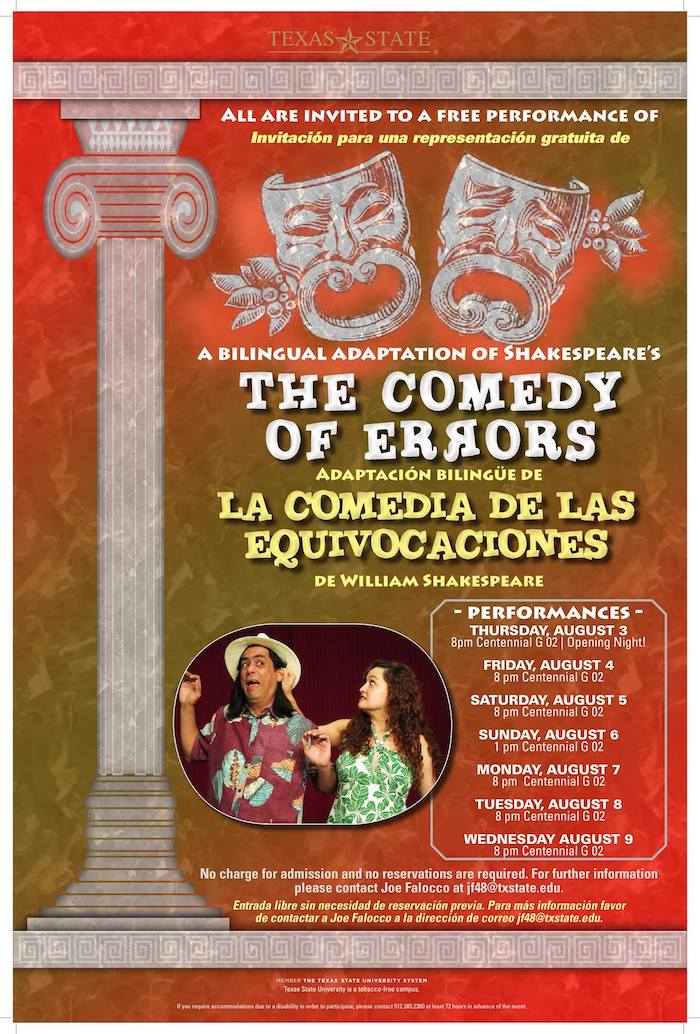