The dwarves — Bill, Clem, Kevin, Hubert, Dan, Henry, and Edward — wash the buildings, tend vats  of chinese baby food and take turns in Snow White’s shower stall. You know what that means. But domestic bliss is threatened when Snow White wearies of her role as horsewife, Bill develops a reluctance to be touched, and Jane Villiers de l’Ilse-Adam and Hogo de Bergerac work acts of unspeakable vileness and malice upon the household. The President is concerned. Will Paul’s princely nature lead him to Snow White? Will anyone climb the hair that appears out of the window? Will the dwarves keep Bill as their leader?
We’re happy to present this free reading of the play adapted by Lana Lesley from the landmark novel by Donald Barthelme, Snow White.
don b’s Snow White was the first play Rude Mechs performed in The Off Center back in April 1999, so we thought doing a free reading of it for our friends in April 2017 would be a fitting send-off to the space.
It’s going to be read by this hugely talented ensemble directed by Lana Lesley:
Alexandra Bassiakou Shaw, Kenny Chilton, Zac Crofford, Thomas Graves, Kevin Jacaman, Hannah Kenah, Delanté Keys, Derek Kolluri, Jeff Mills, Sarah Richardson, Alexis Scott, Patrick Shaw, Vincent Tomasino, and Mical Trejo.
We will read, then we will engage in a loose and boozy Sunday evening hangout

Sunday, April 30 at 5 p.m. Free admission. Reserve a seat at the website of the Rude Mechs. Click HERE. 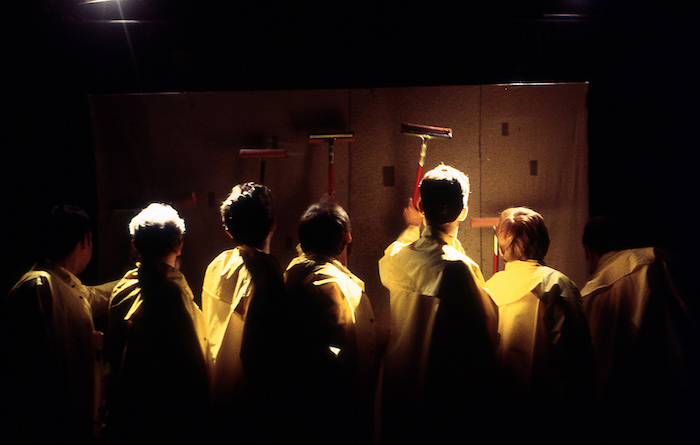