Orange w. Wicks was the first African American elected as justice of the peace in Bastrop County. The competing forces in Cedar Creek collided with deadly force on June 13, 1889 when Justice Wicks called to trial the case of the State of Texas v. Addie Lytton. The result was the Cedar Creek Shootut in which two African American men were killed and two White men were killed. Judge Wicks was accused of murder.

Come be a part of the Bastrop County Grand Jury who will decide whether Orange W. Wicks should be indicted for murder! 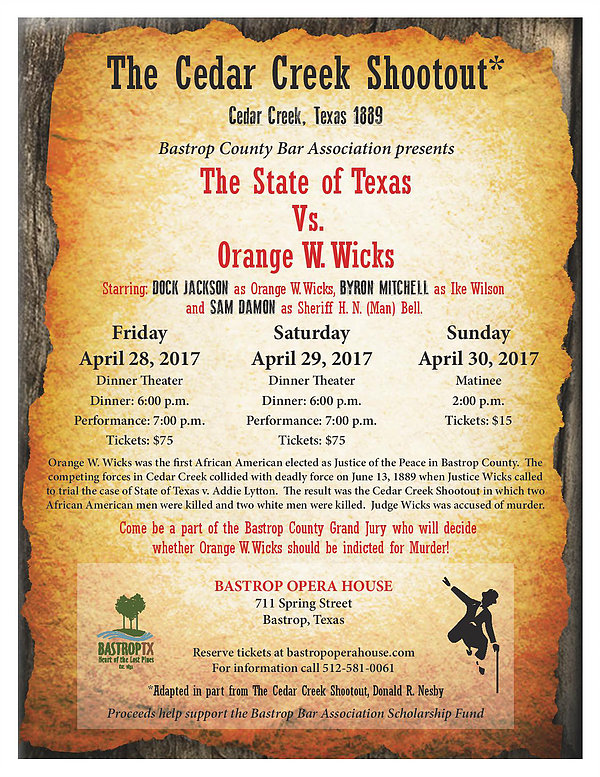