Texas State University’s Department of Theatre and Dance is proudly presenting Intimate Apparel by Lynn Nottage. The show will run April 4-9, 2017 in the Patti Strickel Harrison Theatre and is under the direction of guest artist, Melissa Maxwell.

Lynn Nottage’s Intimate Apparel is a lyrical tale about lost intimacy, which explores “the passionate intensity of hopes and aspirations.” Esther, a black seamstress in turn-of-the-century New York has made a good life for herself sewing corsets and negligees, but she longs for a husband. Drawn to a Jewish textile merchant but aware of the impossibility of a life together, she cultivates an ultimately ruinous relationship with a laborer from Barbados. 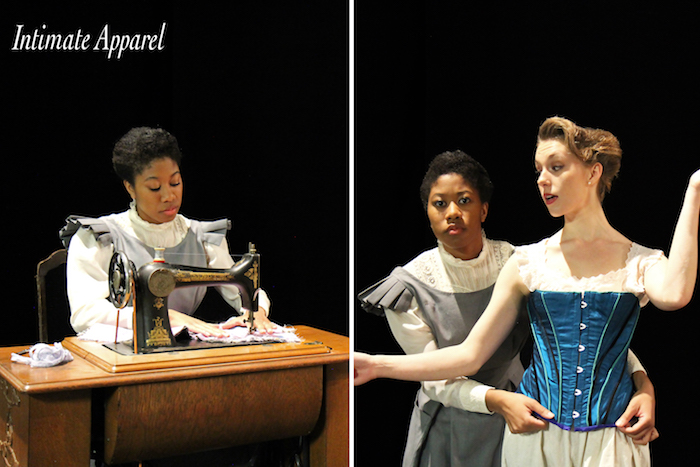 The opening night for Intimate Apparel will be Tuesday, April 4 at 7:30 p.m.

The show will run through Sunday’s matinee performance at 2 p.m. on April 9.

All performances will be in the Patti Strickel Harrison Theatre. 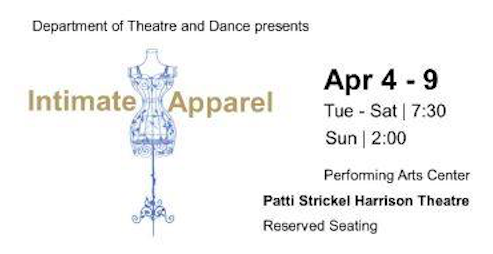