Color Arc Productions invites the Austin community to attend a free public preview performance of selected poems, songs, and scenes from “A Girl Named Sue,” a new play by Vietnamese-American playwright Christine Hoang with songs by awarding-winning Korean-American singer/songwriter BettySoo. This will be the FIRST bilingual play to feature both Vietnamese and English-speaking characters on stage in Austin, Texas.

Founded in November 2015 by Vietnamese-American artist Christine Hoang, Color Arc Productions is a Texas non-profit artistic production company that shines light on diverse stories through theatre, film, and music. Together with the AARC, Color Arc Productions invites the community to attend a FREE Preview Performance of selected scenes and songs from A Girl Named Sue, a new play by Christine Hoang with songs by award-winning Korean-American singer/songwriter BettySoo on Sunday, February 12, from 1-2:30pm at the AARC. Following this Preview Performance, the cast and crew of A Girl Named Sue will have a brief Q&A with the audience on the creative process and the issues raised in the play. KLRU-TV, Austin PBS is also filming this event to include in season 8 of its Emmy-winning documentary series Arts In Context.

Christine Hoang's A Girl Named Sue, directed by award-winning Director Karen Jambon, is a story of love and identity that centers on a fictional Vietnamese-American college student Sue Nguyen (played by Uyen-Anh Dang). Through Sue's interactions with the play's characters (played by Toni Baker, Matrex Kilgore, Jeffery "Da'Shade Moonbeam" Johnson, and Christine Hoang, and BettySoo herself), we explore relationships between Asian and Black communities in America, friendship and strain between men and women of color, ties between immigrant Americans and first-generation Americans, and love between parent and child. This will be the FIRST bilingual play in Austin, Texas to feature both Vietnamese and English-speaking characters on stage.

Free performance of scenes and songs from the production 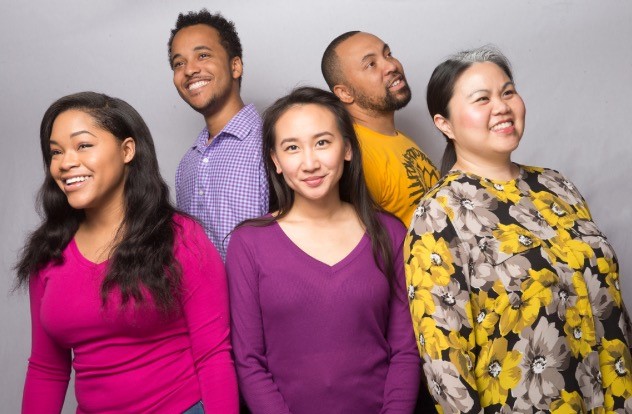