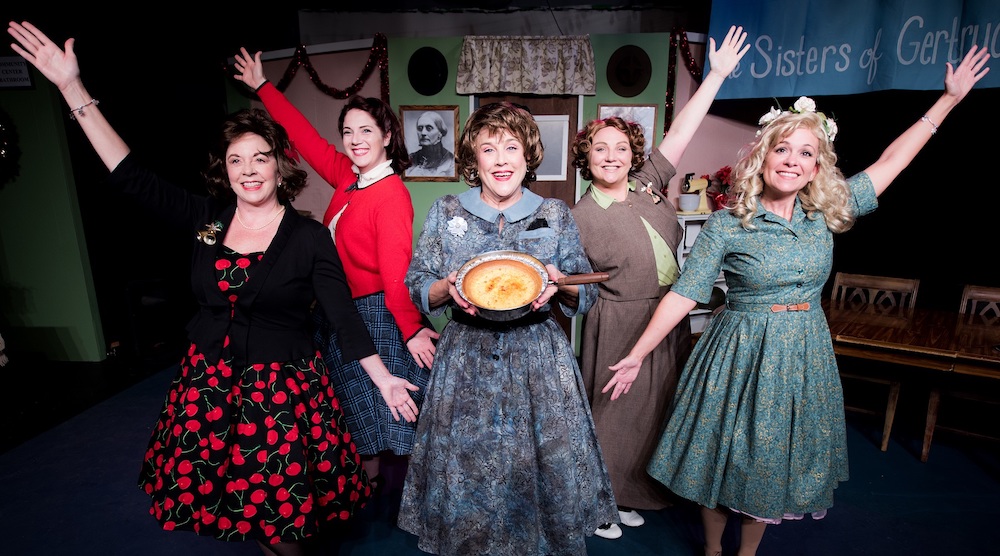 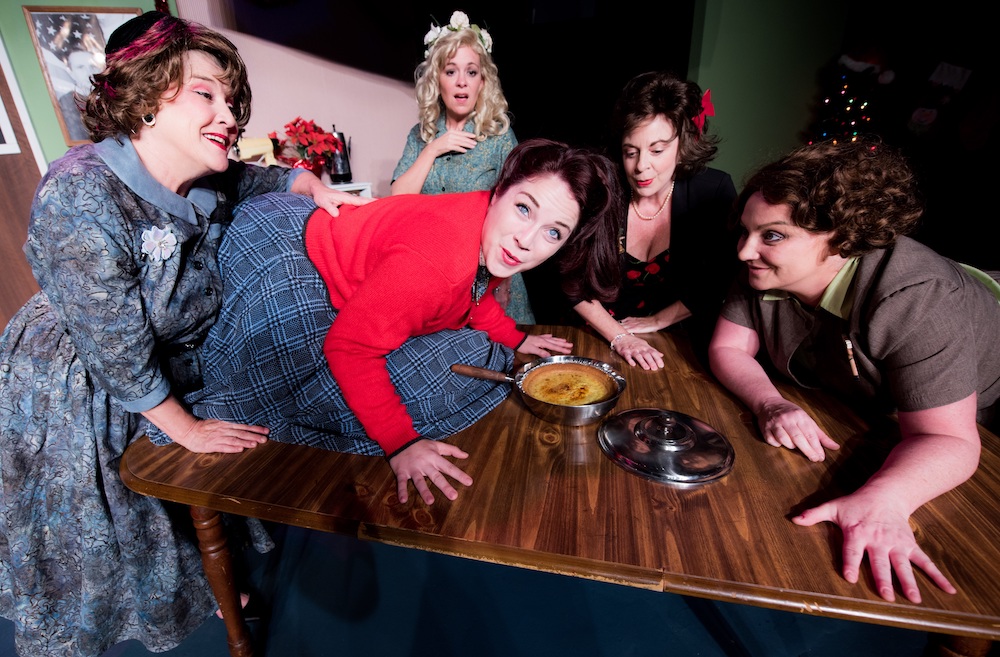 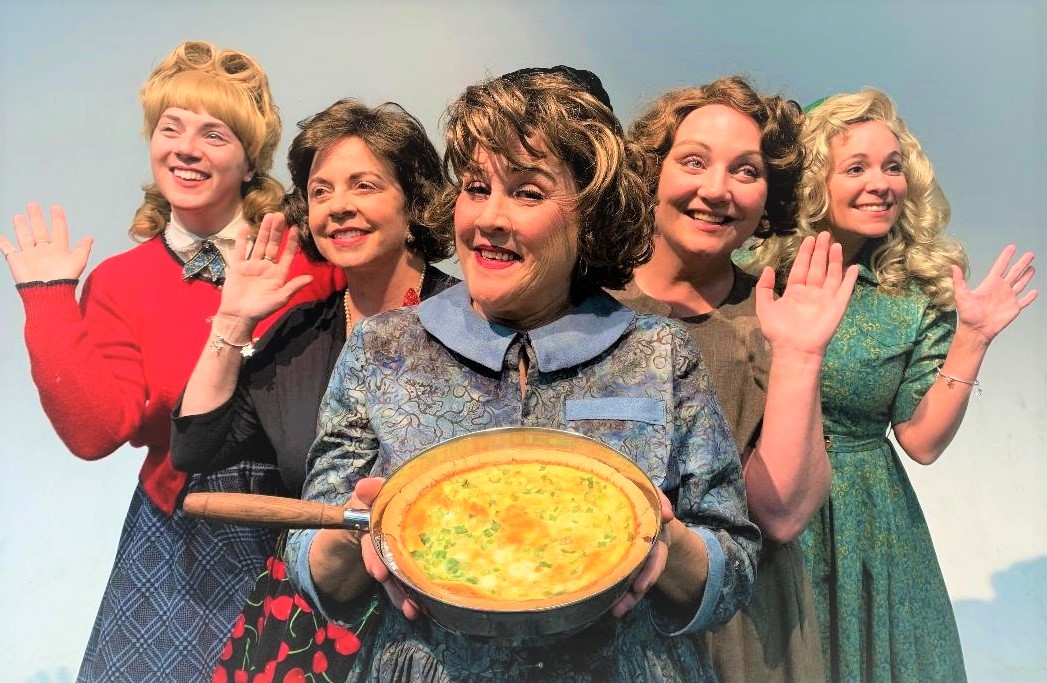 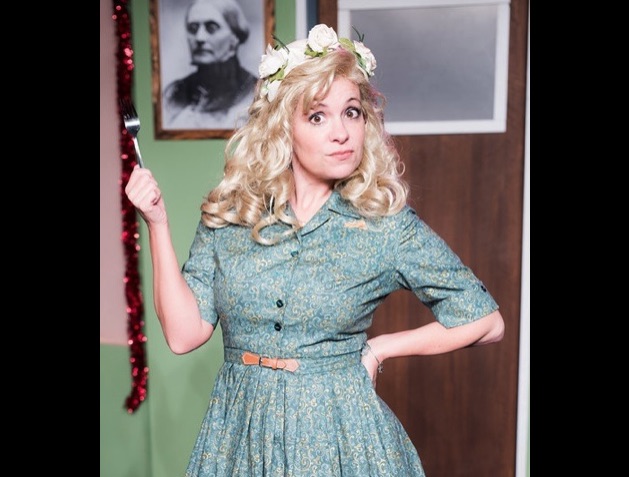 It’s 1956 and the Susan B. Anthony Society for the Sisters of Gertrude Stein are having their annual, and much anticipated, holiday quiche breakfast. As society president Lulie Stanwyck proclaims, “I was so young. Sprightly. Naïve. I didn’t think I’d find others who enjoyed quiche as much as I did. And then I found you. My sisters.” As the assembled “widows” await the announcement of the prize-winning quiche, the atomic bomb sirens sound! Has the Communist threat come to pass? How will they all respond as their idyllic town – and lifestyles – faces an attack?

This holiday season,The City Theatre serves up hilarity with the Austin premiere comedy 5 Lesbians Eating a Quiche. Lot of laughs are the order of the day as this cult favorite of theatre companies nationwide dishes up a fun and farcical celebration of sisterhood and survival.

And you thought quiche was a frivolous cuisine, fit to be served only at the silliest of meals. How wrong you were. A quiche is a mighty thing, as powerful and blessed as womanhood itself.

Winner of the 2012 NYC International Fringe Festival, 5 Lesbians is a comedy about great food – and the end of the world – a tasty recipe of hysterical laughs, cheeky innuendoes, unsuccessful repressions, and delicious discoveries.  5 Lesbians is the award-winning, Off-Broadway smash, that took America, then Brisbane, by storm and will have audiences coming back for second helpings. Respect the egg!

“Dishes up high-spirited comfort food with a bit of a saucy kick.” – Chicago Tribune

“A cult hit…gleaming with comic polish.” – Time Out New York 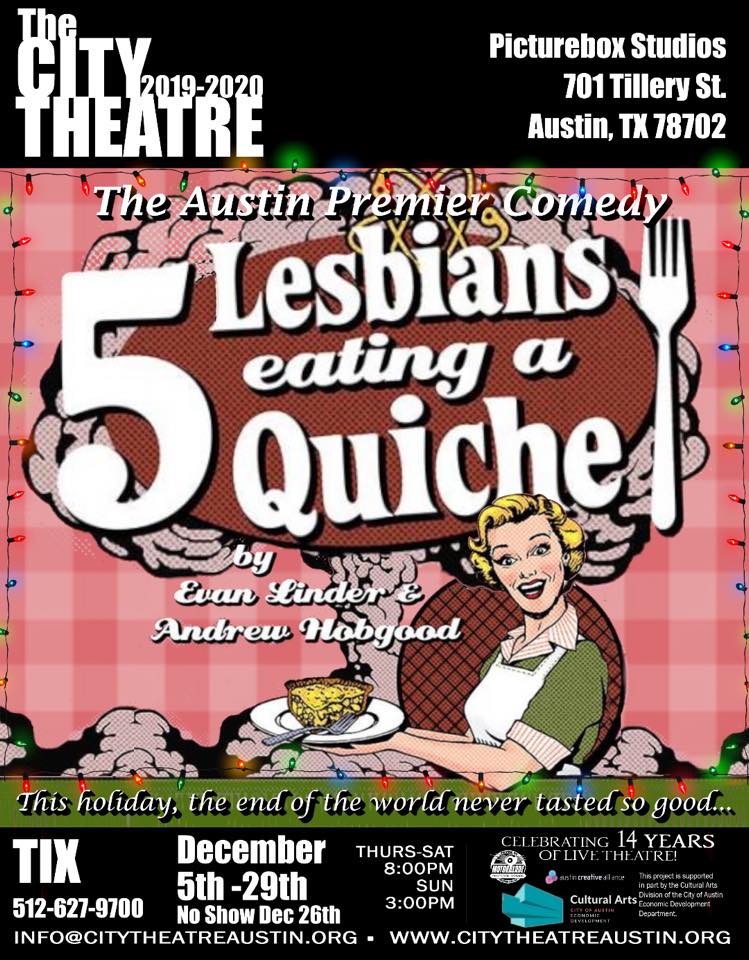