Auditions for a role in upcoming season with Woodlawn Theatre on Feb 22 through Feb 23.

Performers need to sign up in advance for a time slot.

Woodlawn Theater will be holding 2020 season auditions on February 22nd and 23rd for Cinderella, Ragtime, Jekyll & Hyde, and Holiday Inn. Everyone is welcome to audition, per each production’s specifications. Auditions are by sign up only. Please refer to productions below for available roles and specifics.

Performers are to sign up for a time slot on either Feb 22 or 23, do not sign up for more than one time slot. If all time slots are full we will add additional ones. If you need to cancel a time slot please email info@woodlawntheatre.org

The dance audition will start first in each group; please wear clothing and shoes that are appropriate for movement. There will be no time to change in-between dancing and singing. For the singing portion; performers are to prepare two contrasting songs, 16-32 bars each. Both songs should not go over 3 minutes total. If your songs go over, you will be cut off. Please bring sheet music; an accompanist will be provided. No tracked music or acappella singing will be allowed. After a performer is done singing they will be released for the day.

Auditions are only for ages 16 and up. Performers 18 and up receive a small stipend for being in the shows. To be considered for Jekyll and Hyde you must be 18 or over. All youth roles in the season will be chosen from the Woodlawn Academy at a later date.

Ella: Woman, 20’s, any ethnicity. Though no one notices her beneath her rags and quiet demeanor, she is opinionated, charismatic, passionate, beautiful and funny. Idealistic and hopeful, she courageously challenges the prince to change the policies in his kingdom – and helps him discover who he truly is. Always her late father’s daughter, she is determined to see the good in everyone despite her hardships and suffering. We see her blossom into a confident woman. Must have strong dance and partnering skills and great comedic timing. Beautiful and expressive traditional musical theatre soprano.

Topher: Man, 20’s – early 30’s, any ethnicity. A misguided and lost prince who longs to do something important with his life. Though brave and heroic, he feels lonely and unfulfilled. Attractive and charming but not a stereotypical ladies man, he is thoughtful, appealing and innocent – with an unforced goofy streak. Moral, genuine and kindhearted, he is at a crossroads and must take control of his kingdom and his future. Must have strong dance and partnering skills and great comedic timing. Soaring, rich musical theatre baritone to G.

Madame: Woman, late 40’s – 60’s, any ethnicity. Ella’s selfish stepmother. The epitome of vanity and fashion. A ravenous social climber who values wealth, status and material possessions above all else. Unapologetically dismissive and sometimes cruel, Madame schemes her way up the social ladder. Must have incredible comic timing. Traditional musical theatre character voice.

Sebastian: Man, 40’s-60’s, any ethnicity. The kingdom’s Lord Chancellor. Though he is Topher’s trusted advisor, he is devious and selfish. Using propaganda and dishonesty, he keeps Topher isolated and in the dark about his kingdom. Sebastian rules without regard for the lower class, or anyone other than himself – and truly believes he deserves to rule the kingdom. Must have incredible comic timing. Traditional musical theatre character voice.

Marie: Woman, 40’s-60’s, any ethnicity. A friend to Ella, and the town’s resident crazy lady and beggar-woman. Actually a fairy godmother in disguise. Wise, warm, otherworldly and charming. Marie rewards Ella for her kindness by making her dreams a possibility. Glorious and expressive traditional musical theatre soprano to G.

Gabrielle: Woman, 20’s-30’s, any ethnicity. Ella’s stepsister and daughter of Madame. Encouraged by her mother and sister to value material wealth and social status, she unenthusiastically joins them in their abrasive behavior. Quietly passionate, empathetic and witty, she is drawn to Ella and Jean-Michel. Ironically aware that she doesn’t fit in. Must have great comic timing. Strong and expressive traditional musical theatre voice.

Jean-Michel: Man, 20’s-30’s, any ethnicity. A feisty, passionate peasant determined to make a change for the starving class. Impetuous. A firebrand, but lacks authority and isn’t taken seriously as a revolutionary. Has a crush on Gabrielle, though their courtship is forbidden because they are from different social classes. Interested in all physical types – he could be scrawny, short, tall, etc. Must have great comic timing. Traditional musical theatre voice. Must understand musical phrasing and have an attractive, compelling sound.

Charlotte: Woman, 30’s, any ethnicity. Ella’s stepsister and daughter of Madame. Brash, self-centered, materialistic, snooty, loud, sassy and bratty, she has a ridiculously high – but unfounded – opinion of herself. She never passes up an opportunity to be the center of attention. Must have great comic timing. Strong and expressive traditional musical theatre character belt to F.

Coalhouse: Proud, sophisticated man who fights to live within his social boundaries and then rebels against them when even that is not good enough, male age 25 to 35, Vocal range top: B5, Vocal range bottom: G3

Tateh : A haggard, Latvian immigrant who dreams the "American Dream" for himself and his daughter, male age 30 to 40, Vocal range top: F5, Vocal range bottom: A3

Younger Brother: Mother's younger brother who has his heart broken by Evelyn Nesbit and joins Coalhouse in his protests towards discrimination. He is a young man in search of something, male age 20 to 30, Vocal range top: F5, Vocal range bottom: B3

Grandfather: Mother's conservative father. A retired professor. Irritated by everything, male age 50 to 65

Evelyn Nesbit: The beautiful vaudeville performer, famous for the murder of her high profile lover by her rich husband, female age 18 to 25, Vocal range top: D5, Vocal range bottom: B3

Houdini: the famous magician who immigrated to America and made a name for himself largely as an escape artist, male age 25 to 35, Vocal range top: G5, Vocal range bottom: C4

Booker T. Washington: The dominant figure in the Black community of the United States at the turn of the century, male age 45 to 55, Vocal range top: E5, Vocal range bottom: C4

Please be aware that Jekyll and Hyde deals with some mature and some sexual content.

Henry Jekyll / Edward Hyde: Jekyll is a doctor obsessed with discovering the true nature behind the good and evil in man and Emma's fiancee. After he uses an experimental formula on himself, his evil side - Edward Hyde - takes control. As Hyde, he is violent, commanding, and a sexual deviant attracted to Lucy. Male age 30 to 45, Vocal range top: A4, Vocal range bottom: Bb2, any ethnicity

Emma Carew: The daughter of Chariman Danvers and Jekyll's beloved finacee who is refined and desired by all of the socialite men. Female age 20 to 25, Vocal range top: C6, Vocal range bottom: A3, any ethnicity

Lucy Harris: The gorgeous 'main attraction' at a local gentleman's club. At the bottom of her luck, she becomes the object of Hyde's obsession. Lucy is feisty and wild, but also cautious and aware. Female age 20 to 30, Vocal range top: F#5, Vocal range bottom: G#3, any ethnicity

Simon Stride: The secretary of the Board of Governors and Jekyll's rival for Emma's affections. Male age 30 to 40, Vocal range top: G4, Vocal range bottom: A2, any ethnicity

Lady Beaconsfield: Mature upper-class socialite and member of the Board of Governors. Female, age Range: 40 to 60, Vocal Range: G to E, any ethnicity

Bishop Of Basingstoke: A hypocritical, sadistic man of the cloth and a member of the Board of Governors. Male age 40 to 60, Vocal range top: G4, Vocal range bottom: C#3, any ethnicity

Lord Savage: Upper-class socialite and member of the Board of Governors. Male age 35 to 45, any ethnicity

Sir Archibald Proops: Government official and member of the Board of Governors. Male age 40 to 50 Vocal Range: B to E, any ethnicity

Jim Hardy: A performer and singer-songwriter eager to leave showbiz behind for a simpler life on a farm in Connecticut. Male 30-39, lyric baritone, any ethnicity

Linda Mason: A school teacher with the hidden talents of a singer and dancer. Female 30 to 39, belt/mix, any ethnicity 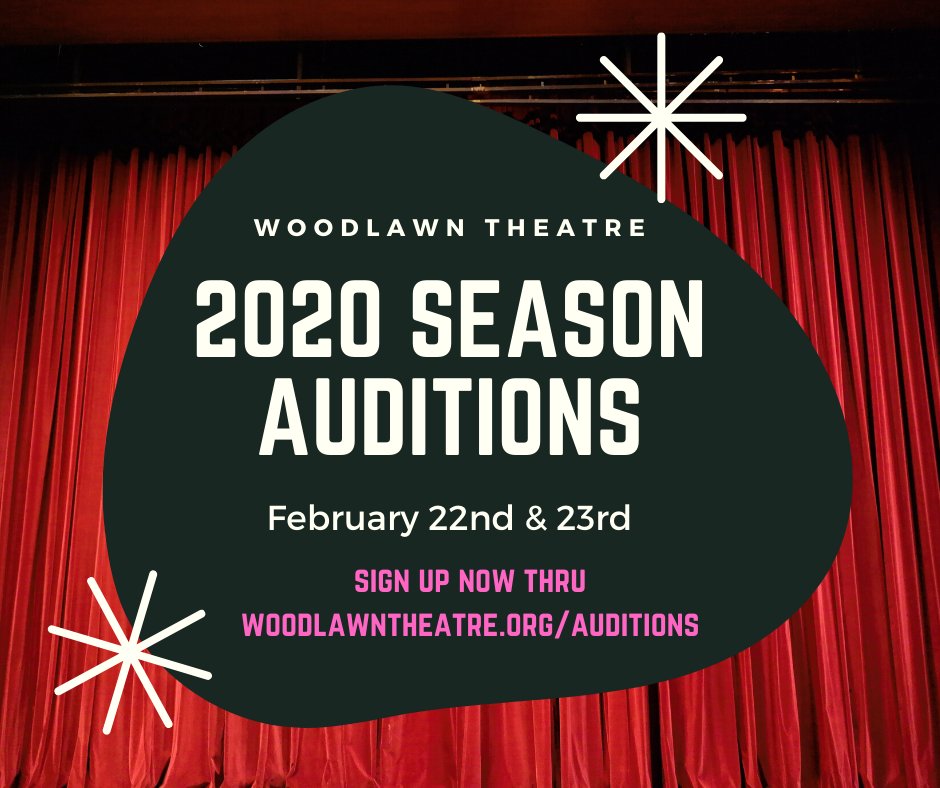