Is the universe we live in actually one of many levels of contemporaneous existence? That’s the intriguing theory proposed by Nick Payne in his two-hander Constellations at the Cellar Theatre, receiving its second staging in Texas.

Constellations tells the story of the relationship between Marianne (Kate Glasheen), a theoretical physicist, and Roland (Jeff Jeffers), a self-employed beekeeper. When they first meet, Marianne attempts to describe to Roland what she does. She explains that everyone in the world is part of a vast multiverse, and several outcomes can coexist simultaneously. 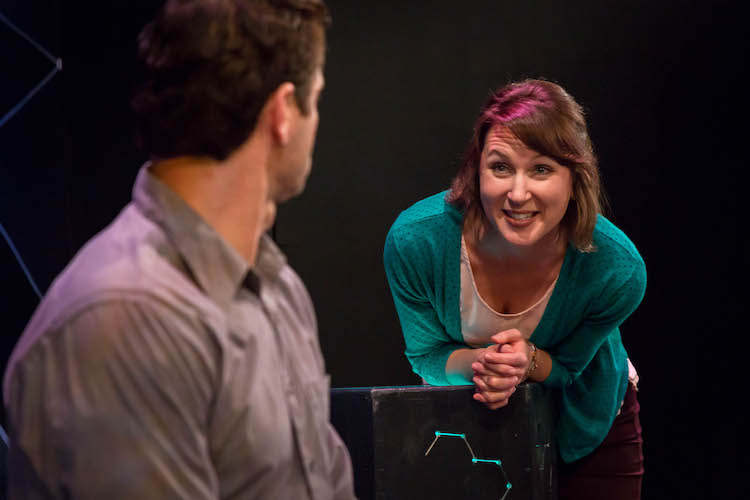 Payne elaborates on this notion by demonstrating it in action. The piece is comprised of a series of extremely brief segments that are repeated with subtle (and not-so-subtle) variations. In just over an hour, we experience each stage of Marianne and Roland’s relationship from multiple perspectives. As their attitudes shift, so do the endless possibilities of what may lie ahead for them. If it sounds confusing, it’s not, as it has been ingeniously assembled by the playwright.

We’re whisked through their courtship, betrayals, break-ups and proposals. Ultimately, they face the dire prospect of mortality itself when Marianne is diagnosed with a brain tumor and loses the ability to string words together in the correct order.

Glasheen and Jeffers are both excellent in rather demanding roles. The precision with which they change perspectives is impressive, especially since they must alter not only their words but also their attitudes in a flash. Given the play’s brief length, their ability to flesh out these characters and make them real is impressive.

Jesse Worley’s sound design is appropriately astrophysical, helping to guide the audience with aural effects that cue the characters’ tonal shifts. Nicholas Ponting’s scenic design is appropriately subdued, consisting of painted shapes to represent the themes being presented, and his work is complemented by Dan “Doc” Heggem’s equally low-key lighting design. The direction by Molly Cox is effective and also unobtrusive. 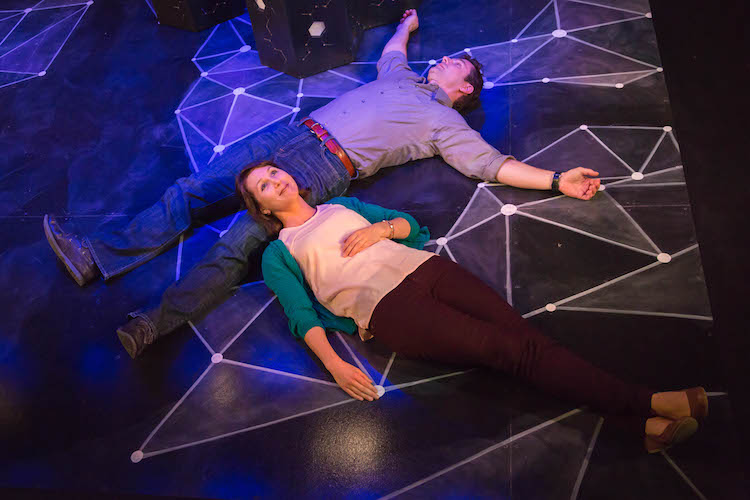 You can select either the $35 amount for an adult ticket or pick your own denomination. These cards are good for any of the remaining shows in our 2017-18 Season.

They can be purchased online HERE!

The Playhouse was founded as San Antonio Little Theater in 1912, as part of the growing Little Theatre movement sweeping the nation. Now housed in the first city-owned, city-built theater in the U.S., The Playhouse holds a place of pride in San Antonio history. In its time, The Playhouse has produced hundreds of plays and reached an audience of millions, including residents and visitors from all over the world. Each year, The Playhouse’s staff, with the help of nearly 500 volunteers, produces a series of plays in its two theaters.

The Russell Hill Rogers Theater is home to larger musicals while the Cellar Theater houses a variety of dramas, comedies, and experimental works. Both stages host original works by local playwrights as well as classic and recent Broadway hits. Each season, The Playhouse contracts hundreds of local artists, showcasing some of San Antonio’s greatest talents.