Review: The Twelfth Labor by Tutto Theatre
by Michael Meigs

If you arrive at the MacTheatre Black Box with happy memories of Leegrid Stevens' The Dudleys as staged last year by Tutto Theatre -- winner of eight of Austin's B. Iden Payne theatre awards -- you may well be disconcerted. The Twelfth Labor, behind its enigmatic title, is as far from the hectic world of 8-bit video games as, say, Eugene O'Neil or William Faulkner.

Tutto has mounted a gorgeously moody, intellectually challenging piece, comprised of Stevens' four-part suite in the stark isolation of a farmhouse somewhere out on an alien landscape of the mind. Designer Ia Ensterä again creates a wrap-around environment in weathered wood, a falling-down barn and a two-story farmhouse. 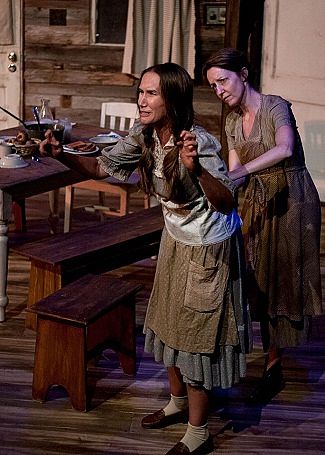 Stevens' script is densely conceptual, a virtual Cirque de Soleil of intellectual performance, but the story is much less complicated than his working and reworking of it.  This Idaho farm family lives in harsh rural deprivation in 1949.

Rebecca Robinson plays Esther the grim matriarch, trying to hold together her own existence and those of the four variously handicapped or rebellious children of the family. The father of this beleaguered family disappeared into Japanese prisoner-of-war camps in the Pacific eight years before and has never returned.

The program lists the labors of Hercules, the last of which is his wrestling with Cerberus, the monster guarding the Underworld. But there's no obvious or easy parallel here -- in fact, pattern-makers might find that with the absent father, a couple of suitors, and the strong matriarch, this piece could track the late passages of the Odyssey just as well, for the father does eventually return.

Cleo the oldest daughter is severely dyslexic and mentally handicapped -- an earnest, striving young woman old before her time, bewildered by language that twists and turns on her mind the way a live snake might. In this role Erin Treadway delivers a performance that will break your heart, first to last, certainly one of the year's most impressive dramatic performances.

Once he discovered these characters, playwright Stevens kept modulating their stories. He seems to have been reluctant to settle on any of the four or five treatments we see in these two acts. The exposition of the first scene in 1949 is essentially naturalistic; in the second scene the action moves into Cleo's mind to recall a sequence of events eight years earlier with the characters speaking an extraordinary language. This near-English of malapropisms and mispronunciation at first confuses and then hypnotizes, the verse of magical realism.

Following the intermission we depart again into Cleo's rare mental state. The dislocation this time is no longer one of language but of time, space and character. In her prophetic dream in 1953, ordinary neighbors Don the dentist (Wray Crawford) and Patrick the neighbor boy (Trey Deason) transform into fast-talking, wise-cracking Abbot and Costello. Gossiping neighborhood biddies become human hens. The vanished father is found but remains silent when interviewed by the movie funnymen. Once he's left solo, seated mournfully on a stool in the yard, Skip Johnson delivers a long, lonely, intense monologue on captivity in Asia. It's a tour de force but it does not fit the 'dream' concept of the scene.  It's such a strong piece of writing and acting that Stevens and director Gary Jaffe probably couldn't bear to leave it out.

The playwright's final modulation is the return to a more naturalistic style, a homecoming of sorts, to accompany the homecoming of the father. Some plot turns get resolved, but the uneasy alliances of the reunited family are expressed tersely and guardedly. This most extraordinary event, the return of the father after eight unexplained years, becomes a simple meal, shared without ceremony or comment.

Each of these four scenes is rich, powerful and coherent; taken together they are a celebration of the power of spoken language, well acted.  Director Gary Jaffe has once again given us an extraordinary, sophisticated and beautifully designed piece of theatre. But a word to the impatient: these performances keep you rapt for three hours, minus intermission of fifteen minutes.

This cast is breath-takingly good, and Tutto Theatre has made them even better with the phenomenally good set design by Ia Ensterä, costuming by Benjamin Taylor Ridgeway, lighting by Natalie George, and make-up design by Austin M. Rausch. See images by Kimberley Mead, below.

The McCallum black box theatre is small and so intimate that you have the impression that you're a next door neighbor perched on the fence, watching the transformations of that emblematic Idaho farm family.

Highly recommended. The Twelfth Labor runs Wednesday through Saturday of this week, 7:30 p.m. Click for info from Tutto.

Review by Elizabeth Cobbe for the Austin Chronicle, August 23 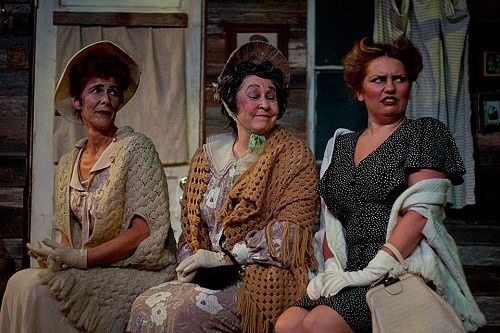 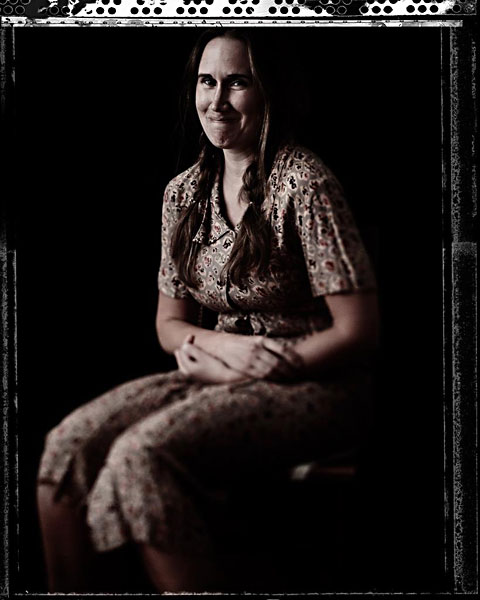 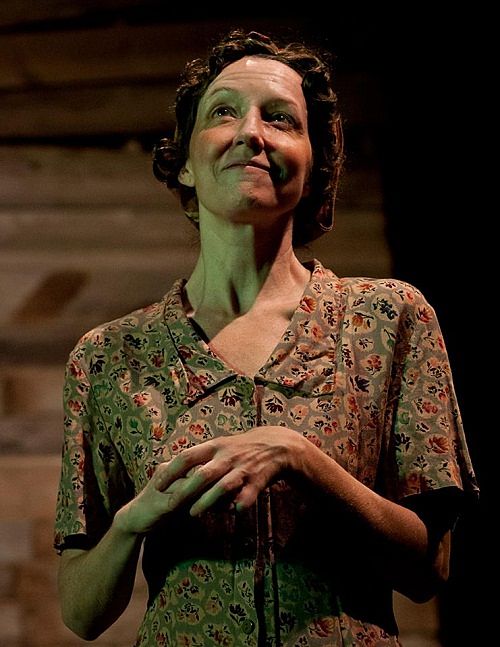 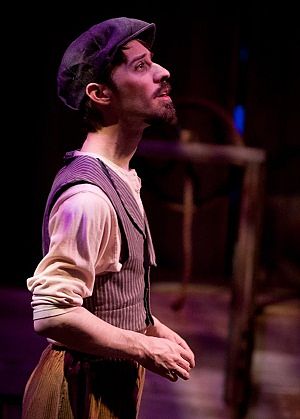 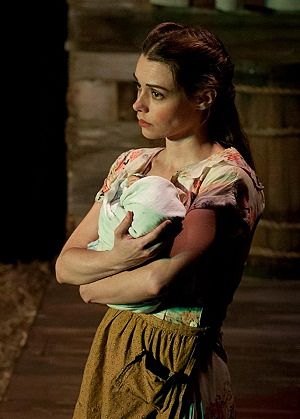 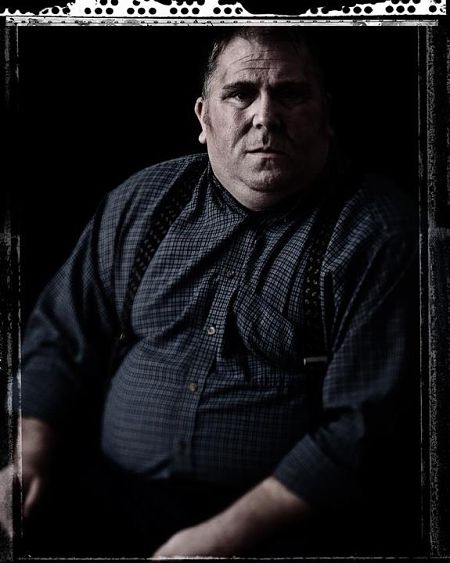 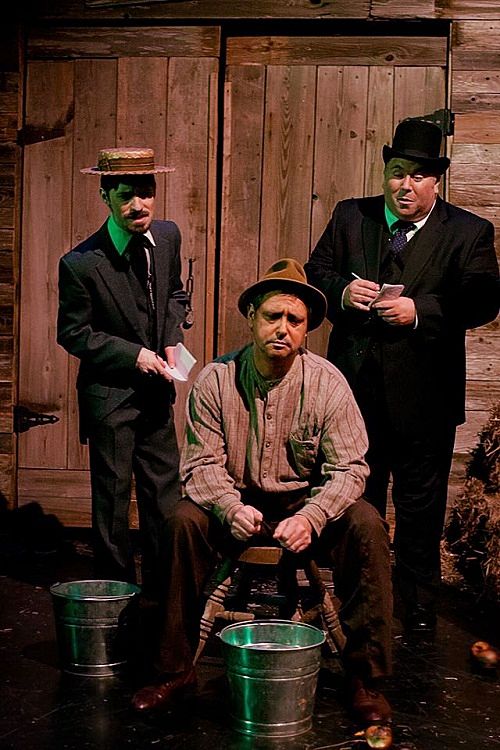 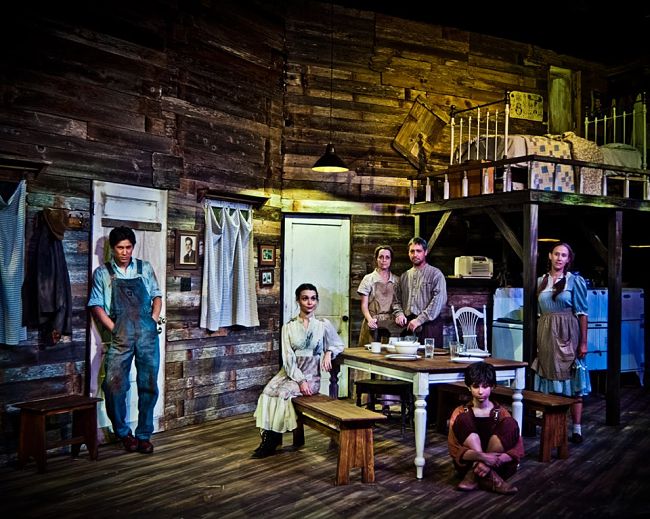 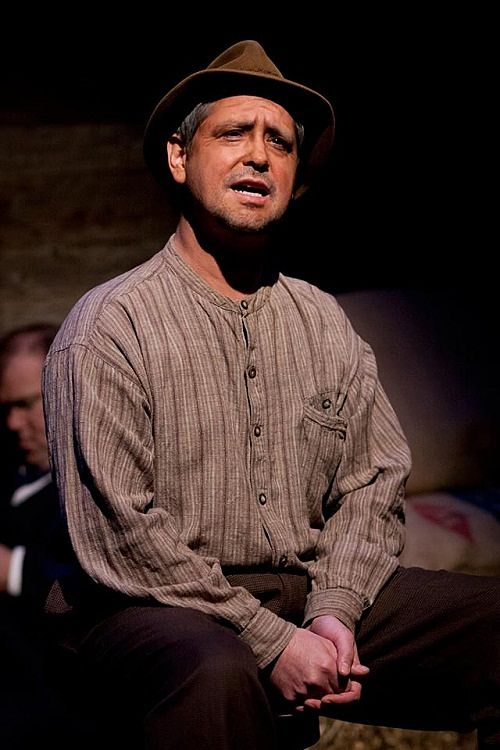 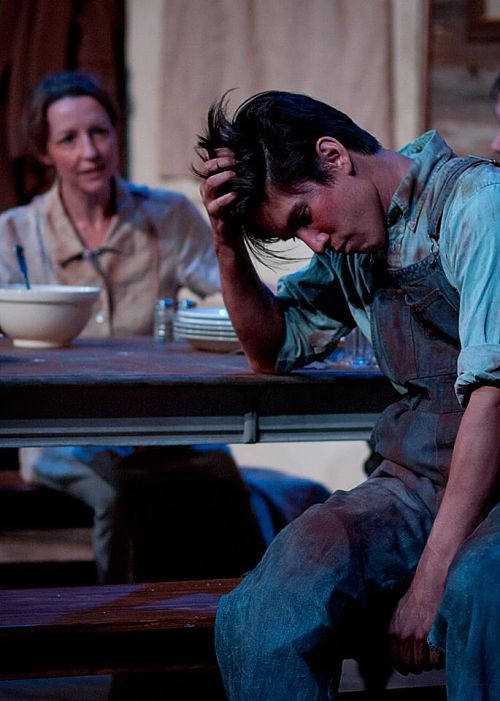 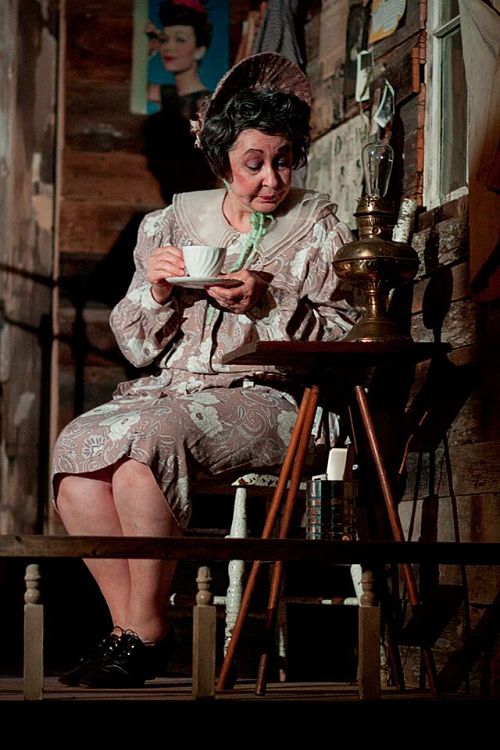 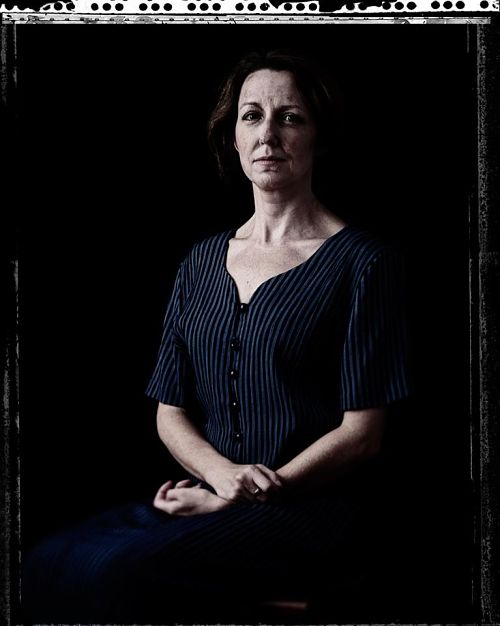 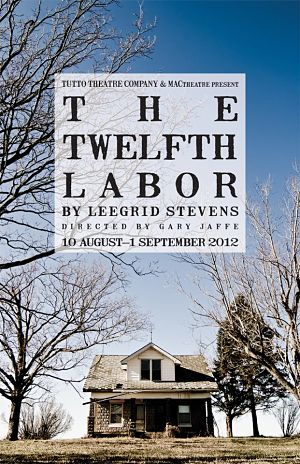