The late, great playwright Edward Albee certainly loved his games. In his most famous work, Who’s Afraid of Virginia Woolf?, the characters spent an entire night (and early morning) playing them. In his seldom-seen two-character piece from 1987, Marriage Play, the protagonists also seem to be playing at something. 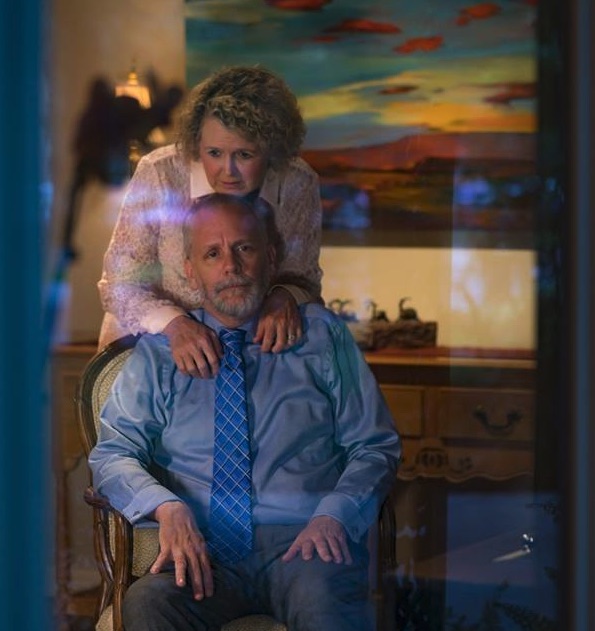 Jack (Andrew Thornton) comes home to Gillian (Catherine Babbitt), his wife of 30 years, and calmly announces that he’s leaving her. She greets the news with eye-rolling disbelief, a response that so infuriates him he insists on making his entrance again — repeatedly — until he gets something like the reaction he wants. What follows is a pas de deux between two ferociously intelligent people whose years of familiarity have armed them with the knowledge of just where to stick the knife — and the knives indeed come out with a vengeance.

Jack is surprised to learn that Gillian has been keeping a journal of every occurrence of their lovemaking in a volume that has grown to over 800 pages over the years. When she quotes two examples for him, separated by decades of time, they are spurred to reminisce about the history of their marriage — their courtship, the honeymoon and the long, empty stretches during which sheer boredom allowed infidelity to enter the relationship. They joke, jostle, and spar until they’re thrown into a literal brawl, with each one trying to hurt the other physically as much as they had been doing emotionally for so many years.

Babbitt and Thornton are marvelous as the troubled couple. They bring enough flamboyant theatricality to their performances to allow the to audience to interpret their actions as some sort of twisted game they play every night of the week. Director Tim Hedgepeth wisely strips the staging down to the essentials, allowing Albee’s dialogue to dominate. And Tony Ciaravino’s fight choreography, so startling in the manner with which the characters really go at it, is terrific.

Some critics have argued that Marriage Play is too much of an Albee cliché, relying on tropes and situations well-trod by his masterpieces of the past (Virginia Woolf, A Delicate Balance, The Goat…or Who Is Sylvia?), but that would be selling it short. Even minor Albee is still Albee — a voice, now silenced, that will be much missed in American theater. And Marriage Play deserves its place in the master’s pantheon. 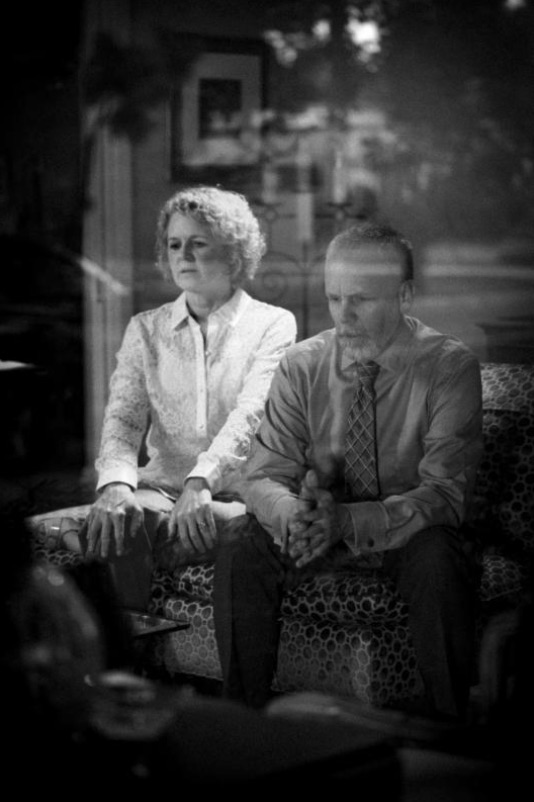 Tickets: All tickets are $20 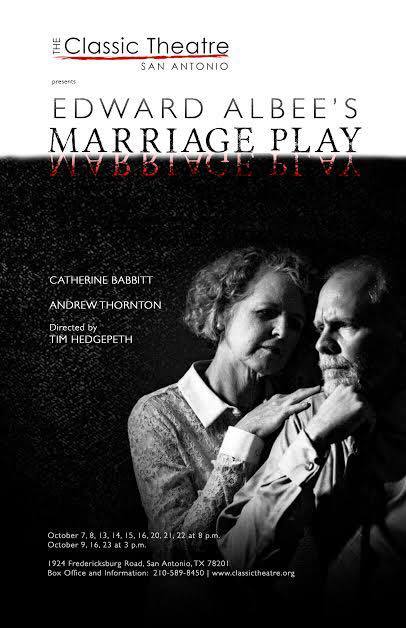