Though there's a PacMan motif on curtains, on the stage and on the poster, Erica Saenz's Keeping Track is really a thoughtful family drama rather than a creepy-crawly sci fi piece.   Saenz uses as a plot device the supposition that well-meaning caretakers might implant "smart chips" in human beings, as vets already do with pets.

In the context of this story, the smart chip is less a threat than a symbol -- of the deep attachment of Latino sons to their mothers.

Widowed now for a year, Carolina has been living on a "temporary" basis with her son Albert, the lawyer, and her daughter-in-law the still childless Janet.  The weekly ritual is Sunday midday dinner for the three of them, for Janet's half-brother Jack and his wife Melinda, and for friend of the family Yolie.  Playwright Erica Saenz plays Yolie, a free floating free spirit, cheerfully acerbic and on her 23rd (or is it 24th?) boyfriend.  Men like her fine, but they tend to stray, sneaking off for sexy adventures elsewhere.  Yolie wisecracks and wishes she could stick a "smart chip" up their asses so as to keep track of them. 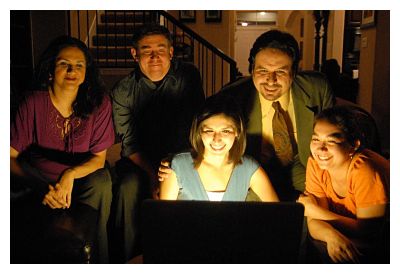 Janet is frustrated with Mom-in-law Carolina, annoyed by her continuing presence, and yearning for enough time alone with hubby Albert to settle into intimacy and make that baby that they both want.  Yes, she hears the frustrations of working mother Melinda and Jack about the hassles of parenting, but she's feeling trapped and dispossessed.  During the debates and the bickering, she finally brings it up: there's a lovely residential care facility that offers Carolina an active program, the company of folks her own age, and, as a bonus, a "smart chip" implant so that the staff -- and even son Albert -- can monitor her whereabouts at any time. 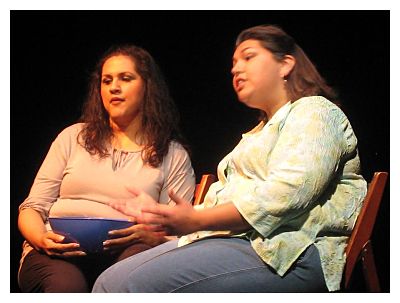 Saenz keeps the relationships at cordial boil throughout this piece, drawing for us with verisimilitude the tensions, affections and competing rivalries of family and friends in a middle-class assimilated Latino milieu.  Mama Carolina is probably the only character who had Spanish as a native tongue.  Yolie the chorus/commentator/clown is the only one who navigates in matter of fact fashion between the two languages.

Carolina (JoJanie Segura) does eventually agree to try out the senior home, opening a new series of comic possibilities.   Rick Olmos as son Albert just can't stay away from the GPS-style monitor of her movements, a fact that makes wife Janet (Karen Alvarado) even more aggrieved.  Sunday dinners continue, without and sometimes with Mama and her beloved enchiladas.  Matt Sadler as half brother Jack has some very funny lines and -- when Mom delivers a plateful of her delicacies -- some very funny table business with them.  And who is this gentleman who is paying so much attention to Mom?

Reconciliation is inevitable.  The playwright and director Chuy Zarate keep the characters at it until the plot is satisfactorily tied up.  Mom's happy. Albert and Karen are back on better than speaking terms with one another and others, and Sunday dinners carry on.  Saenz establishes her situation and her characters with the deft hand of a writer inventing a long-running, open story line. 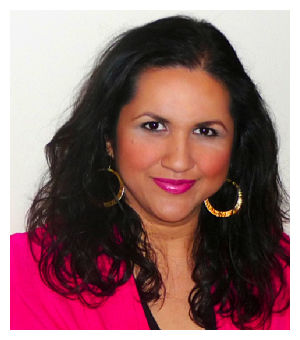 Perhaps that's not so surprising.  Erica Saenz confided to the Statesman's Jeanne Claire van Ryzin that during her years in California, she got fed up with casting calls that offered Latinas like herself nothing more than stereotyped bit  parts.  Keeping Track has the strengths of situation comedy.  Plus, Saenz gets to call the shots as playwright and to deliver tart observations and one-liners as one of the principal players. 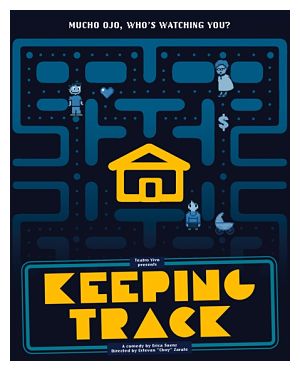