Review: A Streetcar Straight to Hell by Exchange Artists
by David Glen Robinson

For this Halloween edition of The Exchange Artists’ Hot Nights series, they changed the name to Hot Bloody Nights.  Other key elements remained the same, including the typically high performing skills exhibited on-stage, teaming up with a musical group, location in an upscale watering hole, a one-night-only run, and creativity unbounded. The Exchange Artists haven’t missed a beat with this series since they started it more than a year ago.

The show was based loosely, repeat loosely, on A Streetcar Named Desire. The opening scenes introduced characters familiar to some, and this is where the good acting and clever stage-play were found. But this was all set up and prologue to the finale of charnel horror worthy of the best horror movies of the 40s and 50s--and of a good Austin Halloween night downtown.

Aaron Alexander choreographed the fight scenes and enacted most of them with athletic skill and superb timing. Rachel Wiese played the disturbed visiting relative who lit the fuse to the conflagration. All the actors showed great skill in operating the set, the props, their costumes, and themselves. When actors make the difficult look easy, then the outcomes of their actions are surprising rather than predictable. 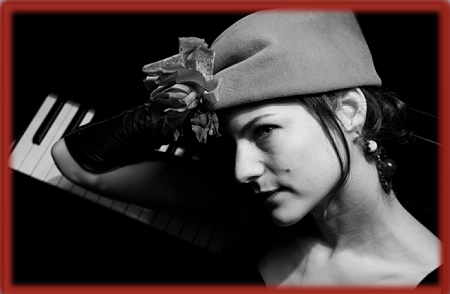 Some of the credit for this particular success goes to the directors Lindsey Sikes and Rachel Wiese. The producers, who put it all in motion, were Bridget Farr and Rachel Wiese, who each add another winning feather to a producer cap.

Even reviewers acknowledge the essential uselessness of reviews written after a performance run has finished, but in the case of Exchange Artists’ Hot Nights series, a posted review serves as a memory marker in time and space.  The marker says that we found them; they were here in such-and-such a place, and they made the core transaction of theatre art with an audience.

This is the deep artistic satisfaction a theatre enthusiast seeks and deserves.  The audience at the Exchange Artists’ Halloween show did their work in finding this brief, satisfying show.  The call now is for the like-minded community to remain alert for the next Hot Nights show. And then please seek it out, wherever it may play (Hint: the Blackheart Bar is a favored venue).  The rewards are great. 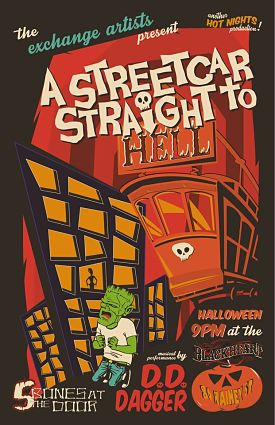