Pollyanna's script by Andrew Perry, a regular collaborator, presents primary school audiences with Aaron Alexander as a gleefully imaginative young boy arriving at a new school.  He and Griçelda Silva as his mother are a plucky pair, moving to a new town without the boy's father, who is absent on assignment somewhere -- perhaps with the military.  The boy has a sunny disposition and makes friends easily.  His games and his masquerades as cowboy, pirate, bug and superhero enchant his new friends and confound the cranky class bully played by Toby Minor. 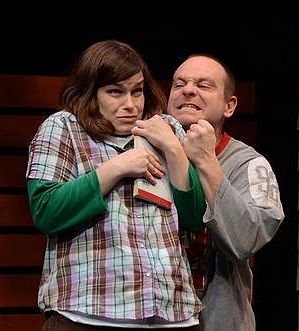 Pollyanna has a patent pedagogic purpose: showing audience members the positive effects of inclusive play and showing that a bully may not be inherently bad.  His behavior may be caused by stress and unhappiness.  A parallel story involving the boy's mother and her boss the principal of the school shows that this may be the case even for adults.

It's a hopeful message and perhaps one that's a touch too optimistic -- but who could be uncharitable to such sweet and amusing advocacy of charitable behavior?

Silva and Michelle Keffer are double cast as two duos: the mommy and principal and a pair of schoolyard buddies.  Hildreth England is the shy smart kid and Julie Linnard is the bully's former best friend, quite bewildered by his changed behavior.

Polyanna's adept cast is constituted of young adults, mostly regulars with the company who are well known to Austin theatre buffs.  For example, Minor is a fully qualified fight choreographer in 'grown-up' theatre life currently with two nominations in that category for the Austin theatre awards administered by the B. Iden Payne committee; Alexander is a busy working actor; the diminutive Silva, both an actress and a puppeteer, received a 2011 B. Iden Payne nomination for a very grown-up role in Breaking String's 2011 production of Flying by Olga Mukhina.  The technical artists at Pollyanna are equally gifted -- resident designer Ia Enstera Layadi  is also a double nominee for this year's B. Iden Payne award for set design, and costumer Pam Friday has regularly received similar recognition. 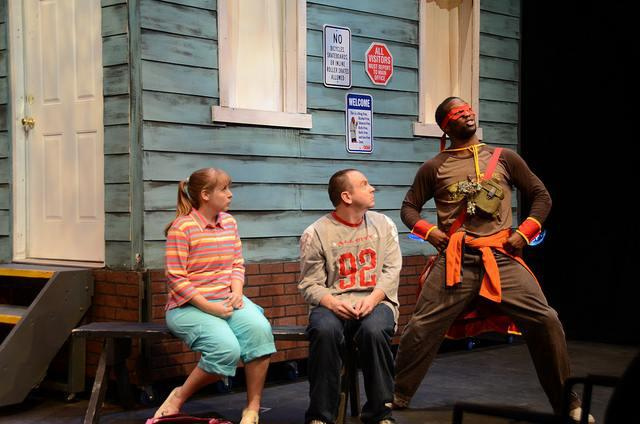 On the Tuesday morning I attended the play, the second graders who filled the Rollins Theatre seats were hopping and popping like popcorn -- until the performance started.  The Polly cast kept that volatile audience entirely spellbound. 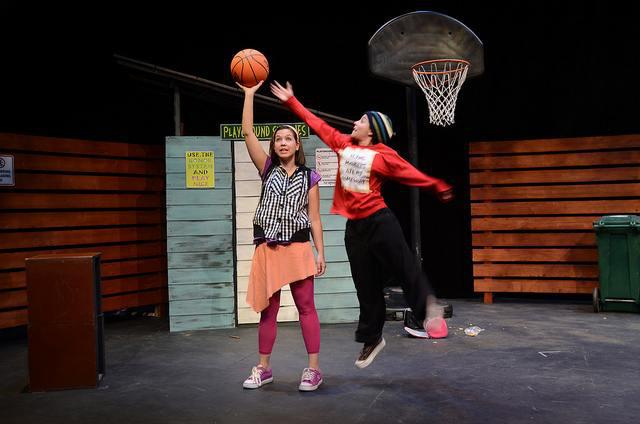 Long Center managing director Paul Beutel and Matetzschk-Campbell hosted a meeting afterwards announcing an extension of the cooperation formalized between the two institutions in 2011. They'll be working with the Austin Independent School District and elementary schools of Del Valle, not only with field trips to the Rollins but also with in-class exposure to drama and theatre.  Silva will be one of the leads in the effort.

Organizational Mission: To commission and produce original theatre for young audiences that speaks to the needs, dreams, and imaginations of young people and the child that lives inside each of …