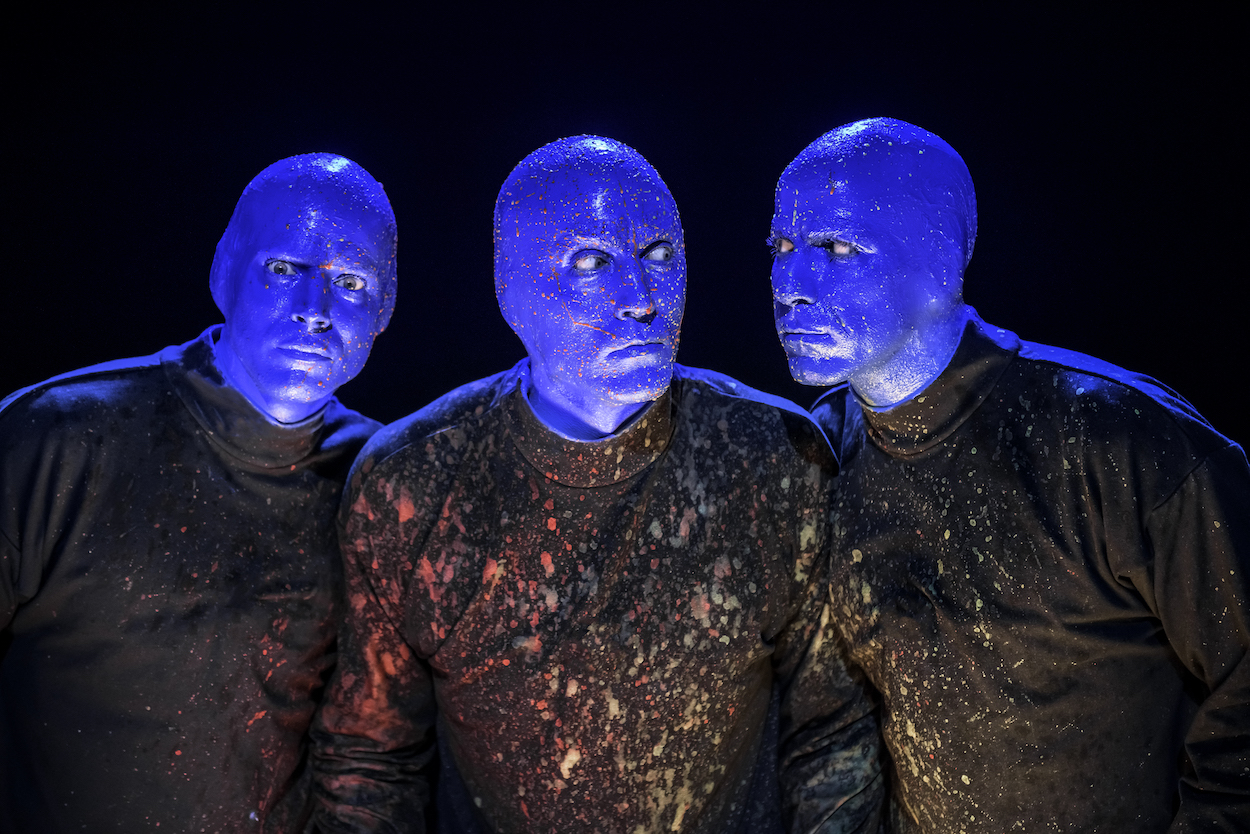 The Blue Man Group disguises low art as high art for an adoring public. Still, with the vast improvement and innovations in technology in the last thirty years, the ‘toys’ now available to them have a lot more potential.

Whenever possible, I like to go to any and every live production cold. No foreknowledge whatsoever. Of course, this is  sometimes difficult with extremely popular works and often impossible if it’s a classic. Now, I wasn’t particularly worried about spoilers when it came to the Blue Man Group, but all I really knew about it was that there would be Blue Men and lots of drumming. I also assumed there would be a lot of … 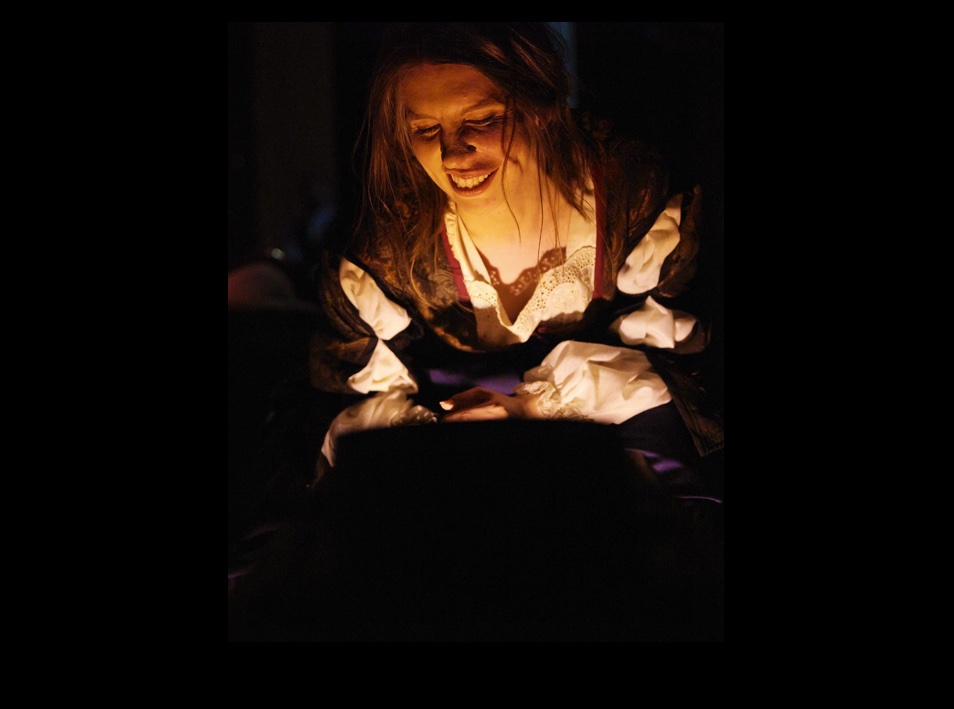 Silent House Theatre's impressive 21st-century take on HEDDA GABLER demonstrates both their dedication to theatre art and the ample talents they bring to it.

Ibsen's Hedda Gabler appeals to ambitious young theatre companies. Silent House (SH) Theatre in Waco just opened its second season with Hedda, almost exactly a year after the Broke Thespians in San Marcos did the same. The work has a relatively small cast and a single living-room set, and Ibsen created several characters of memorable depth, in addition to the titular Hedda, daughter of the late General Gabler. No less an authority than Wikipedia notes that "the … 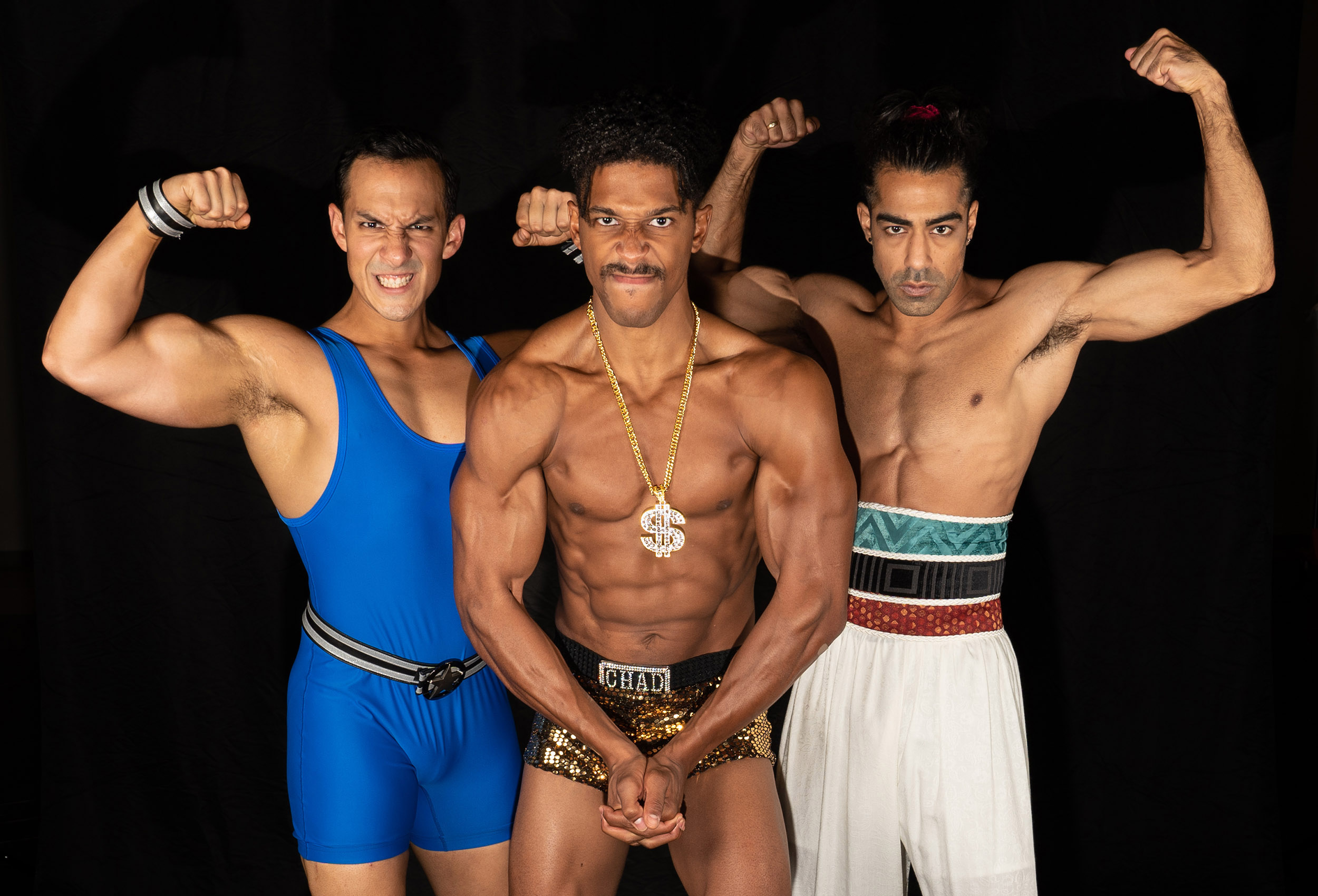 Review: The Elaborate Entrance of Chad Deity by Zach Theatre

Everything in Zach Theatre's THE ELABORATE ENTRANCE OF CHAD DEITY works to perfection. This uproariously hilarious participatory experience is a satire that's not afraid to sink its teeth in. Buy tickets. Now. Only one weekend left!

Ed. note: CTXLT colleague Justin M. West suffered a near knockout from the 'rona but made his way to a keyboard to deliver this review. He regrets the delay. The Elaborate Entrance of Chad Deity is scheduled to run through October 23, 2022.     If you’re the type to skim or just read the first bit of a review to get the gist, this is for you: Stop reading. Buy tickets. Go see this show. … 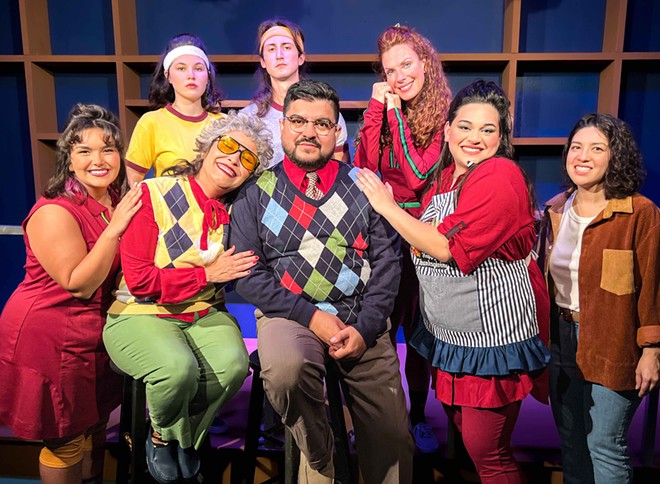 Review: A Beautiful Day in November on the Greatest of the Great Lakes by The Public Theater

The recipe for A Beautiful Day [. . .] is a big helping of sentimentality, a hefty dose of satire, a touch of disdain, celebration in quantity, and, at the very end, the full contents of a vial of dark, glistening hemlock.

San Antonio's Public Theatre has put up cast headshots and bios for Kate Benson's 2015 A Beautiful Day in November on the Greatest of the Great Lakes, but this is the only onstage image published so far—a cast photo, everyone in character and costumed. Benson provides a vigorous depiction of the familiar confusion of a gathering for the sacred family holiday of Thanksgiving. This static, expectant image looks like many a holiday photo, a souvenir …

The music and tales so generously danced in MARIA AND THE MOUSE DEER by Alexa Capareda served Austin Ballet II's goal of bringing new source material to contemporary ballet. The work sets a high standard for others to come.

Maria and the Mouse Deer by choreographer Alexa Capareda, a Ballet Austin II production, had its world premiere at Austin Ventures Studio Theater on October 15, 2022. The youth ballet is the first outing in the series Fables of the World. The company plans to create new youth ballets every two years and tour them widely. This piece is another entry into the world of nu ballet, a movement that seeks to change in the … 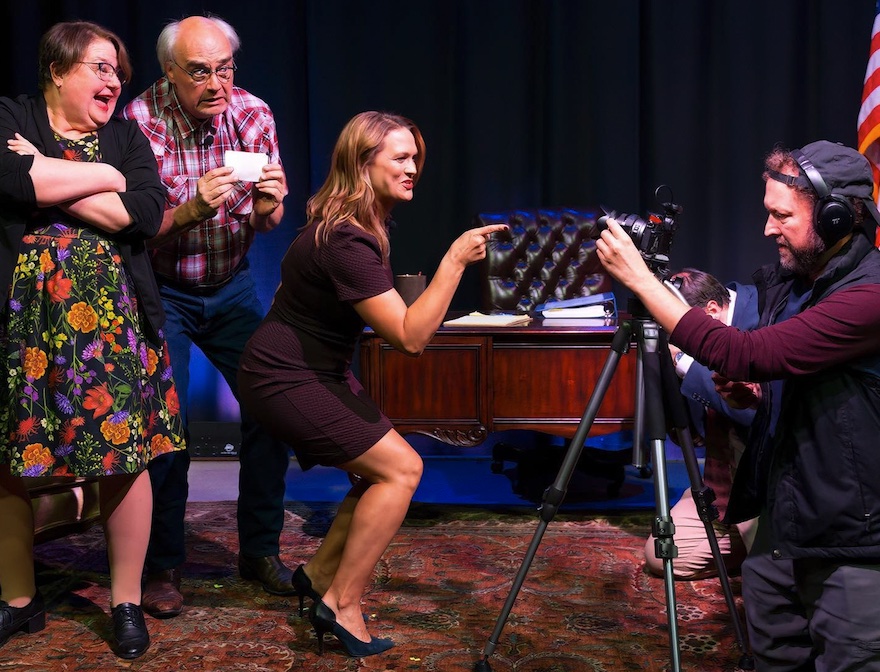 Review #2 of 2: The Outsider by Beyond August Productions

With THE OUTSIDER, Beyond August Productions delivers the goods. The laughter begins as soon as action begins and continues through the final curtain call.

The program states: “Time: The Present. Place: The Governor’s Office in a Small State.” And so begins the new play by Paul Slade Smith, an actor and writer from Brooklyn. His play Unnecessary Farce was a runaway international hit with productions in eight different countries. His 2015 work The Outsider has racked up thirty-four productions in 2022 alone. This play has been described as “razor-sharp satire” and a “madcap political farce.” The elevator pitch …