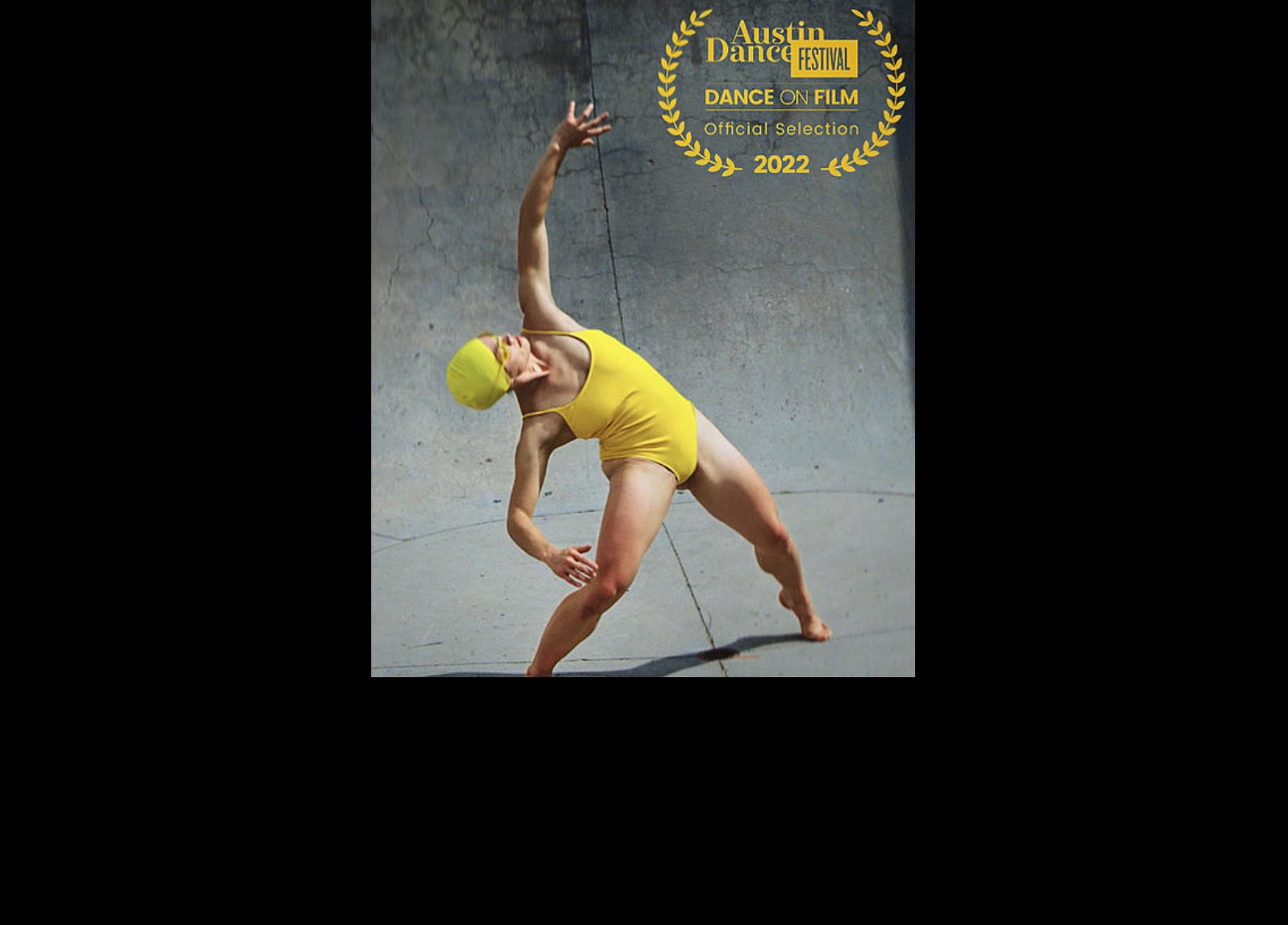 In his dozen short examples of dance on film, or "film dance," ll the tools of videography and cinematography come into play, including screenplays and scripts written in or before pre-production.

Part II   As promised, the writings and review of Austin Dance Festival 2022 for CTXLive come in two parts, largely due to the volume of artistic material presented at the festival. The event filled the Rollins Studio Theatre stage and screens at the Long Center in Austin for four days, July 14-17, 2022. The material covered here is from Dance on Film, Thursday, July 14, 2022. An added benefit of the Dance on …

Austin Dance Festival 2022 Produced by Kathy Dunn Hamrick Dance Company at The Long Center's Rollins Studio Theatre July 14 – 17, 2022   Part I   The Austin Dance Festival 2022 has taken place at the Rollins Studio Theatre at the Long Center. The event was very much an expanded version over what came before, with performance showcases and film taking place over four days. The 2022 edition may have been the largest ever, with three …

Review: The Sound of Music by Zach Theatre

Dave Steakley succeeds with an innovative staging concept and sparkling cast for THE SOUND OF MUSIC; he mostly succeeds in tying fraught pre-Anschluss Austria to today's beleaguered United States.

Austin's Zach Theatre needed a big one to bust free of the COVID oppression that harmed this and other venues, and Dave Steakley has delivered handsomely.    Who doesn't know The Sound of Music, the 1959 Rodgers and Hammerstein musical that garnered an armload of Tony awards and was the basis of the 1963 film that swept the Oscars?   Steakley's challenge: use that familiar material but make it new. He succeeds with an innovative … 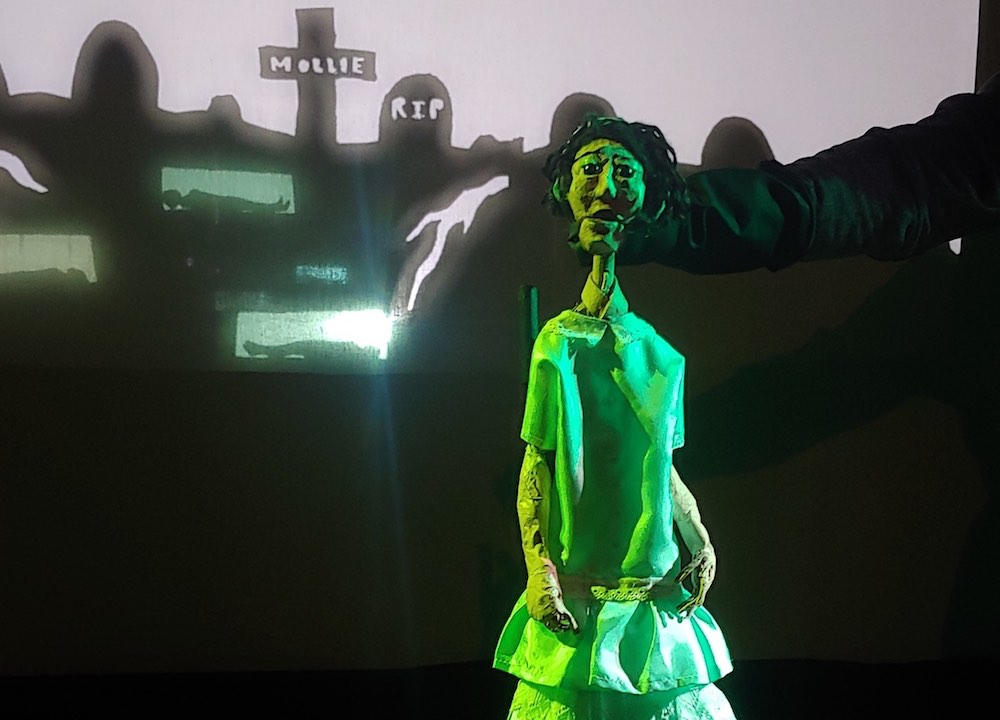 This workshop production with gaps and taped-up aspects gives a foretaste of another deeply socially concerned work to be done by Trouble Puppet master Connor Hopkins.

Trouble Puppet Theater’s first production in a while, Undark: A Radioactive Puppet Play, remains in development. The performances at the Vortex in east Austin were supported by a Workshop Grant from the Jim Henson Foundation. That organization, the Olympus of puppetry, may give a full production grant to Undark for production in about a year’s time if its leadership ultimately likes what it sees in the workshop edition. That is the stimulus for the full …

Review: The Mad Scene by Performa/Dance

MAD SCENE from Jennifer Hart offers a goo of images and actions, soaring and crawling, angelic and monstrous, unified and diverse, harmonizing and chaotic. Fame and notoriety are empty. We have left the Louis XIV 's ballets far behind.

Something snapped deep in Jennifer Hart‘s brain. Mad Scene flowed out, a goo of images and actions, all soaring and crawling, angelic and monstruous, unified and diverse, harmonizing and chaotic. Time played for putty in Hart’s hands, with a giant set of the great hall of Versailles in projection and a disco ball over stage center. Projections and video gave us more views of Versailles, woodland Texas, and stone architecture, locations unknown. The first dance … 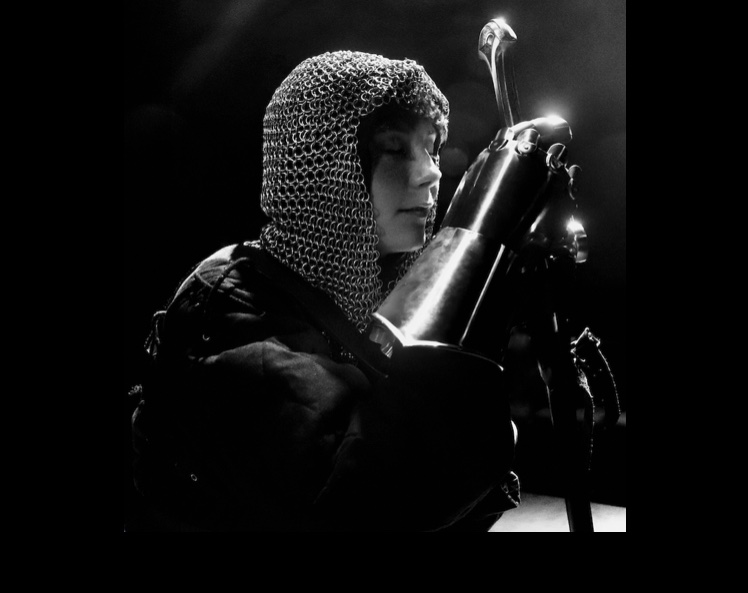 This rewrite of GBS's SAINT JOAN is grand in its story but tightly knit in presentation, inspiring without being overly reverent, which keeps it accessible. Humor peppers the updated, provocative script.

I have long known about Lighthouse Theatre, which has a residency at the Crestview Baptist Church in Georgetown, TX. My lack of attendance at any of the company’s performances is probably due in no small part to my own confidence that, upon setting foot in a church, I would immediately burst into flames and ruin whatever production I had come to see on account of being a godless heathen of a frequently outspoken ilk.   …