Review #1 of 2: HEDWIG AND THE ANGRY INCH by Zach Theatre
by Brian Paul Scipione 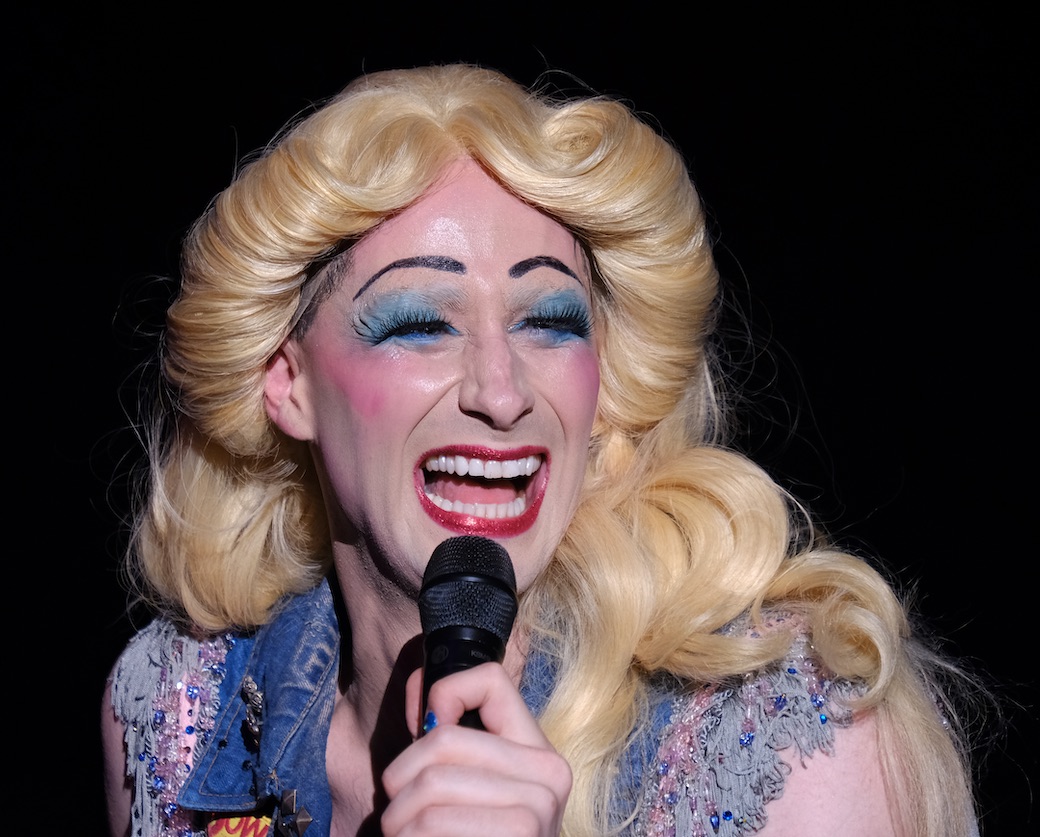 Inside all that fabulousness there is so much pain.

During The Long Grift, Hedwig tries and tries to finish the opening when s/he senses a breakdown. S/he throws out some banter and attempts to restart the song, but it is not to be. S/he storms off stage and becomes a quiet rainstorm in the distance. The audience is subdued, but only momentarily, since Leslie McDonel as Yitzhak steps to the microphone and fills the space, the stage, the auditorium, and the consciousness of everyone watching with her tremendous sonic vocal range and explosive emotive ennui and emancipatory cry.

Soon, though, Daniel Rowan as Hedwig will re-enter the spotlight to deliver Hedwig’s Lament -- like a simmering cauldron emitting a tiny burst of steam containing an entire lifetime of human emotion within its small but eruptive fury.  After a little more banter and a few more reveals, the two join up for Exquisite Corpse. The song begins with  tableaux in which Rowan’s exquisite frame is bathed in green light, subtly foreshadowing the Frankenstein-esque lyrics of “I'm all sewn up, a hardened razor-cut, scar map across my body.” The rest of the song plays out like a Lady Gaga shout-out to her little monsters. The effect of these three songs is a most beautiful battering of the audience’s psyche that is unmistakably puissant, powerful, and gratifyingly self-indulgent.

All of these concentrated and compact turns of phrase cited above are meant to convey one thing: this current production of Hedwig and the Angry Inch is executed with proper reverence for the original production. In the cabaret spirit of the original, it has updated the topics Hedwig addresses, including local surroundings. The script is immaculate with Austin references that invoke a time just as weird but with less traffic. The play features the text of John Cameron Mitchell and the hyper-catchy melodies and tongue-in-cheek-defying lyrics of Stephen Trask. 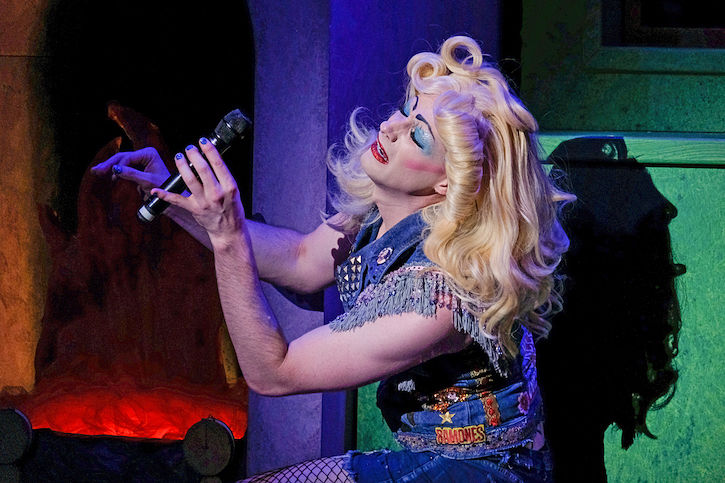 Producing artist director of Zach Theatre Dave Steakley takes on the directing role. Already responsible for a long line of successful Zach productions, he does his reputation proud with this show. The cast is granted an immense freedom of verve, style, and panache which they use to their utmost.

Daniel Rowan ignores the temptation of imitation and makes the role entirely his own. Embodying the character heart and soul, he owns both the spirit and the story of this play to the point of total internal sublimation. Rowan would never spit at the audience, but Hedwig certainly would and does. It's wonderous to see a person singly devoted to such a socially transgressional role. Hedwig's relationship to Yitzhak transforms from concrete to a rain shower in a short ninety minutes. 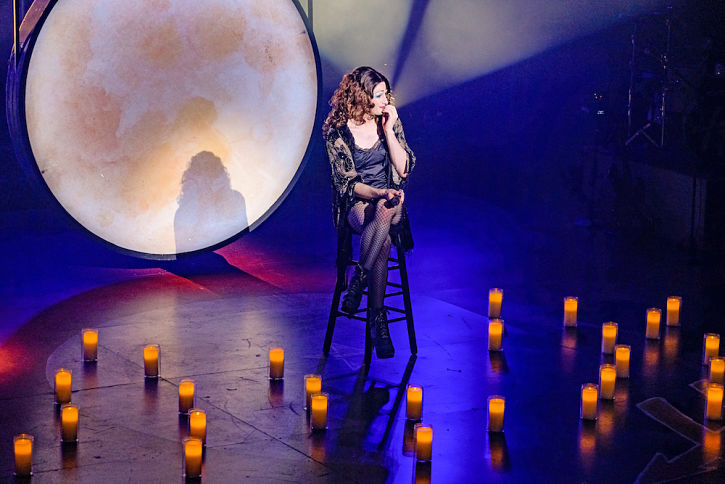 Whether you are new to this play or a long-time fan, you will be delighted by this present production. There is a lot more I could say about the story and the new references made in this production, but they would read as either idiomatic or spoilers. There's an excellent set, strobe lights, candle lights, and wonderful costumes, as to be expected to serve such a fabulous creature.  But as hinted above, the fabulousness ensconces a deeper story that needs to be told repeatedly. The mythological references in the play are fitting for the story, but from a wider perspective it's hard to deny that the story of Hedwig is a modern-day myth or fable that deserves retelling as Zach Theatre has done.

Age recommendation: 13 and up for strong language and adult themes