Review: The Magic Fire by Different Stages
by Michael Meigs

Norman Blumensaadt's Different Stages, active in Austin since 1981, isn't a repertory company in the strict sense. It's a creation of Norman's initiative and vast knowledge of mostly twentieth-century theatre literature of the U.S. and U.K., homeless and itinerant, beloved of a small but appreciative clan of actors and theatre goers. Different Stages offers its aficionados evenings of theatre they're unlikely to get elsewhere. Their current production, Lilian Groag's deeply moving The Magic Fire, has to my knowledge been performed in Austin only once before, in 2011 by Austin High's Red Dragon Players under the direction of Billy Dragoo.

The script is a gem, rich of character and powerfully evocative, presented as a memory play by the narrator Lise, unashamedly an avatar of the playwright herself. Groag was born in Argentina in 1945 to a family of immigrants, her father from Vienna and her mother's clan from rural Italy. The spectre of encroaching totalitarianism infuses the play. Though not Jewish, her father left Austria as fascism percolated through that society, only to establish himself in Peronist Argentina. In the play both sides of the family are enamored of arts, music and opera, and they quarrel amicably over the relative virtues of, for example, Wagner and Verdi.

The "magic fire" of the title refers to the closing scene of Wagner's  Die Valkyrie, in which the Wotan the god of war surrounds heroine Brunnhilde with a protective circle of fire through which only a true hero may pass. The reference is apt, not least because the father of the family made the daunting leap from the fire to the frying pan, landing safely but finding flames of menace flickering ever closer to his extended family. 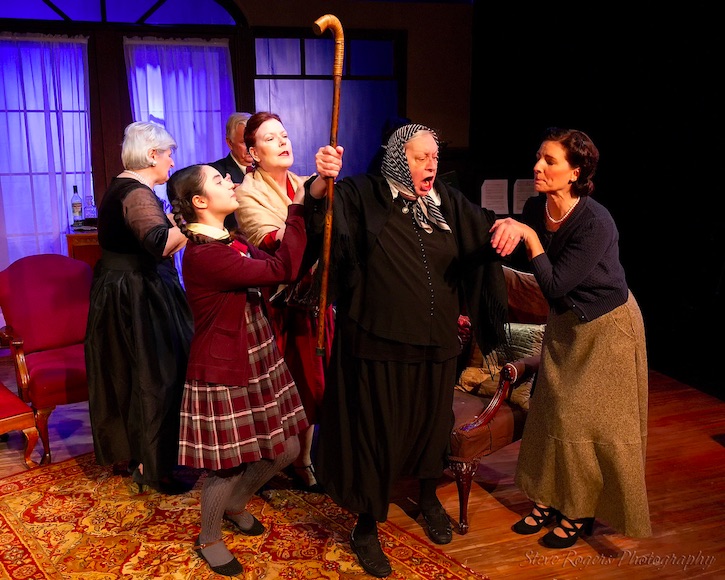 Extended it is, almost a dozen strong, and Blumensaadt again achieves a repertory effect by casting many of his longtime collaborators in the piece. Most striking among them are the redoubtable Jennifer Underwood as the ancient, irascible Italian grandmother, Karen Jambon and Katherine Schroeder as vividly eccentric aunts, Rick Felkins both as the vanished grandfather much berated by Underwood and as his patient and somewhat pained son, and Michael Costilla as an earnestly despairing newspaper editor. Fitting snugly into this ensemble are Natalie Garcia as the narrator/rememberer and Lucky Cantu as her seven-year-old self. 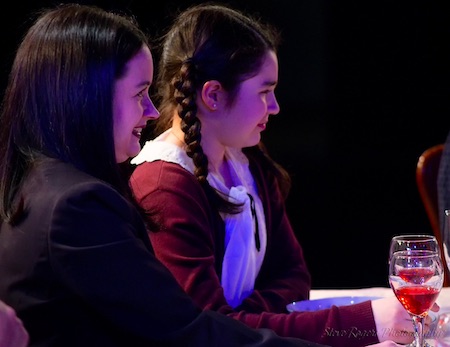 The director took some of the cream of Austin's latinx theatre by casting Giselle Marie Muñoz as another maiden aunt and Eva McQuade as Rosa the cook, through whom the realities of repression insert themselves into the protected family circle. Beau Paul, a City Theatre principal, is next-door neighbor Henri Fontannes, the military general with a kind face covering a Wotan-like devotion to the violent tactics of the regime. Greg Ginther and Beth Burroughs are the Bergs, Lise's parents and hosts to the entire peculiar and joyfully disputatious family.

No doubt we'd all like to depict our own uniquely peculiar families onstage. Groag's was a mine of inspiration. Narrator Lise, an adult living in the United States, addresses the audience directly and hovers on the periphery of much of the action. Playwright Groag teases us at times, allowing grown Lise sometimes to slip into interaction as young Lise, and even making the narrator protest against some of the scenes played out onstage. There's a fluidity of memory that is for the most part gratifying as reveries are made palpable and perhaps coherent for the first time. 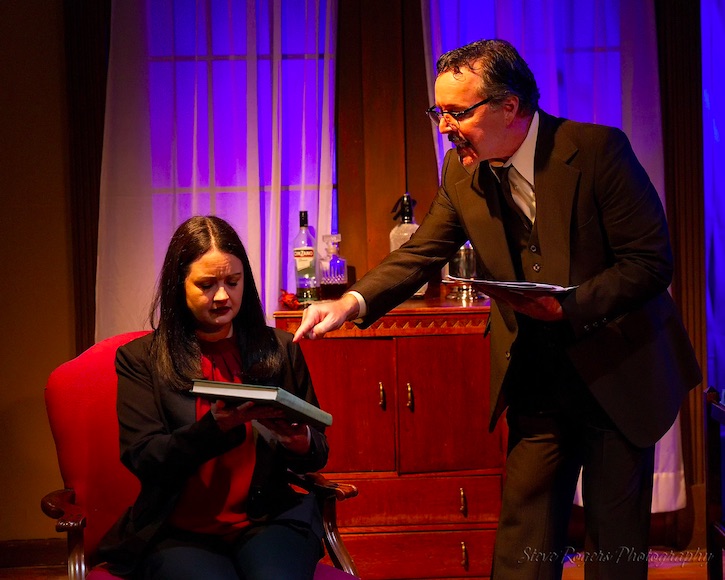 The core of The Magic Fire is a lively, talkative dinner scene.  The family is gathered around its long table, anecdotes and complaints and topics fly unrestrained over the meal, and those distinctive characters exult in their differences. Blumensaadt and his cast establish a fine, credible and highly entertaining rhythm. This is playmaking of high order. 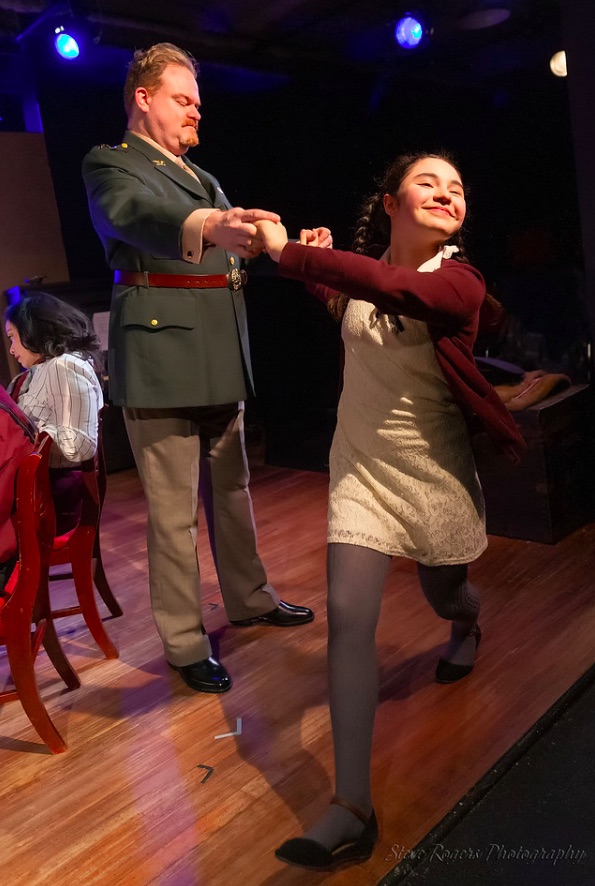 Given that level of dramatic art, I was puzzled and disturbed to find that one of the basic rules of stagecraft was abrogated repeatedly. From the first moments on stage an actor is taught to do everything possible to remain visible to the audience, 'cheating' if necessary to speak at an angle so that the face is seen, at a minimum in profile. The initial scenes for Muñoz and Paul both offend against that custom, for the director places them on a sofa at stage left, speaking upstage to the Bergs. Even more perplexing is the wonderful central scene of the family dinner. Of course we all know that no family in the world is going to arrange itself exclusively on the upstage edge and the ends of a capacious dining table. But in this crucial scene both young Lise and narrator Lise are stationed at the table with full back to the audience, where they remain implanted throughout.  I was not the only spectator shifting and craning my neck to catch a glimpse of the sparkling character work going on beyond them.

Tart comments about "that woman" -- Evita Perón -- suggest family sympathies. Lucky Cantu as young Lise is cheerful and mostly carefree. She adores the gravely kind next-door neighbor Gen. Fontannes. Lise little knows of her father's dilemma and decision when he learns that out in the kitchen during this boisterous celebration there's a fugitive, the cook's brother, on the run from the police.The pleasures of family, art and music are insufficient to insulate the family from politics and violence.

Later, Evita's death is announced on the radio and the opposition press is trashed and shut down. But the Berg family is lucky: Fontannes's protection of the family extends even to facilitating the issuance of passports so they can seek to exit the country.

The Trinity Street Players' space is snug enough to give you a close-up view of these intriguing characters and the mostly familiar, vivid actors who inhabit them. The Magic Fire brings you securely into their circles. And it's likely to motivate you to return to experience what Norman and that floating rep do next.

For tickets go to https://www.differentstagestheatre.org