One reason A Chorus Line endures is that it captures for us the intense ephemeral nature of theatre and dance --  by portraying the anxiety of performers who've trained to the highest level but are subject to the arbitrary whims and preferences of a director or backer of a show. It's a peek behind the curtains of Broadway and Baghdad-on-the-Hudson. It's a glimpse of the ever true: for every dancer or actor successfully strutting on those few glorious stages, there are ten or even dozens in greater New York City alone who could have done the job. Those who do find work don't stay continuously employed. They're always haunted by the next audition and the next scrabble to stay in place. 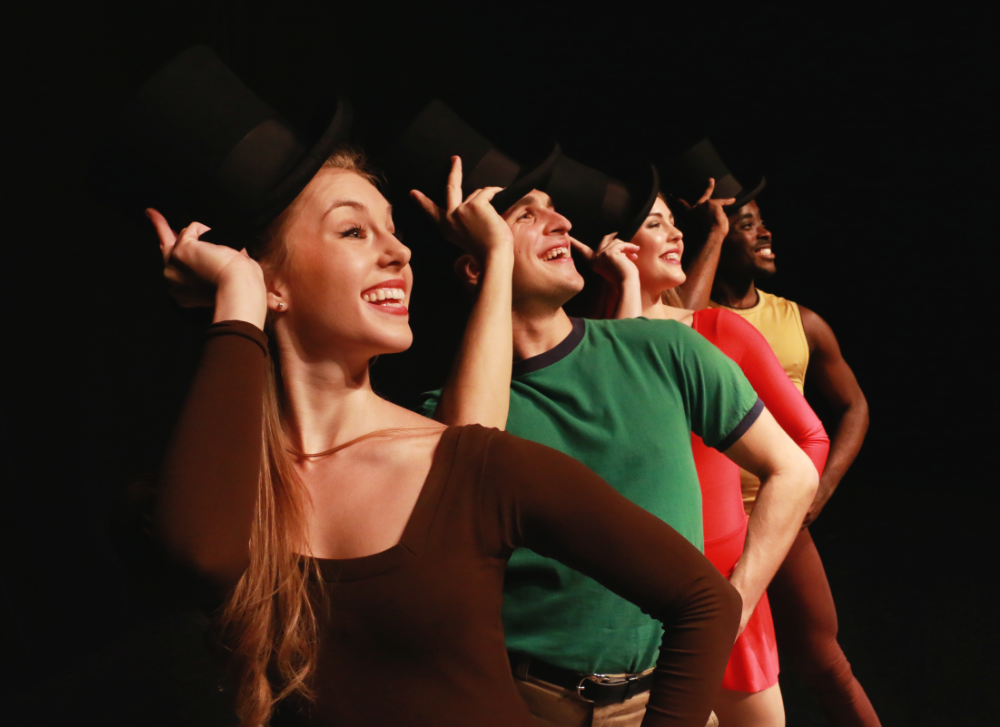 That's not counting the legions who attend the musical theatre programs such as Texas State or Elon University or Carnegie Melon or NYU's Tisch School of the Arts. They train hard, dream hard, and burn out early. In a way, they're like all those young men who go through the winnowing-out process of playing football through school and university, aiming at the NFL -- except there are more top-level jobs for football players.

Cassie Abatie brings magic onto the stage, incarnate in a large cast of fine singers, superb dancers and good actors. A Chorus Line is a trip into dreamland, one where you in the audience have the liberty to pick out your favorite as Zach, the abrupt but distantly sympathetic director played by Nick Lawson, runs routines and cuts the inital twenty-five to sixteen. The director warns them: only eight will be taken onboard.

There's plenty of elegant, precise and lively stage dancing, much of it called out loud by the onstage director. That's a vivid reminder that what seems so effortless in production results from meticulously taught choreography and long hours of practice. Constituting the heart of the show, however, are the reveals. The director first asks for names, ages and hometowns; after the first cut he firmly instructs them to tell something more personal. Those mini-bios in the glare and stress of the footlights become revelations and giveaways. For the Texas State students they're prime opportunities to impress, particularly since often they're intros to songs either solo or in groups. 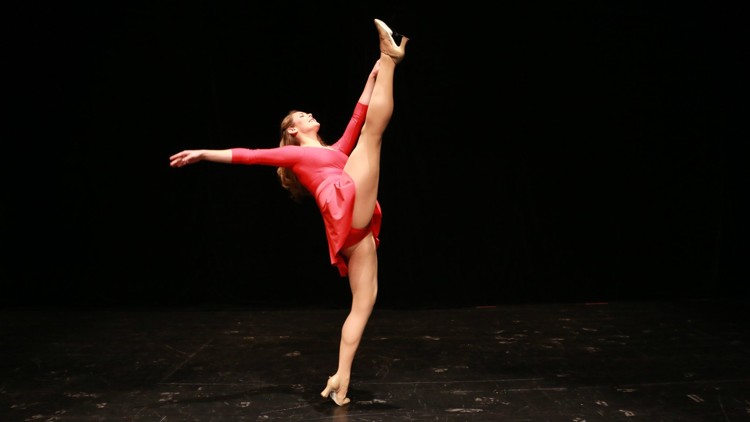 Breaking that episodic rhythm, toward the middle, is the plot reveal that Cassie (Emma Hearn) has a history with director Zach, and this is the first they've seen of one another in two years. Cassie tasted a couple of crumbs of success in Hollywood but now desperately wants to return to the onstage dance chorus. There's not much punch in the story, but it does serve to remind that few find a way out or up. Another dancer's on-stage mishap raises the same concern. Director Zach wants to hear directly from each of them: "What will you do if you can't dance?" 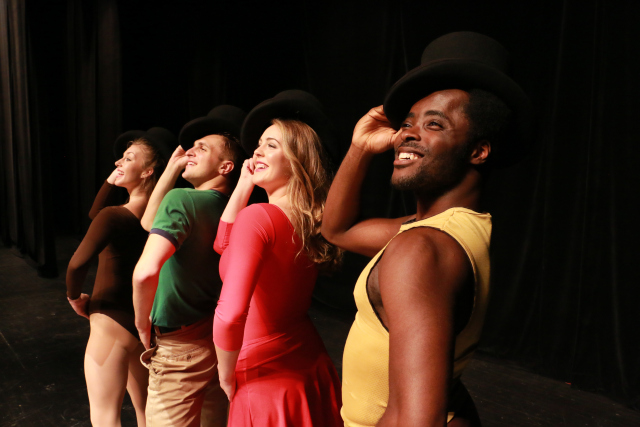 The climax comes as the director summons eight of the candidates, one by one, to step forward. How has he chosen? Whom has he chosen? Is it fair, is it just, is it right for the vaguely mentioned production he's planning? The flashy finale will bring 'em all back onstage in top hats, spangles and frock coats, and all the individuality blurs away. It's the art, folks, it's not the individual, that last number seems to say. . . but never forget how much went into it and how many hearts were broken.

A Chorus Line is set firmly in its origin year of 1975 and its origin place of New York. Though the ordeal repeats eternally, keeping this show relevant (it was previously done at Texas State in 2010), it's amusing to catch references to bygone celebrities such as George Hamilton (who?) and Cyd Cherisse (who?). Toss into that mix of ephemeral/eternal the fact that performers who appeared in the original staging are now at or near Social Security retirement age. And long long past the time when they had to retire from the grueling, invigorating art of onstage dance performance. Michael Bennett, director of the original production, was 32 years of age; he died twelve years later of complications from HIV at the age of 44. Thirty years ago.

Let's applaud long and hard to signal our appreciation for these beautiful aspiring performers. Every face is a winner. We wouldn't wish such agonies upon any of them. Unless, of course, they insist. . . . 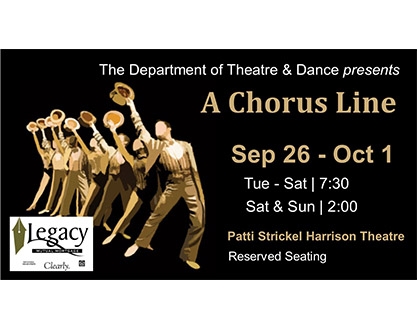