Dani Girl is a musical story about children with cancer. The action takes place in a ward of a children’s hospital. It may seem macabre to produce a show with dying kids loaded full with laughs and hilarity, but such oddball sensibilities never stopped Steven Sondheim or John Waters. Composer Michael Kooman and lyricist/writer Christopher Dimond leap headlong into the field filled with risk and for the most part succeed in their musical efforts.Thanks to the producers, designers, and excellent cast, the tear-stained audience and all but a couple of the characters make it out of the theater alive. 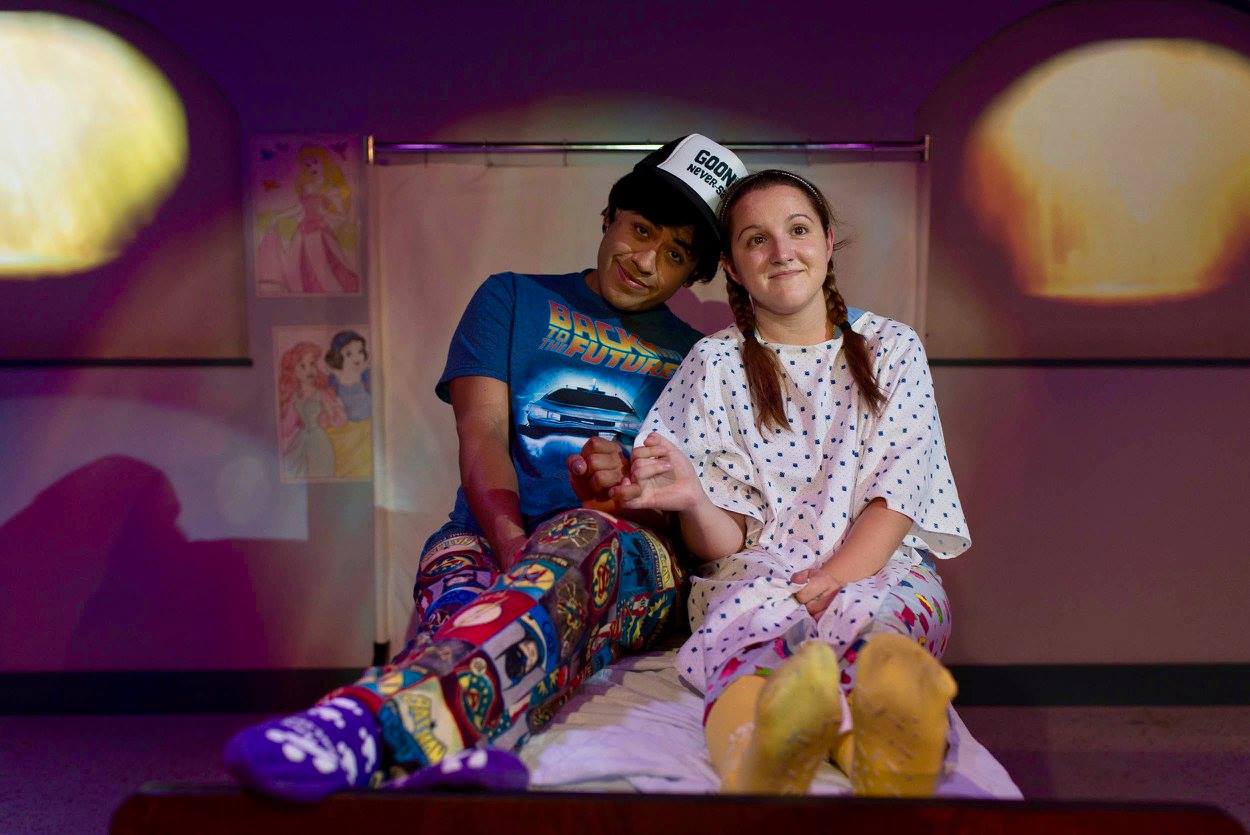 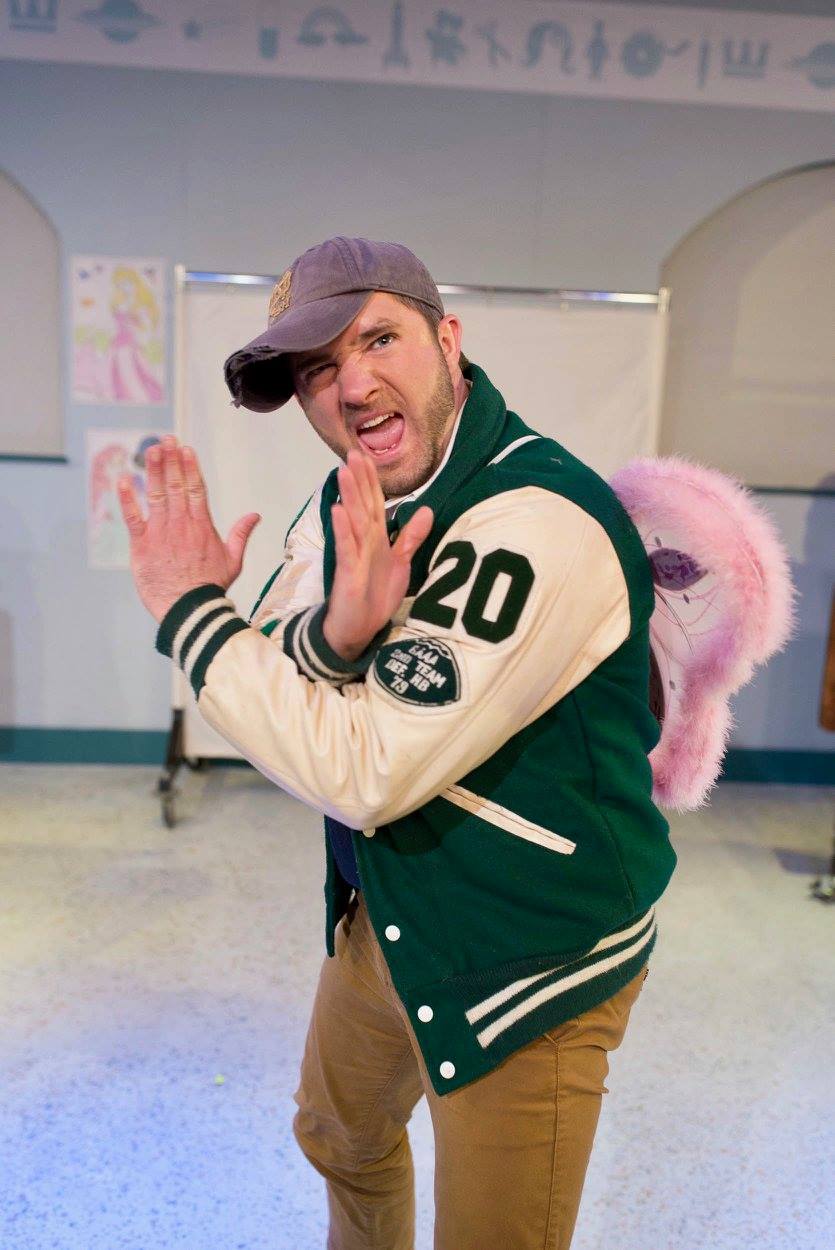 The cast includes some of Austin’s best theatrical singers, notably Taylor Moessinger, Andrew Cannata, and Ann Catherine Zárate, náe Pittman.  Michael Reyna is a relatively new and welcome arrival from NYC. But woe, Moessinger announces in her bio her impending departure for Seattle.  She will be missed. Director Jenny Larson is to be applauded for the clever casting choice of Moessinger as a nine-year-old character. Cannata continues to show mastery and breadth in his singing and athletic portrayals of multiple fantasy characters. One can listen enjoyably to any show with one or all or any of these singers.

Chris Conard has designed another successful set in the surprisingly spacious and flexible Trinity Street space. Successful and imaginative sets have succeeded one another in the upstairs theatre over the past few years. Furthermore, the acoustics are excellent, and they facilitate the work of Music Director Megan Pritchett and Sound and Props Designer Andrew Hatcher. Trinity Street Theatre is becoming a favorite of musical theatre fans, and its atmosphere always conveys a warm, dark, embracing feeling of comfort.

Contemporary musicals that take on life, death, and what comes after generally make up their theology and cosmology as they go along, to appeal to or at least not offend the widest possible secular audience. Dani Girl is no exception to this situation, but one wonders, why all the strenuous efforts? Most people who go to a musical have already decided their issues of faith. Few are looking for answers, and the rest don’t care one way or another. Children in dire circumstances have predictably muddled ideas on the ultimate questions, and the muddle can be imaginative and creative. One questions whether or not adults can genuinely and appropriately make musicals about the muddle and offer them to audiences for entertainment.

The play would be better if it settles on one religion or another and develop the story, as the plays of absurdist playwright Christopher Durang do so reliably.This is why, for this reviewer’s money, a better end of Dani Girl would have been the powerful “The Sun Rose Again” sung by the redoubtable Ann Catherine Zárate.  The song came at a point when the medical outcome of one of the child patients is finally known, and it was revealed delicately yet firmly to the audience without an explicit text line (credit here goes also to director Jenny Larson). Ironically, the scene and the song offered the best writing in the show. 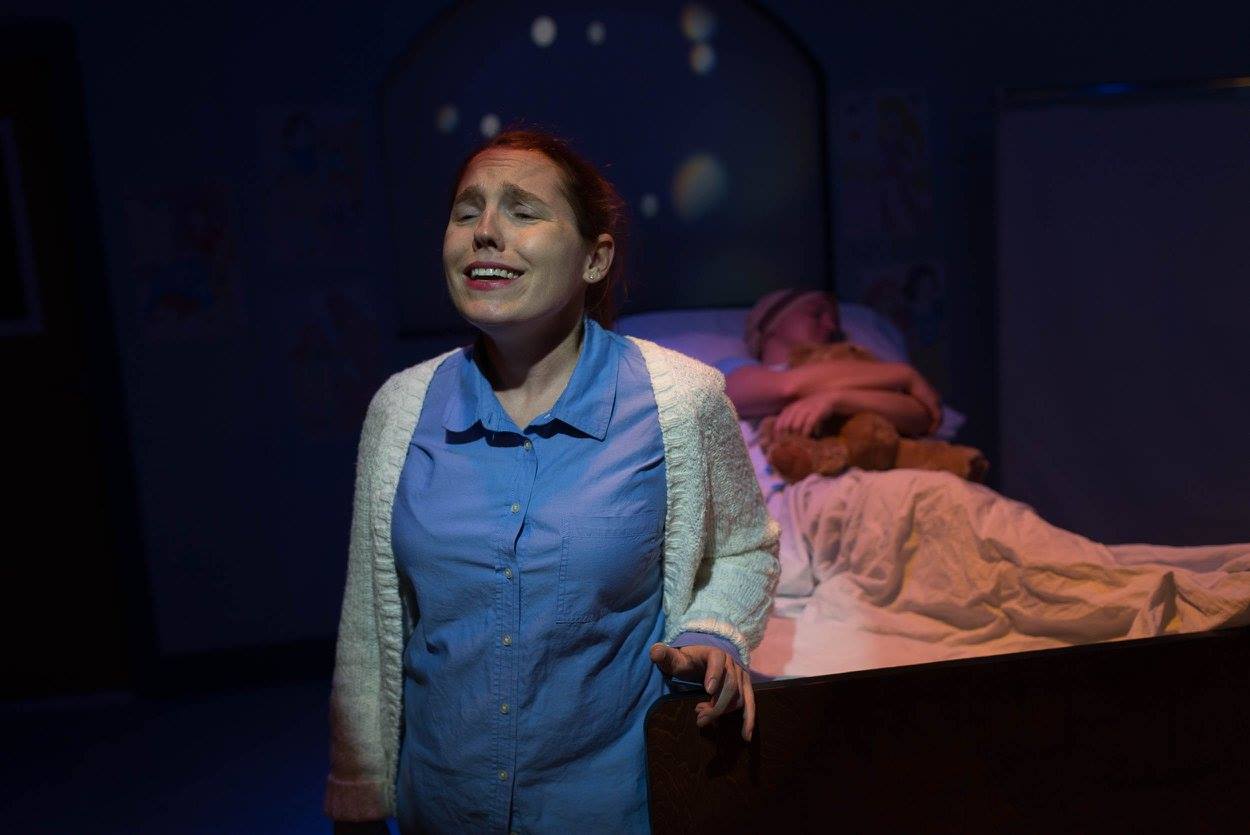 The only real ding on Dani Girl is the song and scene about the kids forming a suicide pact, largely by singing a happy song about it. Not funny, kids. The larger pop culture context currently renders such a scene fairly inappropriate. This reviewer saw the Austin premiere a few days after the death of rock singer Chris Cornell, an apparent suicide. As of this writing Cornell’s family and attorneys are disputing the authorities’ verdict of suicide, arguing that someone so healthy and well-favored in life and art wouldn’t contemplate or carry out such a death. The contrast with a story about cancer-afflicted children singing happily in contemplation of suicide is thoroughly disturbing. In fairness to the plot it must be said (minor spoiler) that the pact was not consummated, at least not directly. 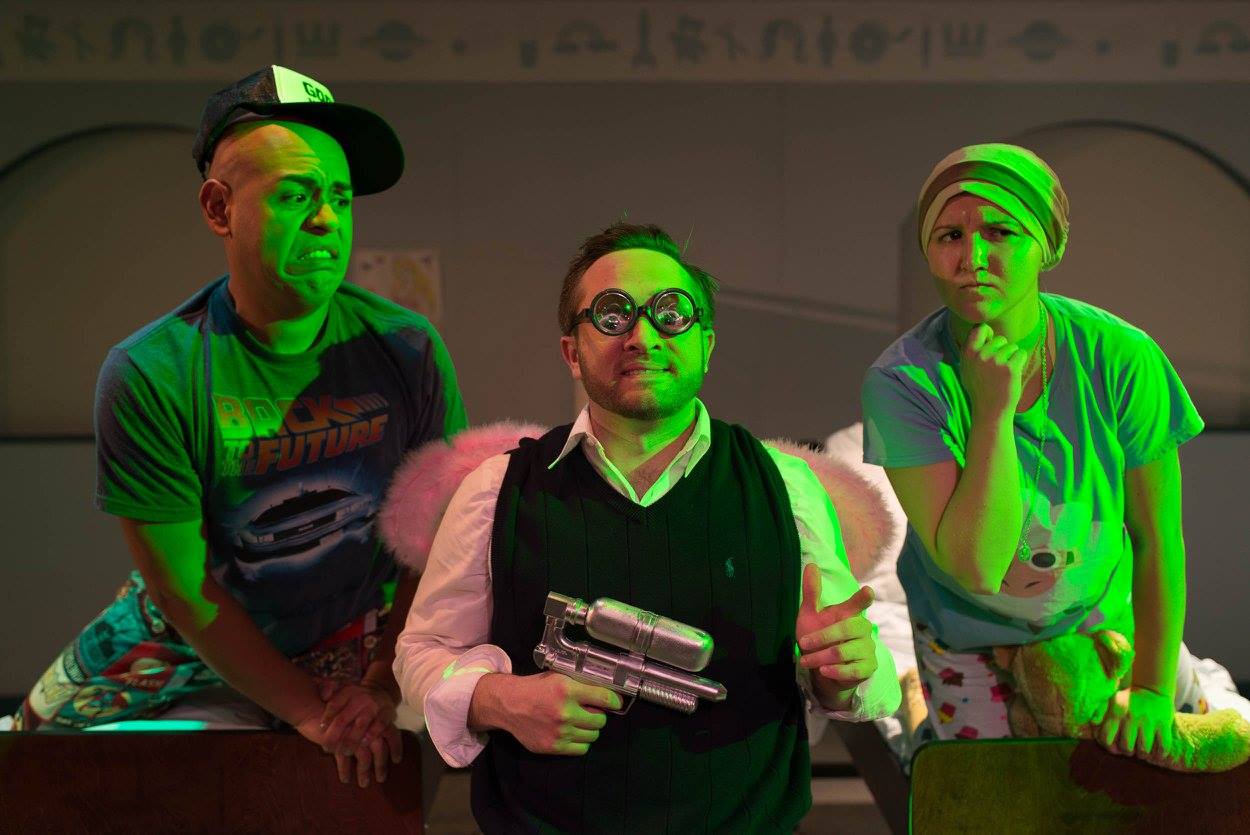 The writers of Dani Girl clearly want to shine a light on the unsettling and the often hidden, and in this they partially succeed. But the absurdist artistic and performance take on suicide was cornered for all time, without a doubt, in the chorus of the theme song of the long-running TV show MASH: “Suicide is painless/it brings on many changes/and I can take or leave it/if I choose.”

In summary, Dani Girl is a musical about children for adults only.Seriously.

Tickets are free. Reservations available from May 5.

Join us for great free art in the heart of Austin! 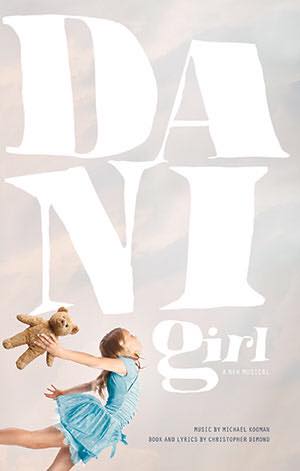