NEVA by Guillermo Calderon is the imagining of life after Chekhov for his widow Olga Knipper, played by Liz Beckham. Knipper was an actress in the Moscow Art Theatre. Her opening monologue sets her in a rehearsal studio in St. Petersburg in 1905, six months after Chekhov’s death. She is worried, as all actors are, that she has finally lost it all, and that audiences will hate her for everything, especially her German origins. They will mock her and speculate among themselves that she actually might have killed her husband Anton Chekhov. (In fact, tuberculosis did him in.) 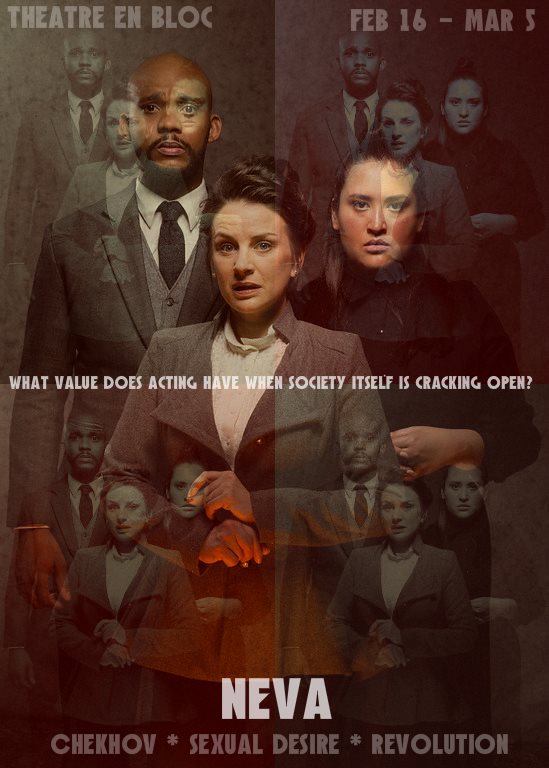 The NEVA of the title is the Neva River that flows through St. Petersburg into the Gulf of Finland a few miles downstream. Peter the Great built the city around the river, starting in 1703. The capital of Russia shifted between St. Petersburg and Moscow a few times. Czar Peter built the city so he could have a westward-facing port for Russia, allowing his country to participate more fully in trade and the geopolitical issues of Western civilization. For Peter and all Russians, the city represented the higher cosmopolitan aspirations of Russia. And the Neva symbolizes Russia itself, flowing out of the heartland through the city and conveying Russia to its fulfillment in the West. The city and river also symbolize Russia’s failings, its embrace of tragedy and keen sense of irony, because the Gulf of Finland and the Neva freeze over solid from November to April, rendering the city anything but a port. 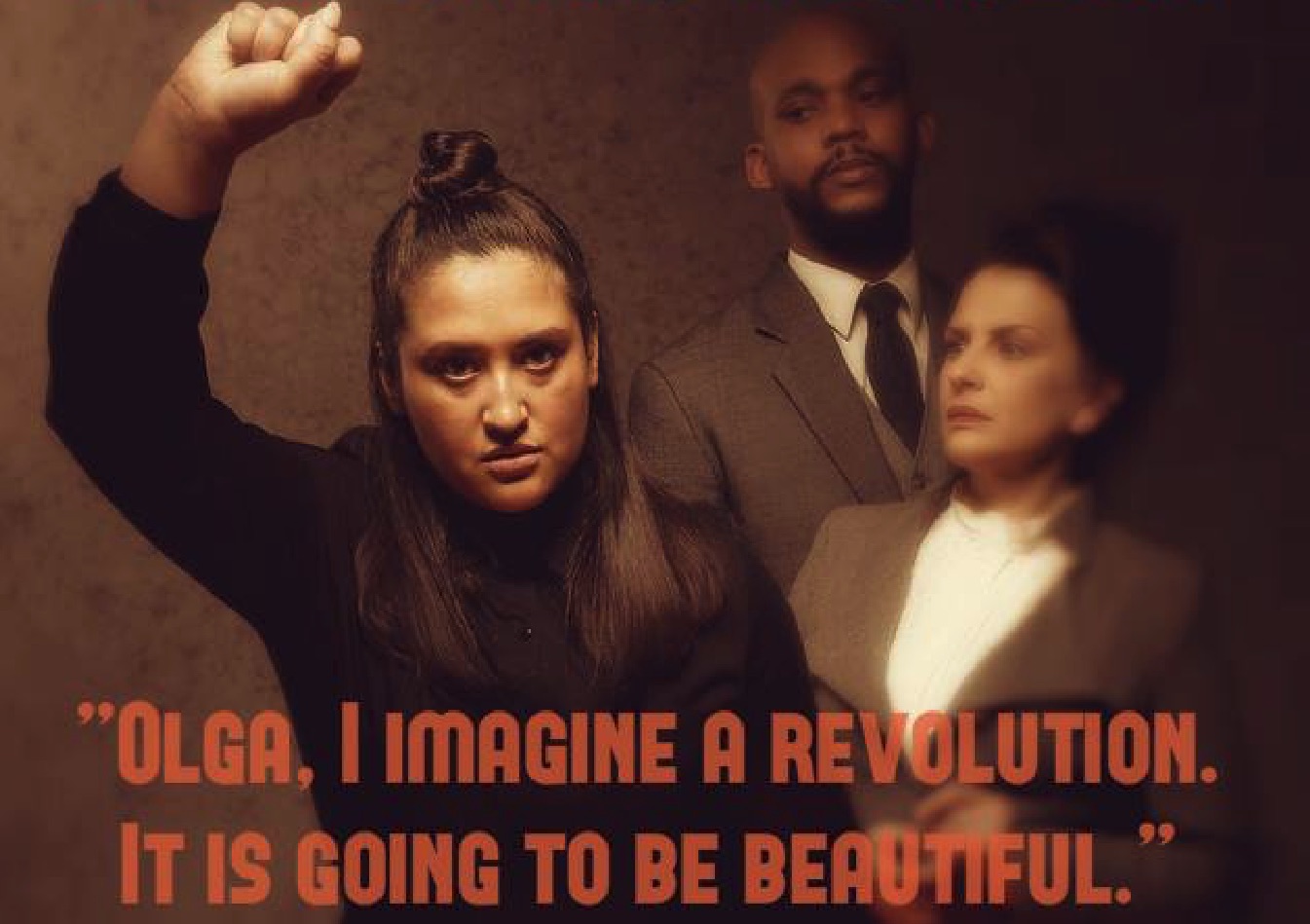 The numerous references to the Neva in the play have high symbolic loading, particularly mentions of victims of both the czars and the revolution thrown into the Neva, revolutionary leaders being spirited away in boats down the river, etc.  The play’s characters seem to be conveying their deep concerns for Mother Russia in a time of revolution.

Olga invites two other actors into the rehearsal hall.  Apparently other actors in the play under preparation may have been killed in the riots outside. This was the precise beginning of the failed, bloody revolution of 1905. So how do actors express their calamitous feelings about the traumatic events gradually engulfing them? They workshop scenes about everything, nit-pick each other’s techniques, and gossip heavily about other actors. Therein lies the dry, tongue-in-cheek humor of NEVA.

Chilean playwright Guillermo Calderon has written a fairly rich, multi-level text to create a revolutionary tragicomedy. Cast members Kriston Woodreaux as Aleko and Lori Navarrete as Masha receive their share of the textual meat and chew it well.

Dialogues carry all of the show. The set is comprised of nothing more than a single ornate prop chair on an otherwise bare Santa Cruz Center stage. Hence the program gives no credit for set design. A single hooded footlight at downstage center serves as an imaginary warming fire in a grate. The period costumes by Jenny Hanna-Chambers hold our place in time. The actors do the rest.

The play is truly a performance vehicle for Liz Beckham. She talks and emotes nonstop as the widow of Chekhov, her character emerging early on as a ditsy and privileged Moscow acting celebrity of the early 20th century. The populace looked to such for guidance and inspiration, but in the time of revolution between 1905 and 1917 there was no good advice. All of Russia was in over its head.

Marketing publicity for the Theatre en Bloc production of NEVA suggests comparing the described Russian situation with political and activist turmoil in the United States today. A certain critical comparison casts shade on the similarities. At the time of revolution, Russians were fighting and dying to get out of Russia but were effectively trapped. Today, people are fighting to stay in the United States.  Street marches we're seeing now are valid protests, but they aren’t like the sanguine revolutionary acts staged in revolutionary Russia, and they are not likely to become such.

NEVA is recommended for those who love a good dialogue play performed by highly competent actors.  It plays from February 16 to March 5, 2017 at the Santa Cruz Center for Culture in east Austin. 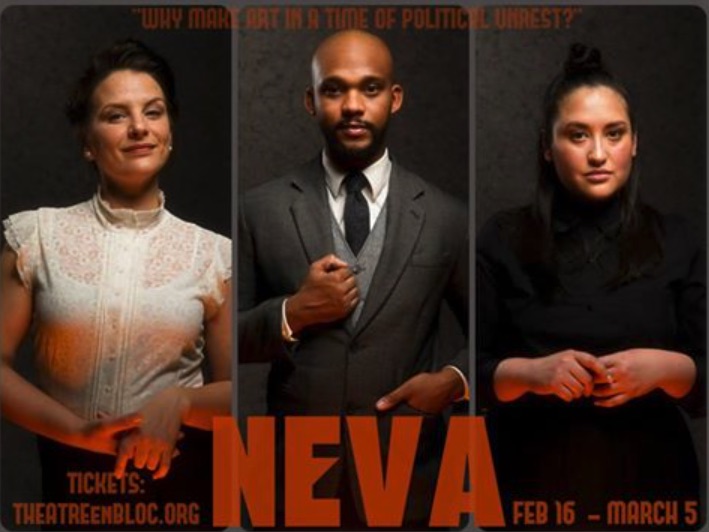