Yes, Virginia, There Is A Santa Claus
by Gaslight Baker Theatre

Two compelling stories come together in this heartwarming play inspired by the famous editorial Yes, Virginia, there is a Santa Claus. On Christmas Eve, 1897, in New York City, eight-year-old Virginia is left pondering whether or not Santa really exists after a series of unhappy events. Meanwhile, a young newspaper editor also struggles against tough holiday times as he is faced with losing his job if he can’t find his writer’s voice by morning. Even though they don’t know each other, the spirit of Christmas is about to bring these people together, creating in the process an unforgettable and cherished part of classic Christmas folklore.

Yes, Virginia, There Is A Santa Claus
by Jamie Gorski
Gaslight Baker Theatre 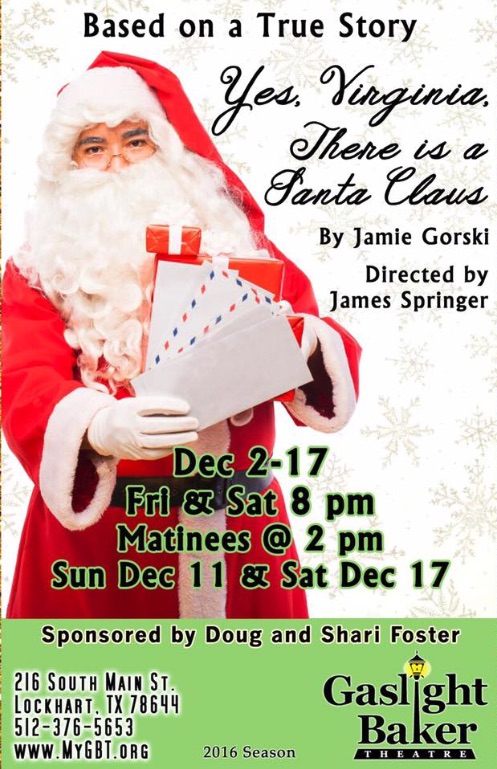 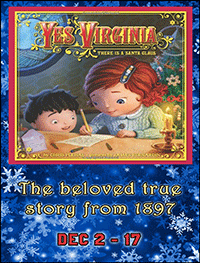 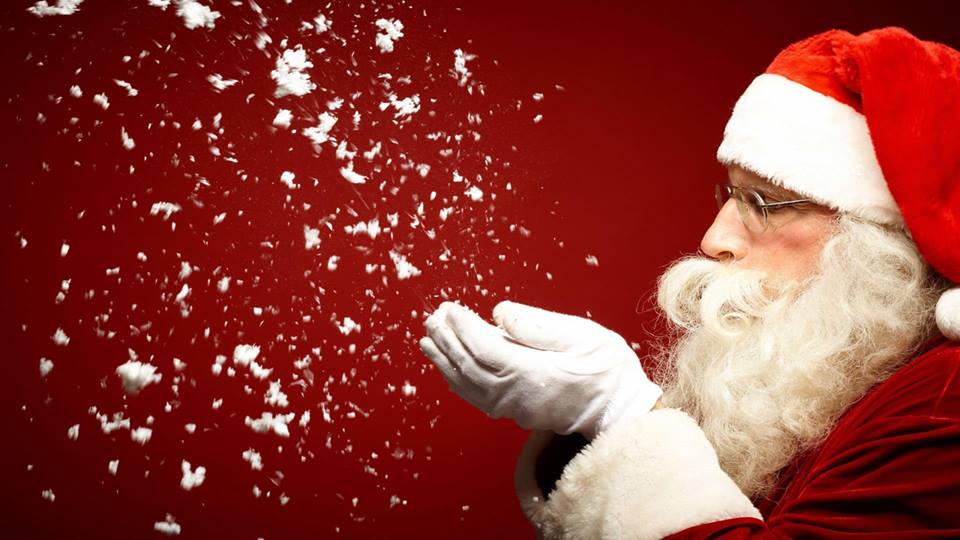