Wish - A Musical Adventure
by University of Texas Theatre & Dance

Wish is a new musical play that celebrates the American Experience with a highly theatrical storytelling style combining the magic, music and optimism of films like The Wizard of Oz and Mary Poppins with the action, adventure and modern mythological storytelling of Star Wars and Indiana Jones. It imagines a “Once Upon a Time” America of 100 years ago, a mythical place where the bold scientific discoveries and inventions of the era meet magic, superstition and wonder. It concerns the magical and perilous journey of young Samantha Major who journeys from east coast to west to find and possibly save her father, the brilliant inventor, Tom Major.

Allen Robertson and Damon Brown have tapped into the talents of University of Texas at Austin Department of Theatre and Dance faculty Lyn Koenning and Natasha Davison and their students to continue to the development of Wish - A Musical Adventure. This workshop performance, featuring a cast of 14 undergraduate students, is the culminating event of their work this semester as they bring this magical musical to life.

ABOUT THE CREATIVE TEAM

Allen Robertson
Robertson is an award-winning composer, playwright, actor, director, sound designer and musician and has worked on hundreds of productions from New York to Japan. He has written book, music and lyrics for 12 musicals as well as music for commercials, dance companies, films, and plays including the off-Broadway hit The Flaming Idiots. As a vocalist he can be heard on national commercials, a children’s television show and on several Disney Records. Robertson is co-creator of the Emmy award winning Biscuit Brothers, a musical education show for young people seen on many PBS stations across the country. As a co-producer, writer and musical director, Allen has written over 100 songs and 60 scripts for the show.

Damon Brown
Brown is a filmmaker and television producer. He is currently serving as a writer, co-producer, director, and performer on a long-running, Emmy award winning PBS musical television series called Biscuit Brothers which he also co-created. Damon’s feature length documentary entitled Burning Man: Beyond Black Rock premiered at the American Film Institute Festival to hold-over audiences. He was also a writer and director for the media project SubstanceTV, producing documen­taries, features, and artist profiles. His feature subjects included: (among others) beat poet Robert Creeley, the launch of musical group The Polyphonic Spree, and author Daniel Quinn. He co-directed news magazine features with subject matter ranging from the terrorist attacks of 9/11 to WEF protests of the early 21st century.

Admission is FREE; Seating is limited. Guests are invited to arrive 30 minutes in advance of curtain to request a seat. The line for admission will not be available until 7:00 p.m. (for April 30 performances) and until 1:30 p.m. (May 2 performance).

The university requires all faculty, staff, students, and visitors to pay for parking on campus. Please be aware when you come to a performance that UT parking has changed and new signage has been posted in regards to the changes. All parking on campus – both ADA and non-ADA requires a permit or payment of fees. A discounted parking rate of $3 can be purchased on-line at:https://utcofaparking.clickandpark.com/venue. The discounted parking is only available online until 10pm, the day prior to an event. Please read signs carefully.

$12 Event Parking is also available for purchase in person on the day of your event at the entrances to the surrounding surface lots and garages.

Ensure that you select “Department of Theatre and Dance” as your venue to find links to parking. 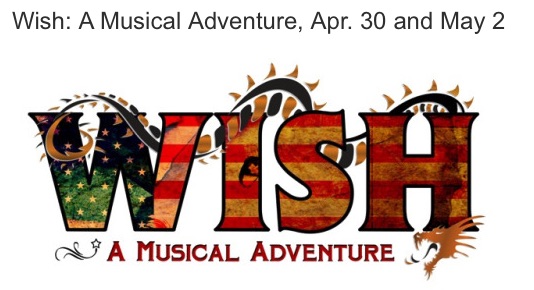