On August 9, 1974 President Richard M. Nixon ceremoniously left the White House after he resigned the highest office in the country. Only in Austin, Texas would there be a Rock Opera to celebrate the 40th anniversary of that event!

On Saturday night, August 9th, a one-time-only performance of Welcome to Nixonia will premiere (and close) at the Vortex. The multi-media musical homage to the turbulent strife and times of former President known as “Tricky Dick” will be performed by local band Jack’s Garage with a dozen original songs for the show. The comedic musical tragedyreflects the fears, hopes, and dreams of many Americans who came of age under the influence of Nixon’s paranoid leadership, whose influences can still be felt in the partisan divide of today.

This “happening” is free and open to the public. Doors open at 7pm. Come early and enjoy food and refreshments from Patrizi’s Italian Food Truck and the Butterfly Bar. 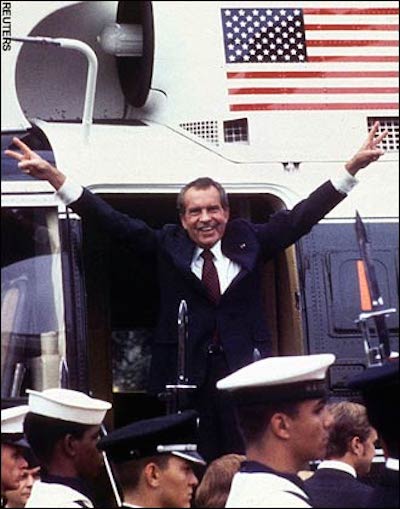