Crisscross Theatre presents Walter Cronkite is Dead at the Price Center in San Marcos. Ellen Massey and Nina Bryant star in this charmingly poignant comedy by Joe Calarco. Forced together for a long night in a public place, two strangers have no choice but to share a bottle of wine and begin to talk... and to listen. Yes, Walter Cronkite is dead, but his wisdom and compassion lives on in this insightful comedy about what might be possible if people from opposite sides of the political aisle would stop shouting and take even one night to listen. 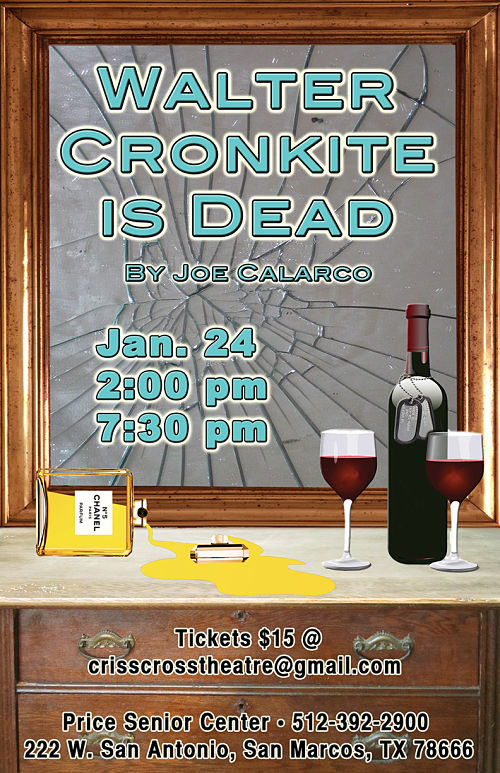