Wait Until Dark
by S.T.A.G.E. Bulverde

Wikipedia:  Susy Hendrix is a blind Greenwich Village housewife who becomes the target of three con-men searching for the heroin hidden in a doll, which her husband Sam unwittingly transported from Canada as a favor to a woman who has since been murdered. 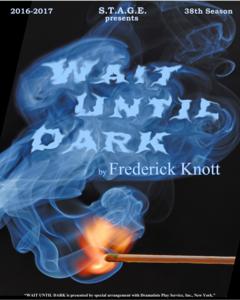