The VORTEX Saturday Reading Series is proud to present

Kyle and Mason were collegiate revolutionaries, two young men willing to put everything on the line for black liberation. More than two decades later, a new revolutionary movement is fighting fire with fire in the name of black lives, and the two men, now successful professionals, have come back together to reminisce, play chess, debate, strategize and open up a very important briefcase. The VORTEX is proud to bring together Zell Miller III and Marc Pouhé, two living legends of the Austin theatre scene, to bring to life Lisa B. Thompson's powerful drama that asks what you must do--and how far you must go--in the name of your people.

Other full-length plays include the one-woman show Dreadtime Stories: One Sista’s Hair; Monroe; The Mamalogues; and Underground; short plays including I Don’t Want to Be, Black Lives Matter: Three Words, Legacy, Second Grade, Night. Her satirical comedy Mother’s Day, the first installment of her Afro-futurist trilogy of short plays, was featured in the 2013 anthology show, Black Women: State of The Union and won Best of Fest at FronteraFest 2013. Watch, the second installment in her Afro-futurist trilogy, Watch, premiered in Carry On, the Scriptworks Out of Ink Festival 2016.

Thompson is Associate Professor of African and African Diaspora Studies and affiliate faculty in the departments of English, Women and Gender Studies and Theatre and Dance at the University of Texas at Austin. She received her BA in English and MA in African American Studies from UCLA and her Ph.D. from Stanford University Program in Modern Thought and Literature.

Please join us at 2 pm on Saturday, June 18, 2016 at The VORTEX to share your thought on this play as we develop it for our upcoming 2017 season. 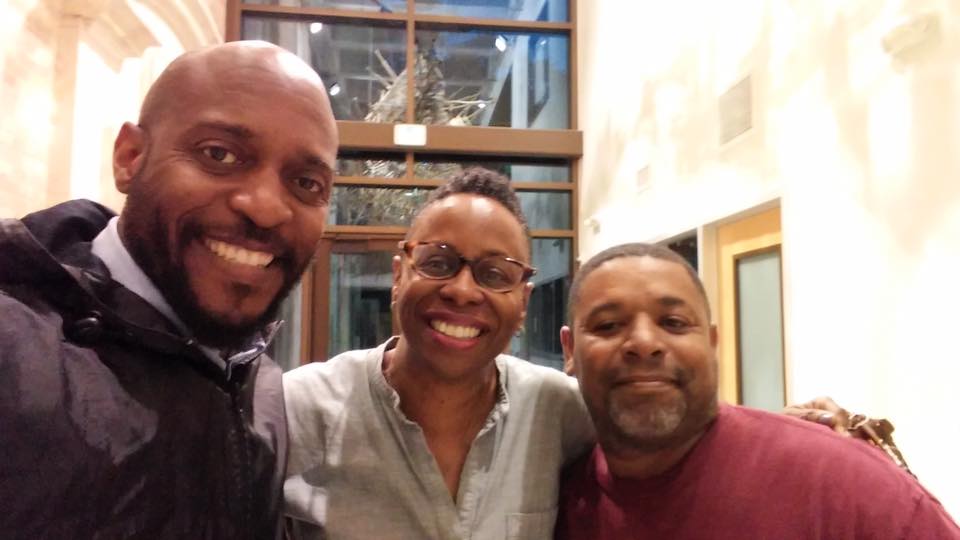