Two Sisters and a Piano
by Playhouse San Antonio

The Cellar Theater of The Playhouse San Antonio presents its closing production of the 2015­16 Season, Nilo Cruz’s Two Sisters and a Piano. The play is directed by Omar Leos.

Set in 1991, during the Pan­American Games in Havana and while the Russians are pulling out of Cuba, this play portrays two sisters, Maria Celia, a novelist, and Sofia, a pianist, serving time under house arrest. Passion infiltrates politics when a lieutenant assigned to their case becomes infatuated with Maria Celia, whose literature he has been reading.

"The beauty of TWO SISTERS AND A PIANO is its refusal to paint characters in black ­and ­white. Cruz's tightly constructed study of incarcerated sisters—provides the spine for an authentic study of oppression that bends but never breaks the human spirit." — Variety .

Two Sisters and a Piano takes place during a tumultuous time in Cuba’s history. With the Soviet Union crumbling, Cuba was redoubling its efforts to enforce its harsh social and political ideology, cracking down hard on artists and writers thought to be inciting dissent. Maria Celia and Sofia were once the toast of the artistic and intellectual crowd in Havana but were imprisoned for writing in support of Perestroika.

"What has been exciting for me about directing this production is seeing Cruz's poetry come alive. The actors involved are doing an amazing job with his words." ­ Director Omar Leos

Playwright Nilo Cruz was born in Matanzas, Cuba in 1961 and he immigrated to the "Little Havana" area of Miami in 1970, and eventually became a U.S. citizen. His interest in theater began with acting and directing in the early 1980s. In 2001, he served as the playwright ­in­ residence for the New Theatre in Coral Gables, Florida, where he wrote Anna in the Tropics, which won the Pulitzer Prize for drama in 2003 and received its Broadway premier in 2004, starring Brooklyn College alumnus Jimmy Smits, '80.

Two Sisters and a Piano debuted at the McCarter Theater in Princeton, NJ on Feb 16, 1999. Since then, it has appeared numerous times on off­Broadway theaters and is often cited as one of the premiere pieces of Latin theater.

Two Sisters and a Piano runs Jul 29 ­- Aug 21. For tickets and more information call The Playhouse Box Office at 210.733.7258 or visit the website at www.ThePlayhouseSA.org . Seating for patrons with mobility issues and their companions is available. 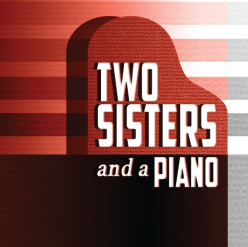