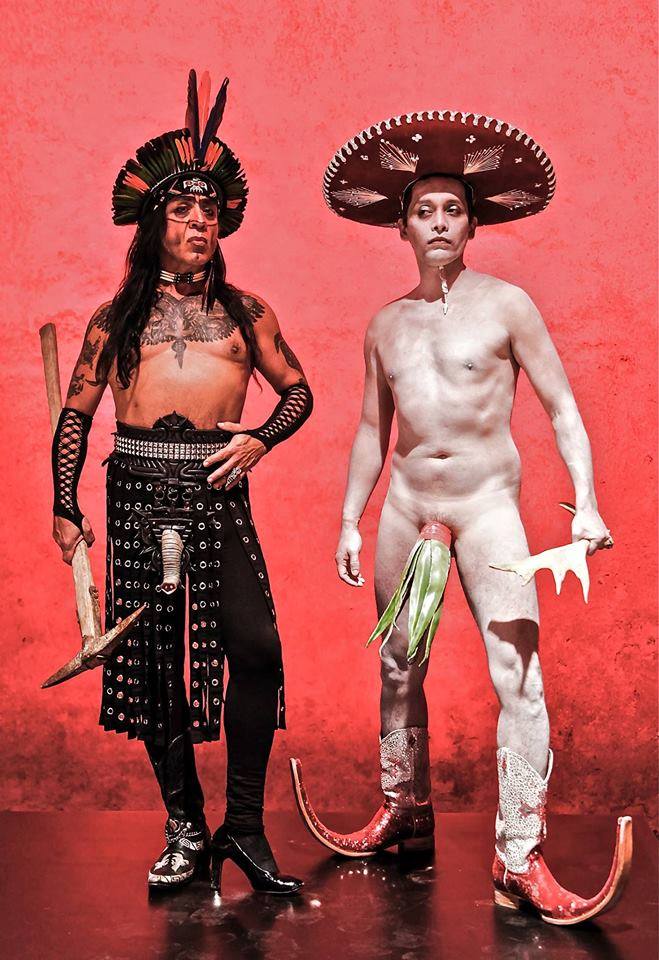 This hybrid performance by La Pocha Nostra (Guillermo Gómez-Peña, Balitronica Gomez and Saul Garcia Lopez) is a ritual action, participatory performance involving Xochipilli the Corn God, a human body, an acupuncturist and live spoken word interventions. The live actions re-imagine a new political iconography aiming to reconfigure the dreams and nightmares of our current times. The daring shamanic and psychomagic actions call for the reinvention of identity and draft a new collective territory for “artivism”. This performance is considered a ritual of social transformation.

As in most Pocha Nostra events, audience members are invited by the artists to participate in this bizarre experiment and to help the performers transform the images live. La Pocha Nostra, “the most influential performance troupe of the last 10 years” (El País, newspaper) is known for its radical and interactive performances dealing with issues that equate the human body with the political body and frontally address complex issues surrounding gender & ethnic identities, migration, the politics of new technologies and language.

Feature by Marisela Barrera in the Rivard Repoert, November 18, 2016

$5 at the door / Reservations not required 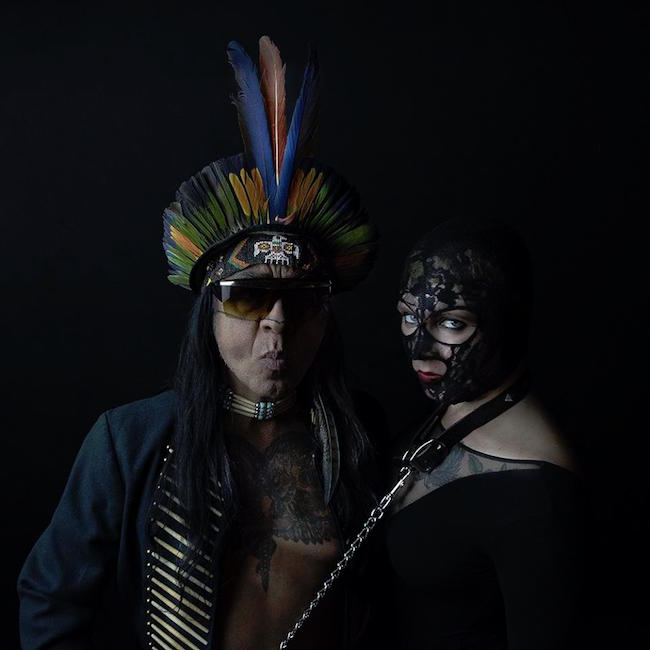