To Kill a Mockingbird
by Emily Ann Theatre

It's 1935, and racial tensions are high in Maycomb, Alabama. Nonetheless, young Scout manages to live a carefree, privileged existence, insulated from issues of race. All that changes when Scout watches her father, Atticus Finch, defend an innocent man, Tom Robinson, against a potential death sentence, which looms threateningly against him because of prejudice due to race. Scout begins to realize that just because society portrays something as being true doesn't mean that it actually is fact.
With the help of Atticus, and her older brother Jem, Scout learns that "growing up" often means doing what is right, even when it comes at great cost. To Kill A Mockingbird is now considered an American masterpiece about the power of childhood innocence, morality, and love. However, it is important to note that the author, Harper Lee always defined it as a simple love story.
Directed by Jeremy Torres (head of the BFA Performance program at Texas State University) and featuring Hallie Strange as Scout. 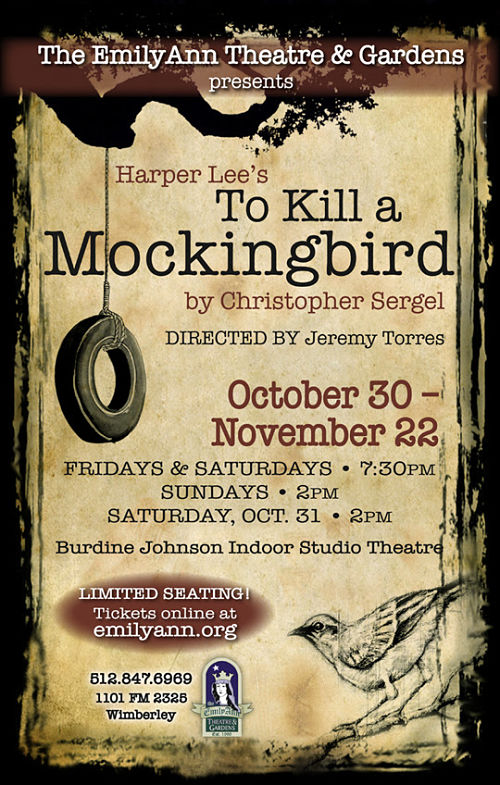