The Trojan Women
by University of Texas Theatre & Dance

First presented in 415 BCE, The Trojan Women begins after the fall of Troy, met with grieving gods and the female prisoners along with the now dethroned Queen Hecuba, gathered together to await their fate as slaves of the Greek victors. The herald Talthybius arrives to execute the son of Hector, along with Menelaus, general of the Greek army, who seeks to reclaim his wife, Helen of Troy.

From the Director.  Euripides was known as “the poet of the world’s grief.” Edith Hamilton writes, “In this play about war, Euripides sounds the deepest depths of that grief. How not, he would have said, since no other suffering approaches that which war inflicts.”

In the face of this suffering, this play examines, through exploration of character and tragic circumstances, the inextinguishable ties and radical love of family and community that endure despite inhumanity, powerlessness, violence, and death.

"In spite of the fact that the play is 2000 years old, we see the circumstances of these defenseless women of Troy acted out everyday on our present world stage. As an audience we are offered the opportunity through the production to re-awaken ourselves to the damage of war and violence, and open our hearts to the plight of its victims."

The Trojan Women
by Euripides
University of Texas Theatre & Dance 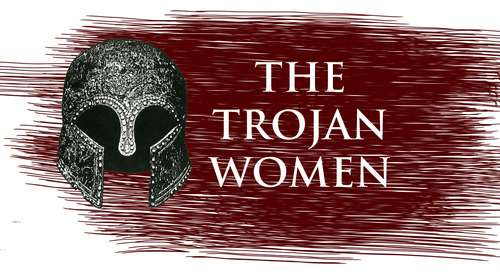