The Tempest
by Renaissance Austin

Taking Shakespeare to new heights, Renaissance Austin Theatre in a unique collaboration with Sky Candy Aerial and Circus Arts Collective, presents a magical, fantastical journey through Prospero’s island, where spirits soar through the air and nothing is quite as it seems. This new Shakespeare adaptation will delight and surprise you. The Tempest: An Aerial Tale is as beautiful as it is mesmerizing. While Prospero wreaks revenge on his brother, Caliban schemes Prospero’s downfall and Miranda and Ferdinand figure out the terms of their love. The ship-wrecked royals and their servants plot to turn the island into their own personal kingdoms and the sprite Ariel is anxious to be released from servitude to Prospero. The spirits of the island frolic while a dark presence lurks in the shadows. 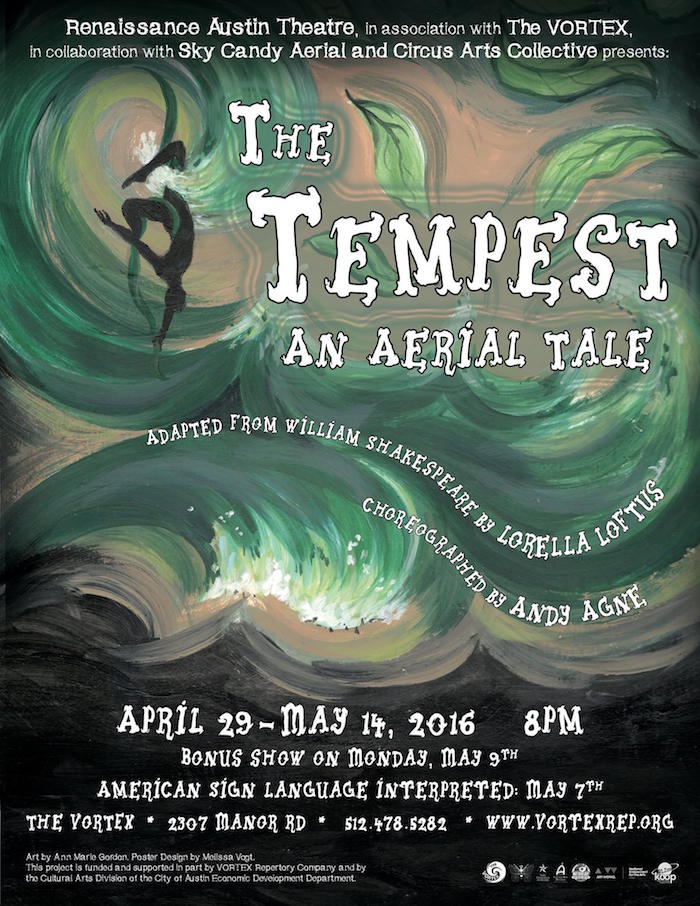